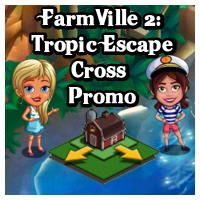 FarmVille wants YOU to try FarmVille 2 Tropic Escape & they're  offering up to 5 free land expansions & some consumables in FarmVille 1 for doing so. It's all on the new upcoming Coastal Countryside Farm as Emma & Kate guide you through the Tropical Market main feature. Check out  the cross promo info & please share...

Please note that this is an unreleased feature and can change at any time either prior to or after release at the will of the FarmVille Studio. The information contained herein is the best available to us at press time.

First to be clear - FarmVille 2 Tropic Escape is a different game.

is to play FarmVille 2 Tropic Escape and earn Escape Tokens

There will be a button within the Tropical Market  feature to take you to FarmVille 2 Tropic Escape. 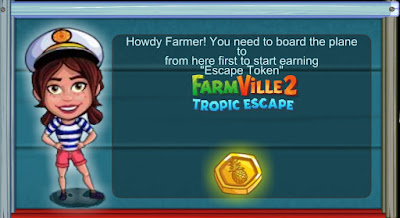 After clicking the button, you will get a pop-up confirming that you want to go to the other game. FarmVille 2 Tropic Escape will open in a new tab if you consent. 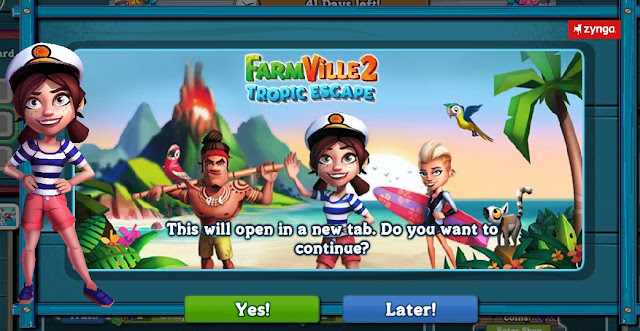 It appears that a trailer will play, showing us what we need to do in FarmVille 2 Tropic Escape. 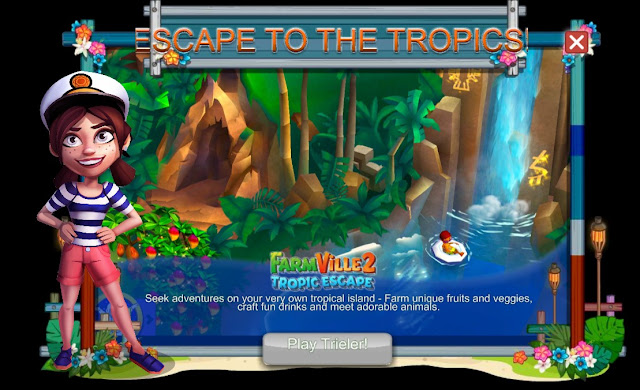 It is available to play for free  on Android, iOS and Amazon Fire as well.

but we would advise going in through the button in the Tropical Market FarmVille 1 feature in the browser until/ unless you are sure other methods will count. 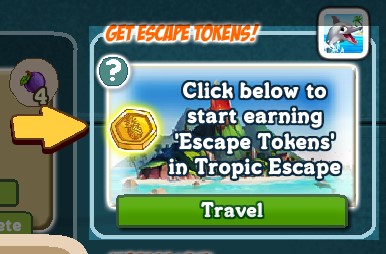 Emma will be our guide for the Tropical Market feature.

We will also have the opportunity to take a plane to help her cousin Kate on FarmVille 2 :Tropic Escape.

We will be completing tasks in FarmVille 2 : Tropic Escape to earn Escape Tokens to use in  FarmVille 1. 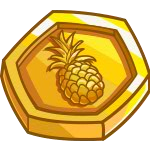 It appears that we will get double Escape Tokens on our first trip to Tropic Escape. We're not sure if this means through the button or as a new player. Let us know if you get yours and you have played FarmVille 2 :Tropic Escape before entering through this feature. 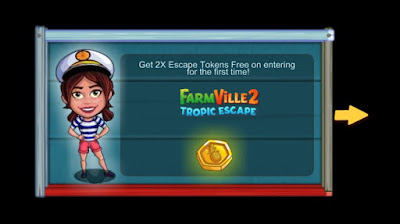 Now for the land - you will be able to unlock 8 land expansions instead of the usual 9 through the tasks we do to earn expansions every farm. There are then 5 More land expansions that we can unlock with Escape Tokens. This means you can earn up to 13 free expansions this farm.

Let's have a look at what the Escape Tokens we earn can do for us.
They can give a boost to our tasks in the Tropical Market feature, giving us double produce for every task we complete while the boost is in effect. 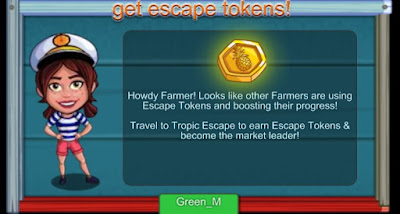 It currently appears that it will cost 3 Escape Tokens to start a boost. 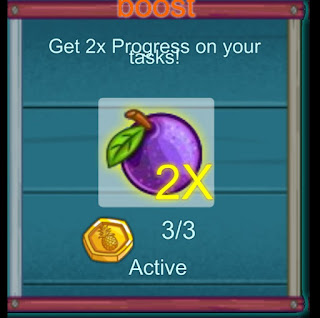 When you activate a boost, it is active for only 5 tasks - so choose wisely to get the most produce for your tokens. 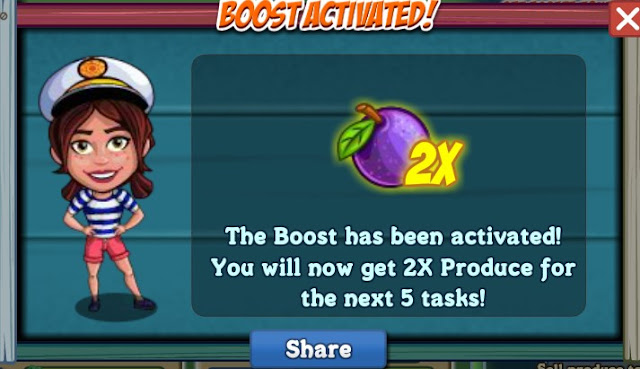 When the boost is in effect, the produce will show 2x on the icon as shown below.
When the boost expires, you will be notified with a pop-up. 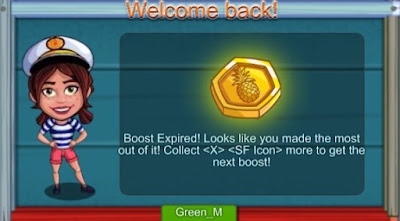 Be careful using them - remember your produce silo  space is limited, so make sure you have enough room for double produce before activating the boost. 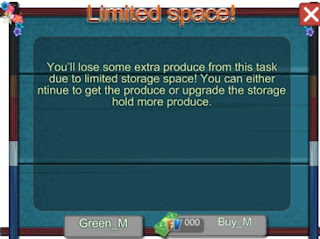 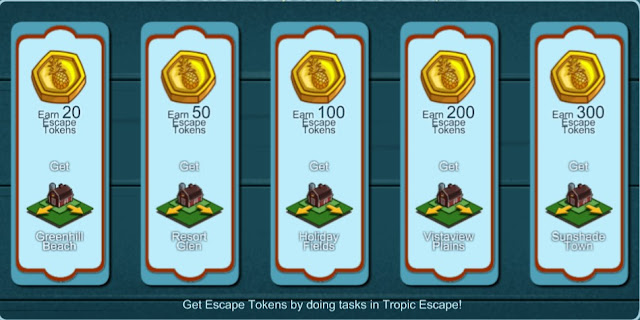 While playing Tropic Escape, you will be able to find the quests that you need to complete to earn your Escape Tokens by clicking the FV icon in the upper right. 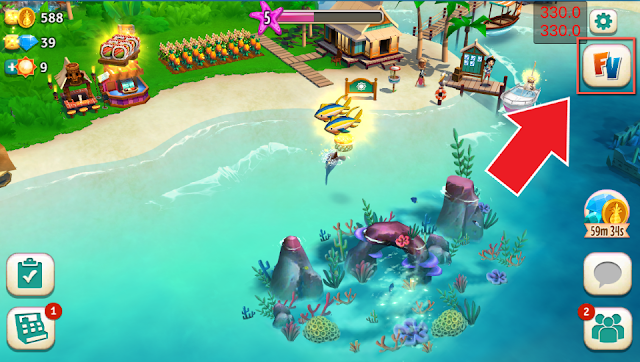 Each time you earn a new escape token, the game will prompt you to go back to FarmVille to use it. 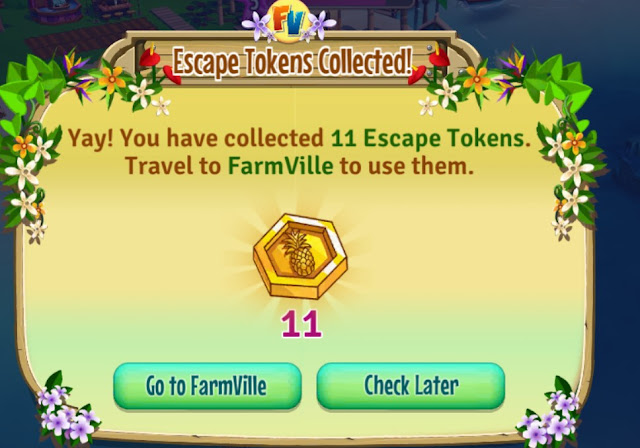 We will be doing planting and crafting tasks to complete the quests.The quest tasks cannot be skipped or paid through with either game's currency. The only way to proceed is to complete them. 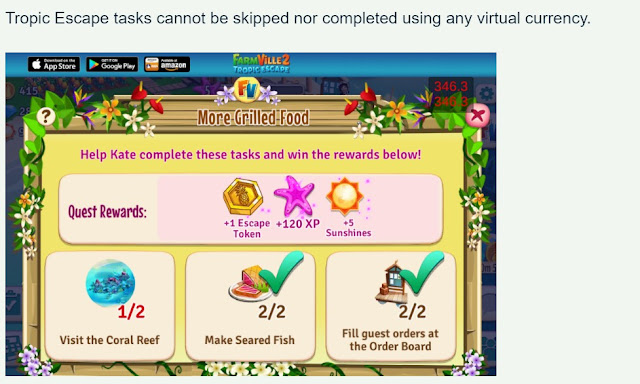 Here are a few of the  early quests as an example. 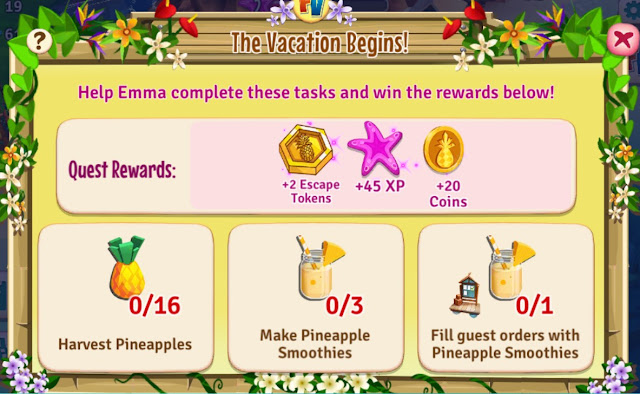 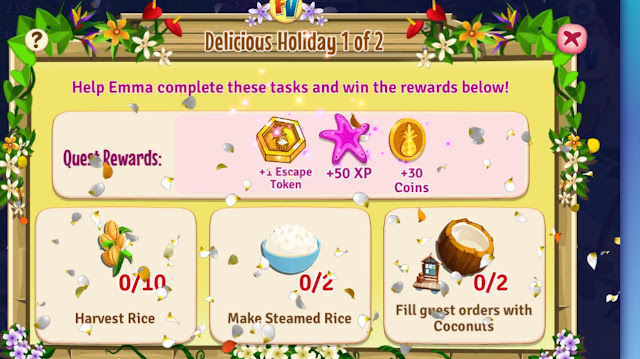 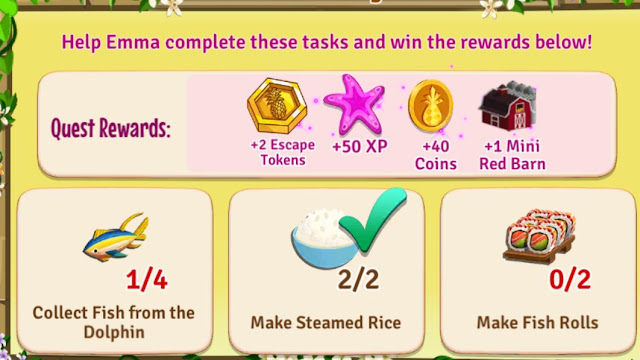 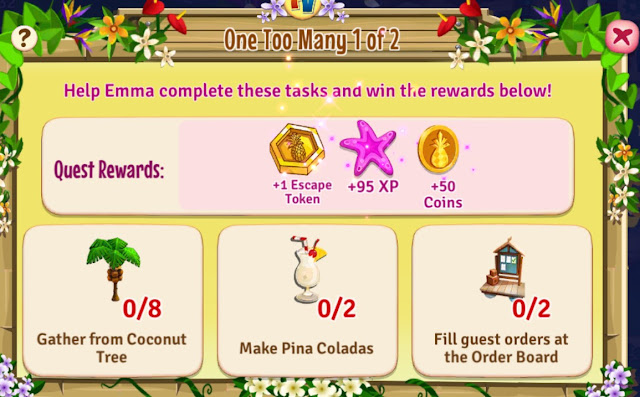 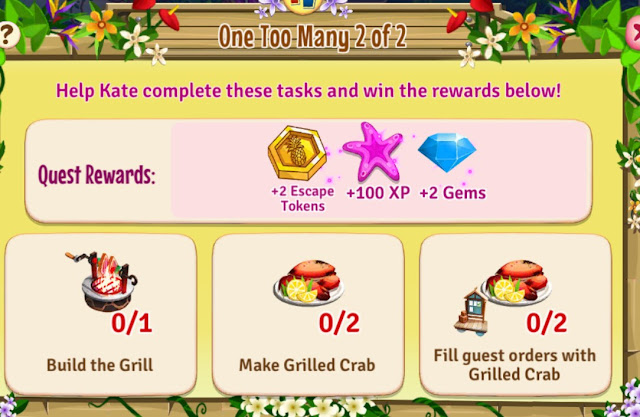 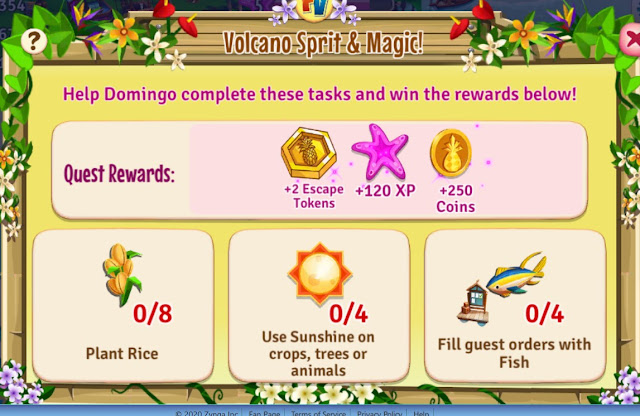