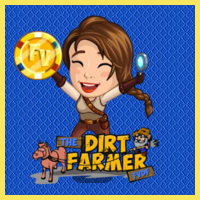 Starts Monday April 29, 2019 The FarmVille Studio is trying out a  spin on the old co-op feature. A hybrid of the social/ team aspect of the co-op, order boards like those on every new farm main feature & an in-feature spin on the old, somewhat unpopular FarmTalk feature. Another unusual aspect to this feature, it currently appears that clan creation only will release on the above date, You will have one week to join or build your team without distraction. Adventure Isle, its tasks & rewards release on May 6th. 2019. After the 6th, you cannot leave or be kicked from a clan so choose wisely. Check what your Dirt Farmer team has found for you below and make sure to share our post if you like it. 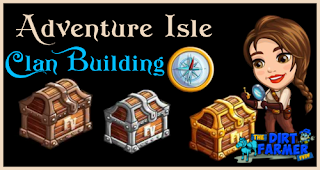 Please note that this is an unreleased feature and may change prior to or after release, as determined by the FarmVille Studio.
When the clan creation feature is released, we will get a pop--up offering us a scratch off card. 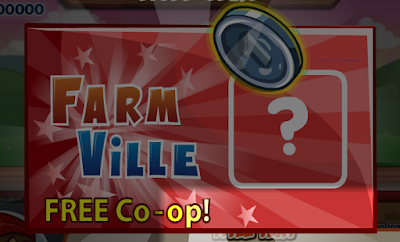 If you win, you get to start your own clan for free. 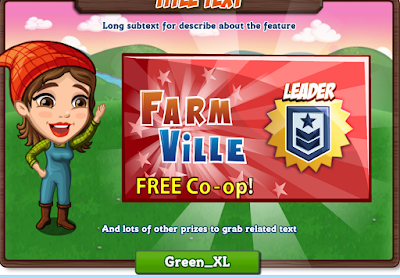 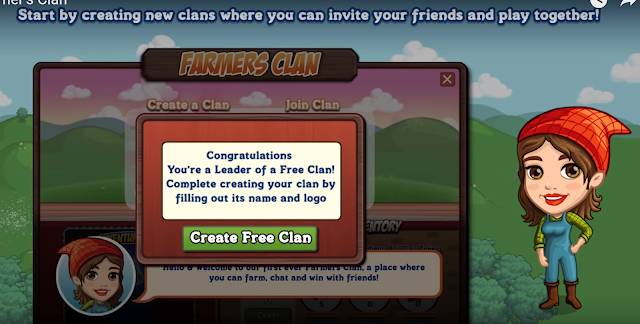 If you do not win, you will be invited to browse and join a clan of your choice. (If you do not win and still want to control your own clan, you may purchase one for 10 farm cash) 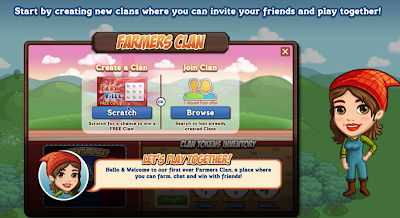 The farmer's clan will be accessible from the upper right side of the game, beneath the farm name, where the stats bar is usually placed.

In a helpful change to the old co-op feature, which often left farmers frustrated by   folks who joined, then refused to contribute, the new co-ops will give you the option to set your clan to private or public and have more control over who can join if you so choose.

If you set your clan to private, players can request to join, but you must approve them before they become members. If you do not want someone who requested to join in your clan, you may decline the request. If your clan is public, others may join at will.

If you win a clan you will be invited to set it up. First you must choose a logo for your clan. Your logo options  are shown in the table below. It is not possible to upload a custom picture.

Then you will choose a name for your clan - you can type in any name you wish, within Farmville's  family friendly language limits. 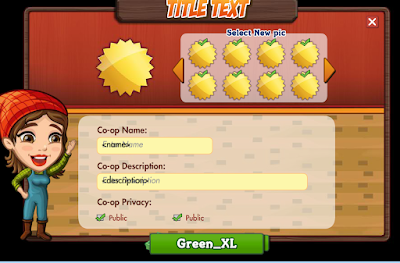 It does not matter if your clan has the same name as another, it will be identified by the unique id that the game assigns you. 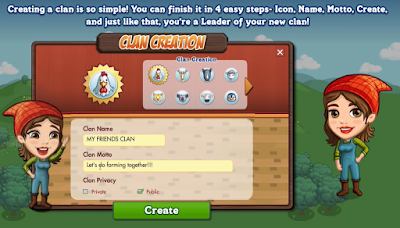 That's it! Time to build your team of helpers. 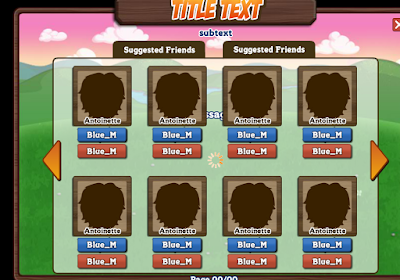 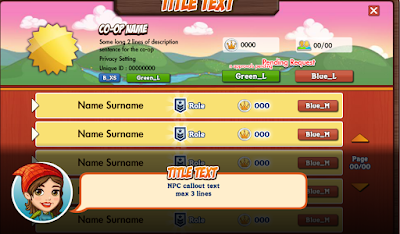 if someone invites you to join their clan the invitation will be at the top when you browse. You can join or ignore the invitation. Note if you are not the leader, co-leader or general in your private clan and you invite someone, you will need to wait for one of them to accept the person after they join.

You will need 80 clan tokens to play the Adventure Isle feature when it is released.

Clan Tokens can be obtained with in-feature crafting,

Or by asking friends for 5 every 4 hours. Every time you send one to a friend it will be removed from  your personal inventory. It is not your typical help. You do, however, earn stat points to use later for helping.

You will  need 80 tokens to play Adventure Isle when it releases on May 6. Until you have 80, your play screen will look like this. 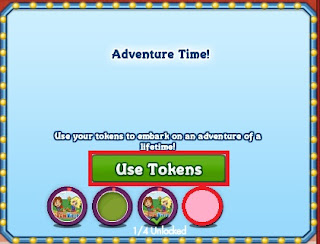 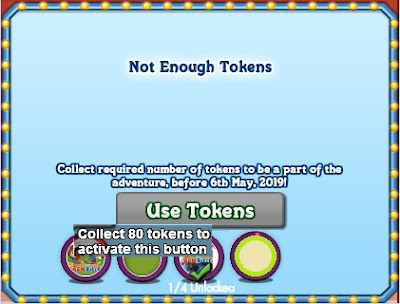 Once you have met the requirement of 80, you will be able to start using your clan tokens for other things within the feature once it releases 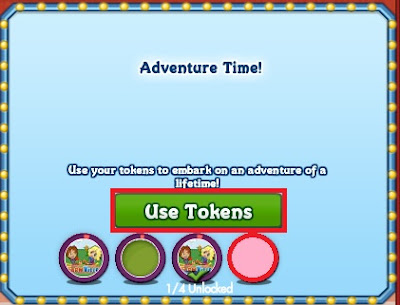