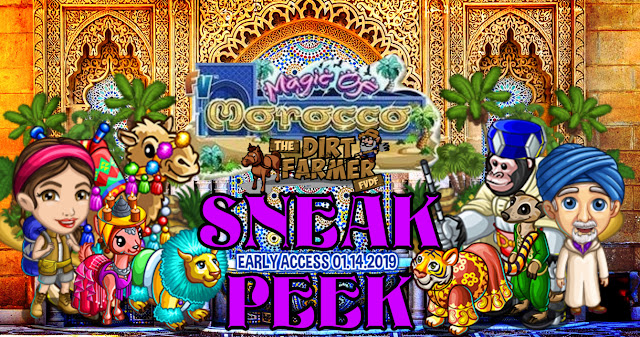 Hello Farmers!! Farmville Magic Of Morocco Farm EARLY ACCESS is on January 14th. Here is a SNEAK PEEK of this NEW Farm. Please share with your friends and stay tuned for more updates!

Casablanca is home to Hassan II Mosque, an Islamic landmark with a 210m minaret, and the city of Fes is notable for its medina, Fes el Bali. Elsewhere in Morocco, historic sites include earthen-walled Aït Benhaddou (a fortified trading post) and the Roman site Volubilis, which has ruins of a basilica and triumphal arch. Visitors can take camel rides across the Saharan dunes of Erg Chebbi and Erg Chigaga, or go hiking and skiing in the central Atlas Mountains. Beach destinations include the resorts of Essaouira, a windsurfer favorite, and Agadir, known for its crescent-shaped bay.

Mountains & Desert. From Saharan dunes to the peaks of the High Atlas, Morocco could have been tailor-made for travellers. Lyrical landscapes carpet this slice of North Africa like the richly coloured and patterned rugs you’ll lust after in local cooperatives. The mountains – not just the famous High Atlas but also the Rif and suntanned ranges leading to Saharan oases – offer simple, breathtaking pleasures: night skies glistening in the thin air, and views over a fluffy cloudbank from the Tizi n’Test pass. On lower ground, there are rugged coastlines, waterfalls and caves in forested hills, and the mighty desert.

Ancient Medinas. Morocco's cities are some of the most exciting on the continent. Join the centuries-old trail of nomads and traders to their ancient hearts, from the winding medina maze of Fez to the carnivalesque street-theatre of the Djemaa el-Fna in Marrakesh. In the rocky deserts medinas are protected by kasbahs, on the coast by thick sea walls. But it's not just a heritage trip, as Morocco's cities are forward-facing too, with glitzy new urban design in Casablanca, Rabat and Tangier looking to the future as well as paying homage to their roots.

Moroccan Activities. Enjoying Morocco starts with nothing more strenuous than its national pastime – people-watching in a street cafe with a coffee or a mint tea. Use the opportunity to plan your next moves – hiking up North Africa’s highest peak, learning to roll couscous, camel trekking in the desert, shopping in the souqs or getting lost in the medina. Between the activities, you can sleep in boutique riads, relax on panoramic terraces and grand squares, and mop up delicately flavoured tajines – before sweating it all out in a restorative hammam.

Traditional Life. Morocco is a storied country, that has, over the centuries, woven its ties to Sub-Saharan Africa, Europe and the wider Middle East into whole cloth. Its mixed Arab and Berber population forms a strong national identity, but an increasingly youthful one, taking the best of its traditions and weaving the pattern anew – from the countryside to the city, from the call to prayer from the mosque to the beat of local hip hop. Morocco has a hundred faces and sounds, all ready to welcome the traveler looking for spice and adventure.

The main feature of the Farmville Magic Of Morocco Farm, will be ADELE BISTRO. Help Adele open her dream Bistro and win rewards along the way. Work on daily challenges, complete the 3 milestones of the feature and harvest everyday until March 11th, 2019.

CHARACTERS! Meet the characters that will be playing with us on this NEW Farm! Adele, Affan, and Ali! 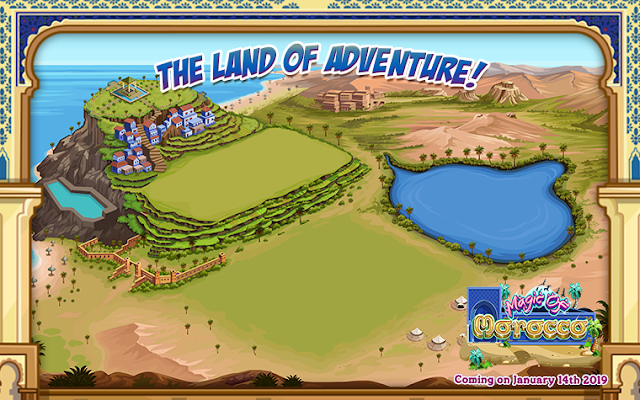 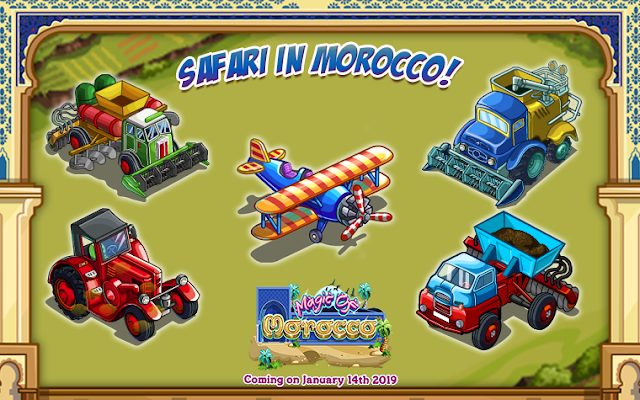 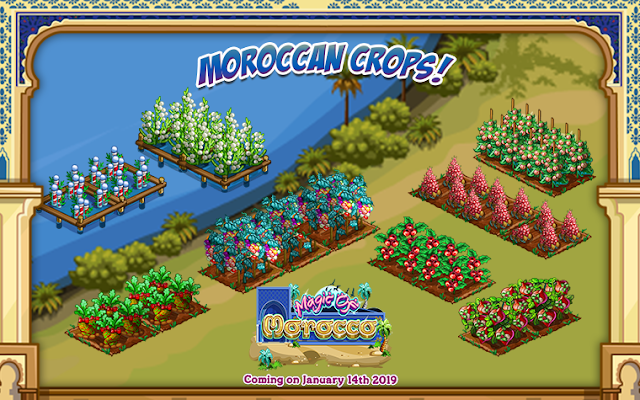 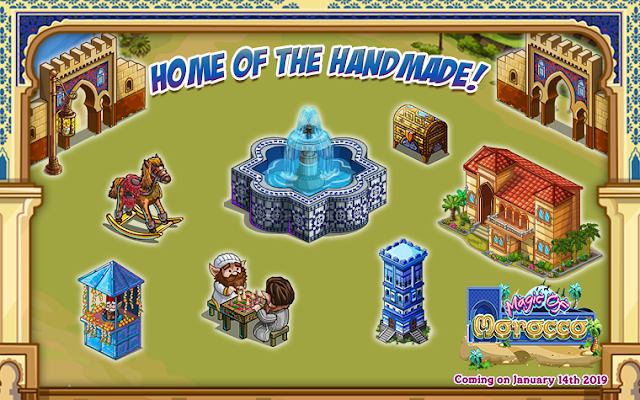 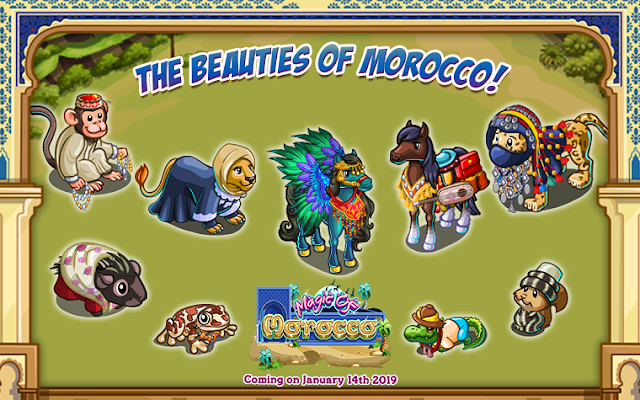 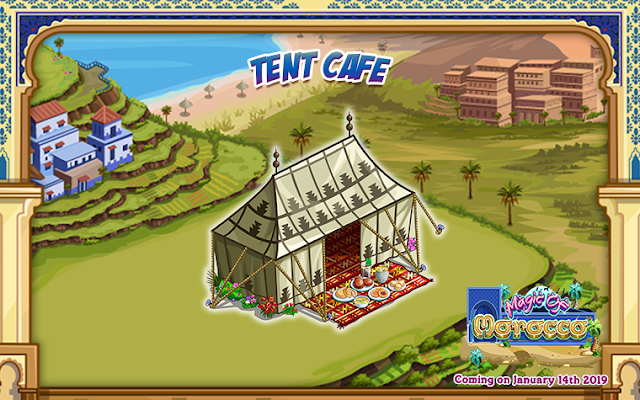 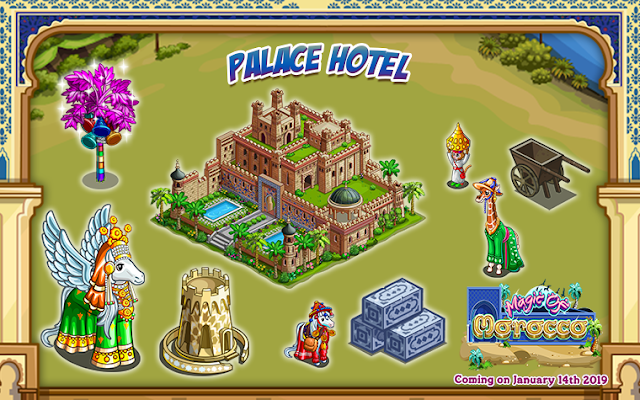 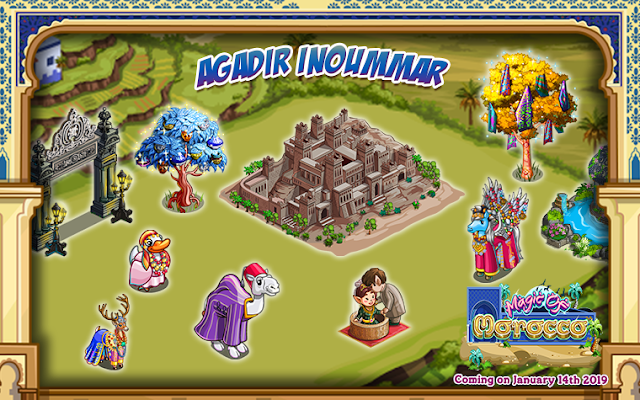 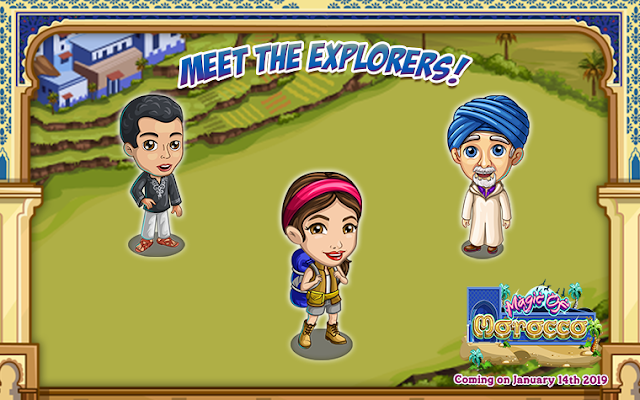