Do you know what KAPUT means? From German kaputt, though more often rendered kaput in English; via Yidish קאַפּוט‎ (kaput, "lost, dead"). According to the Cambridge Dictionary, the definition of KAPUT is: severely damaged, broken or not working correctly.

The main feature will be the MAD MARBLE MACHINE and we will be joining Hinks Marbles to invent MARBELOUS BEASTS!

There will be an unknown mysterious "thingy" to harvest daily for treats and we will also earn Firebolts by doing tasks.

The PRIZES you can get when you get enough of a part are a Spikey Back Pig, a Mutated Cat, a Fangy Drac Giraffe, a Scary Trunk Elephant, a Web Ears Duck, a Four Eyes Chicken, a Pink Blob Sheep, a Monstrous Goat, a Furry Monster Llama, a Cute Monster Lion, an Ogre Gorilla, and a Glowing Mummy Camel. 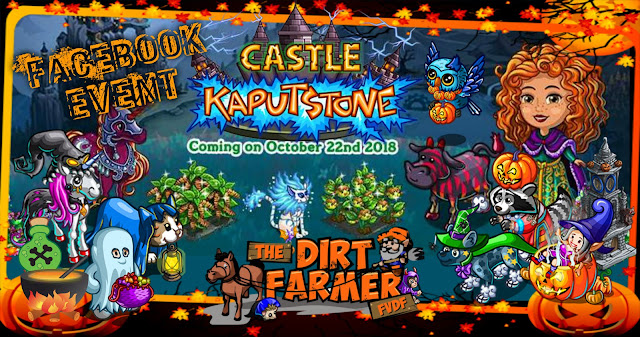