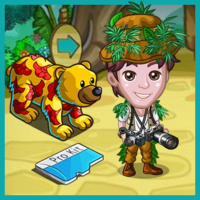 Starts Monday, June 25th - Do you remember Stevie, our intrepid wild life photographer friend from the FarmVille Savannah Safari farm? His mastery of camouflage is as sharp as ever, and now he is exploring on an Amazon Safari!  He has found three habitats chock full of colorful and exotic critters. The problem is that they are as stealthy as he is and thus well hidden... if you help him locate and study them , you will be able to keep the Tropic Mosaic Unicorn on your farm as a bonus prize!

FarmVille will soon come out with another tiered level crafting basket in the style of the Ghoul Ball , Sugar Dust Valley ,The Fountain of Springs, and Mashashi's Ultimatum. We will be collecting and crafting Memory Sticks to redeem for prizes. The best part of this feature is that you will redeem prizes of your choice, using Memory Sticks as currency, no random chances. Your Dirt Farmer team has the details below for you, read on to get the scoop and please share.....

A look at the loading screen that we will see before the feature goes live on our farms. 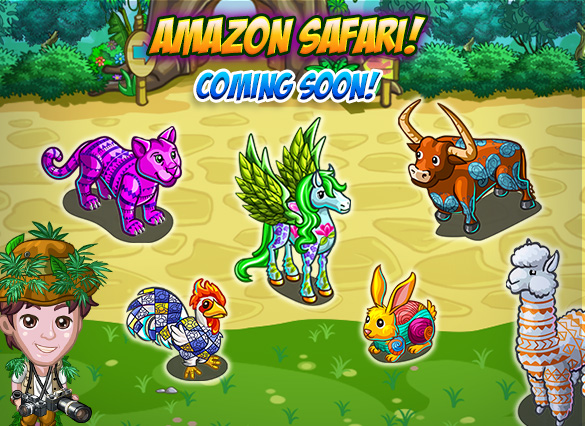 A look at the loading screen that we will see when the feature goes live on our farms.
The pop-up that we will receive inviting us to play Amazon Safari 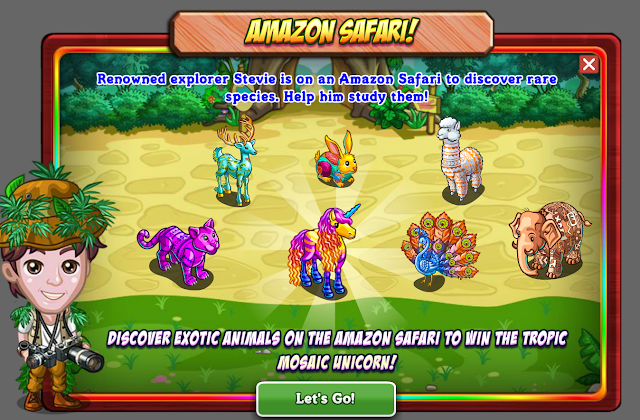 A preview of the feature walkthrough with Stevie himself. 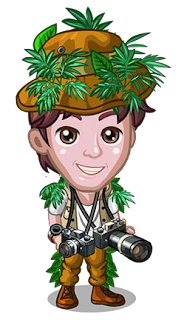 We will be able to choose from 3 Habitats of different sizes and difficulty levels to play for. 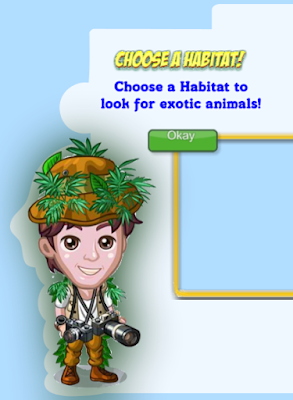 Stevie will make a recommendation for each one of us for best odds to finish based on prior completion rates. 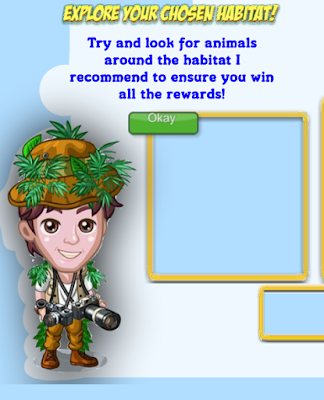 If you are not happy with the crate you chose, you can switch only once and keep your progress. 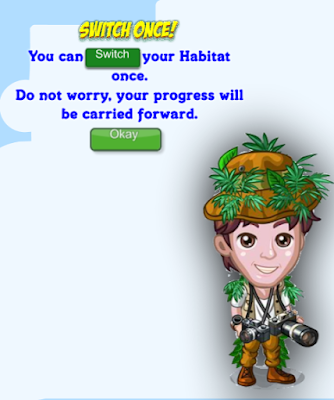 We will be able to post or craft for Memory Sticks to lure the exotic animals out of hiding. 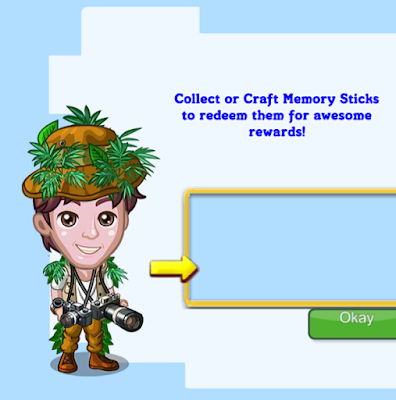 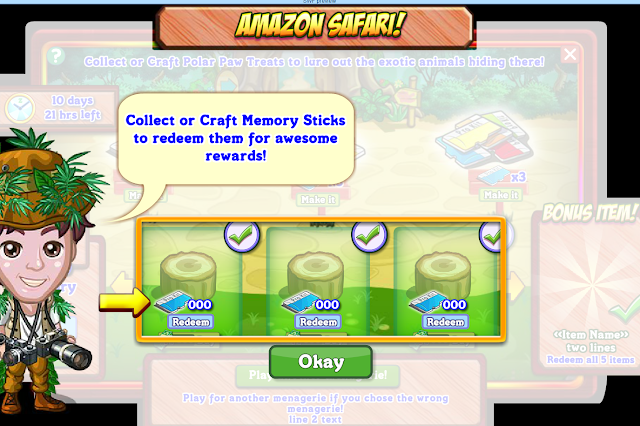 A look at the recipes for crafting the Memory Sticks.


Each recipe includes one new crop. The new crops will be in the market at the regular update time, prior to the feature’s release. All three are currently available in the Bushel Swap feature if you wish to get a jump.


Remember that new crops give lower bushel yields until they are mastered, so plan your planting quantities accordingly.

By redeeming all of the animals in our chosen crate, we can win a bonus prize - and keep the Tropic Mosaic Unicorn on our farms. 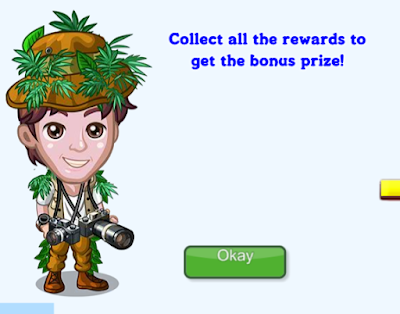 If you complete your crate with time remaining on the feature, you can replay it or play another crate. 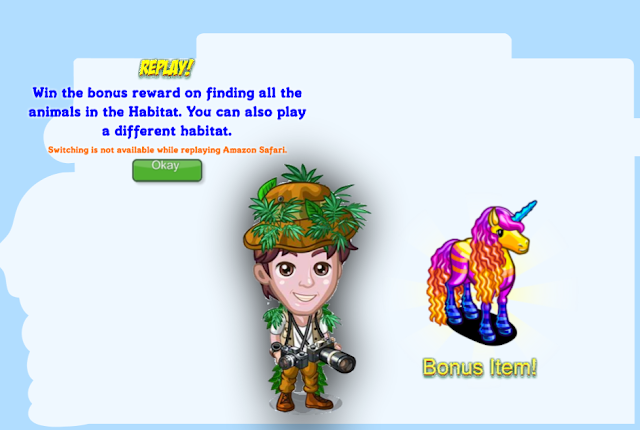 If you do happen to choose a crate that you have already played, Stevie will check with you to see if you really wish to do that, so you don't have to worry about having to complete the same crate again due to one misclick. 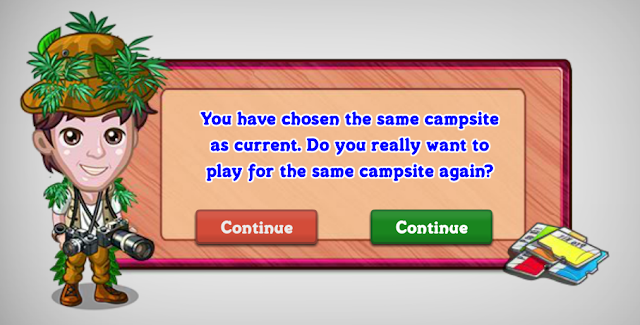 As mentioned above, we will be collecting and crafting  Memory Sticks to lure the animals out of hiding. We will also be able to purchase these for Farm Cash.. Note that the quantity and pricing text is a placeholder. The actual cost will be available in game. 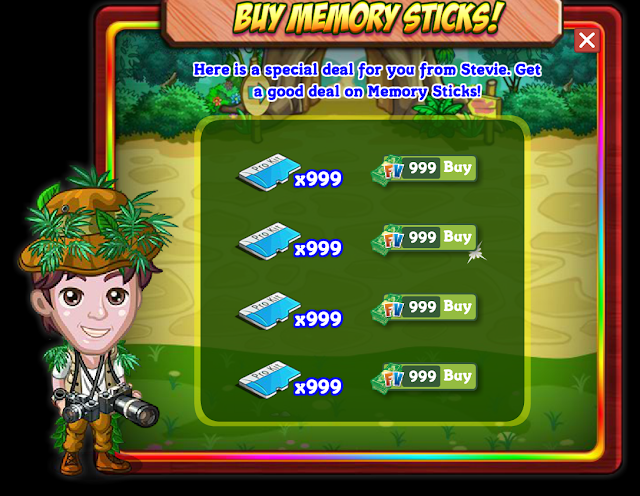 Now for a look at the crates and rewards. As usual, there are some animals unique to each crate, and some that repeat in two.

Animals with names listed in BLUE are in both the small Montane Forest and Large Tropical Rainforest Habitat.


Animals with names listed in GREEN are in both the medium Subtropical Forest and the Large Tropical Rainforest Habitat.


For whatever reason, someone at the FarmVille Studio chose to code the EARTH SOUL ELEPHANT as a SHEEP. While it will still go into the Wildlife Pen and Zoo, like a normal elephant, it will also go into the SHEEP PEN and will give WOOL BUNDLES when harvested.

The Montane Forest Habitat has FIVE animal rewards that you can redeem. You will need a total of 305 Memory Sticks to redeem all rewards in this campsite. 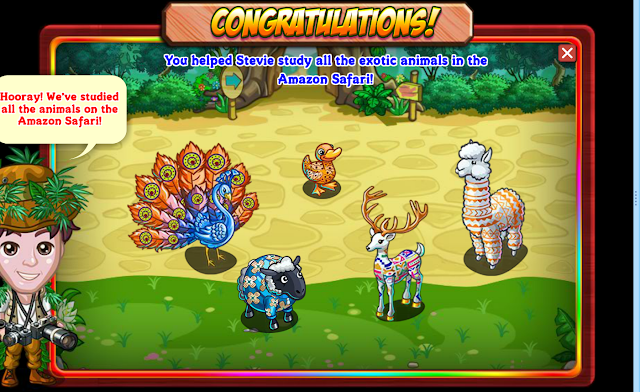 The medium Subtropical Forest has NINE animal rewards that you can redeem. You will need a total of 705 Memory Sticks to redeem all rewards in this campsite. 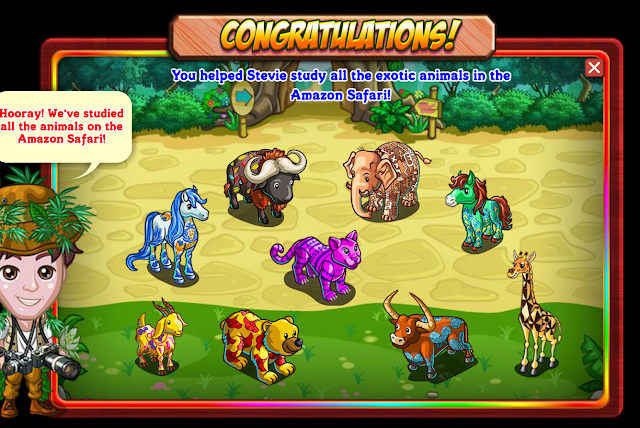 The Large Tropical Rainforest Habitat has SIXTEEN animal rewards that you can redeem. You will need a total of 1,045 Memory Sticks to redeem all rewards in this campsite 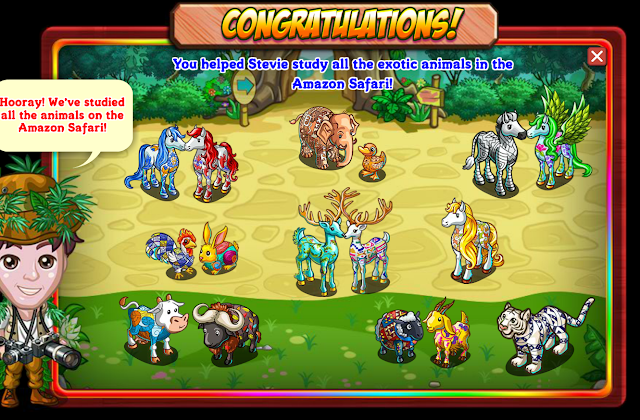 .
You will need 2,055 Memory Sticks if you want to complete all 3 stages and get all 24 animals.
You can save 210 of these or need a total of 1,845 by doing  the medium Subtropical Forest campsite LAST!. This is because there are no duplicates between small and medium, and of 6 total  duplicates in the large 4 can be found in  the medium . The memory stick prices in the large versus the medium are much lower for this particular feature. If you already have these animals, you will not need to redeem them again, thus saving yourself a lot of treats. This way, you will be covered regardless of whether duplicates are checked off or not.
That is the equivalent of making 411 if 2,055 or 369 if 1,845 of the  5 Memory Sticks recipe

Finally, a look at the offspring from the various reward animals