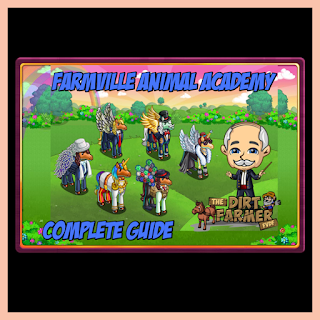 Animal Academy V.2
Starts May 21, 2018 - With the Arabian Knights feature about to come to an end, the FarmVille Studio will soon be releasing Version II of the ANIMAL ACADEMY. As before, We will be training animals, via taking exams, into a variety of different professions. Completing all professions for a specific type of animal will win you a bonus prize, which is a different fantasy horse with each collection.  With the new version we  will have new Professions to train for.
Note: As before, we will only be able to complete the dogs, cats and pigs for free. It appears that the goats, cows and horses will  cost farm cash to purchase the base animal for each profession. 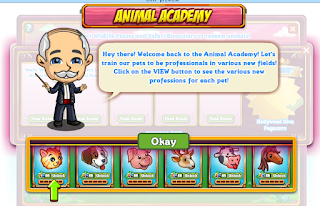 With the Re-release of this feature, the FarmVille Studio has kept things as before with only needing to unlock the goat, cows and horses one time. Your Dirt Farmer team has found some unreleased images and the way this feature will work so you can prepare. Check out the details below and please do share.
The FarmVille Animal Academy V.2 feature is currently coded to start on May 21, 2017 and end on June 25, 2018 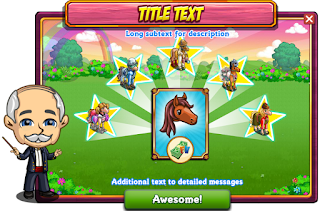 A look at the welcome popup, in addition to this we will be able to access the feature by the icon on right side of our farms.

The below image shows the feature's pop up interface that you will use to interact with the feature. There's a rather unpleasant discrepancy. Note that in his blurb, the Duke instructs us to click on the TRAIN button to see the various professions for our pet.

But when you look closely at the button the green arrow is pointing to in the image, it is not a train button, it is a farm cash unlock button. Why? 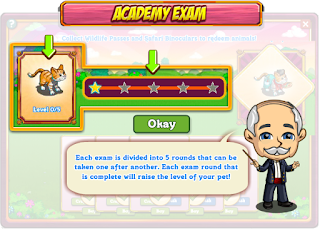 In order to earn the bonus prize for a category, you must train all 6 animals in that category.
In this version of Animal Academy The Bonus Reward will be the Hollywood Diva Pegacorn 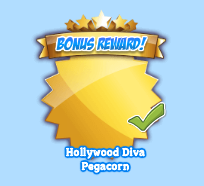 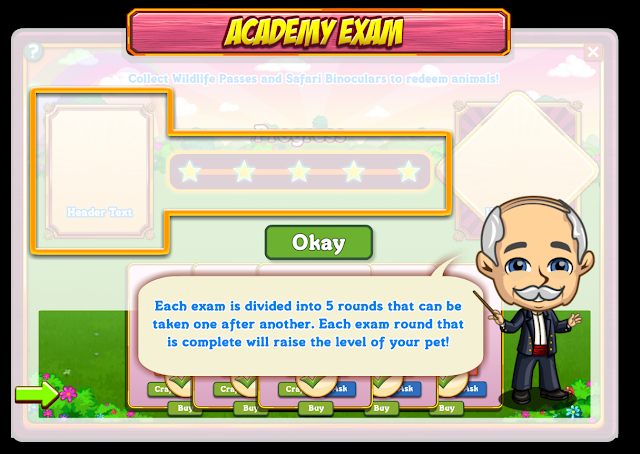 There are three varieties of pet toys that will be used in various combinations for your pet to use to take each exam. They are the Colored Dumbells, Knotty Balls and Rainbow Ball. 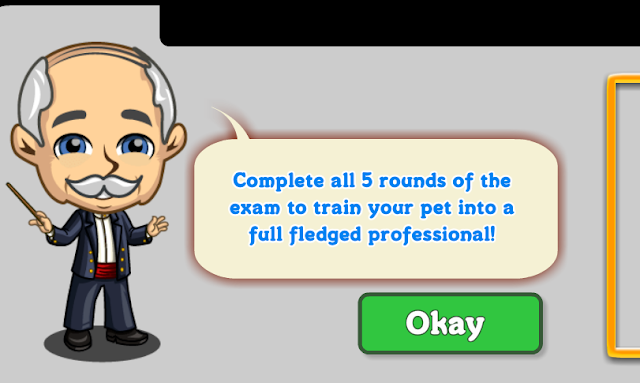 The three varieties of pet toys will be post and collect and craftable and of course purchasable for Farm Cash. 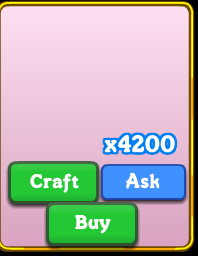 A look at the three consumables that we will be crafting for  the animals to use in taking the exams, and their recipes. They will be called the Colored Dumbells, Knotty Balls and Rainbow Balls. We will be able to craft each consumable in increments of one, three and five. You will not be able to pre-craft much for this feature. Both the new crafts and the new crops will not be available in the market until the normal update time on the 19th or 20th, depending on whether it falls before or after midnight in your time zone.
You will receive up to FOUR of each consumable, each time you post for them. The posts are a give and get, so you  can also obtain up to an additional EIGHT of each per day by helping your friends. Remember, when you have collected your 8, you can  no longer help that day. You will not get one and the friend you click for will not get one either. It may however, use up one of their four clicks per post for no reward.
Rainbow Balls
Knotty Balls
Colored Dumbells

As is customary with limited edition FarmVille features, each recipe will contain a brand new crop.There will be a different brand new crop for each of the 9 possible recipes that you can use. Remember that bushel yields are based on mastery and a crop with no mastery stars  will give significantly fewer bushels than a  fully mastered crop. Each of the new crops requires 1,800 plots harvested to master it or 600 plots per star.  Since you will need more to equal bushels of the new crops as opposed to the old, you may wish to use Super Fertilizer to speed up mastery if you have it available. Each of the new crops should be available in the market at the normal update time on the 19th or 20th depending on if it falls before or after midnight in your time zone.
Now for a look at those brand new crops


Now for a look at the possible prizes  Each prize will change in appearance each time you take an exam and advance the animal in its profession.
The Cows

Cows Cost 10 Farm Cash To Train Unlock in order to Train!
The bonus prize for completing this collection will be the Jiu Jutsu Unicorn

Each of  the cow professions will makes a unique calf, these will change and go through stages
Like the adults

Goats Cost 5 Farm Cash To Train Unlock in order to train.
The bonus prize for completing the goat collection will be the Luchalibre Pegasus

Horses Cost 15 Farm Cash To Train unlock in order to train!
The bonus prize for completing this collection will be the Zen Master Unicorn

As with the cows, each horse will make a unique foal. The foals will not transform or go through stages..
The Pigs
The bonus prize for this collection will be the Vintage President Pegasus

The Bonus prizes - as mentioned above, each time you complete a set of animals you will receive a bonus prize. The bonus prizes are fantasy horses and do not transform.

They do, however produce foals.

That’s all for now, stay tuned to the Dirt Farmer for all the latest FarmVille news and informaion
Happy Farming