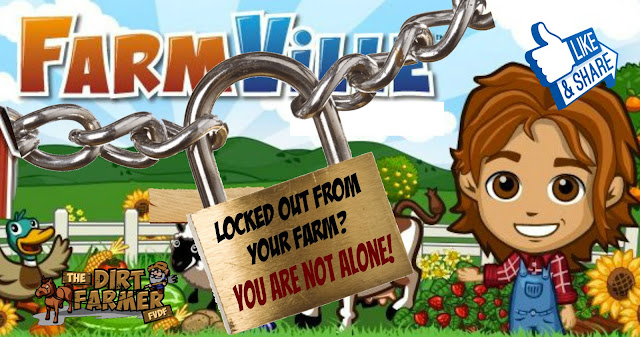 Are you a long-term FarmVille player that is finding yourself UNABLE to LOAD? Can you LOAD the GAME but not TRAVEL TO HOME?

Someone at the FarmVille Studio apparently decided to REMOVE THE 2010 EASTER BASKET from the game code, and re use part of the code for the Easter Basket in the upcoming Easter Egg Hunt. The problem is, that old school basket is a cute decoration from a time when decorations were few and far between - so many of us still have them - and even still have eggs left to redeem.

If you still have your 2010 EASTER BASKET, you will not be able to load the Home Farm until The FarmVille Studio fixes the issue. We hope this will be quick - we've been loyal to the game for at least EIGHT YEARS to have this issue.

It has been reported to the FarmVille Studio by the DF team. If you were on your Home Farm, have the basket and cannot load - and you also have a SMART PHONE or TABLET - you can go to m.farmville.com and travel to a different farm on FarmVille Express. As we only had the one farm the last time that item was available, any other farm should load.