Poll Of The Week 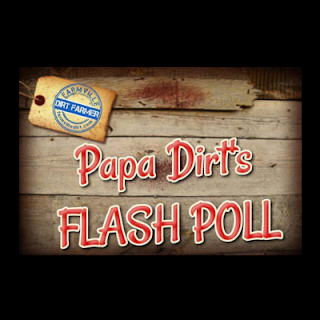 The Dirt Farmer has a quick question for everyone, we’d appreciate you voting in our flash poll below.  Then we would like for you to consider joining our discussion in ASK The Dirt Farmer about this topic by clicking here.

Barbara’s Daily Delights Feature is one of the most popular weekly features in the game of FarmVille.  Not only can we obtain free fuel, unwithers and instant grows, if we interact with the feature all seven days, we get a reward of an animal at the end of the seventh day.  IF, AND THAT’S A BIG IF, the feature works as designed.

This past week, the final reward for interacting all seven days was initially coded to be the same reward as last’s weeks.  While your DIRT FARMER TEAM notified the FarmVille Studio of that error immediately, it took a couple of days for the correct animal to be coded into the feature.  In addition, for many players, the first two days of the feature would not stay “clicked”.

We’d like to know what you think about this situation, please vote below.

The Dirt Farmer wants to know: Do you think that The FarmVille Studio should GIFT every player the Boyfriend Horse due to the GLITCH with the Daily Delights Feature this week? 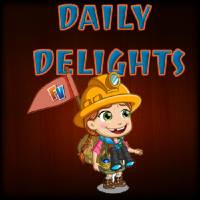 Want to see upcoming Daily Delights rewards?
click here
That’s all we have for now, please visit farmvilledirt.com frequently for all the latest news about FarmVille, and happy farming!