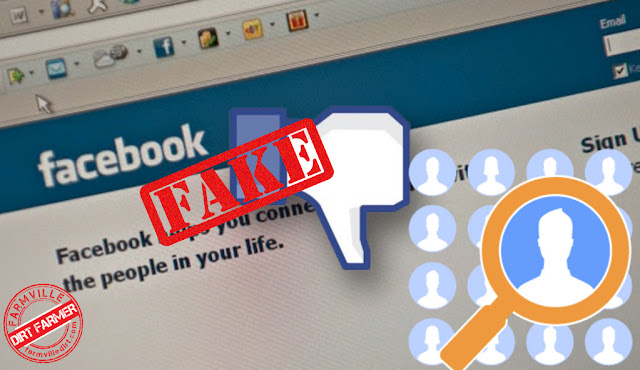 People use Facebook for many different reasons. For some it's a way to stay in contact with friends and family. For others it's a way to do business. And as we all know, for some, it's the place we play our games...like Farmville. Many Game Players have what are called "dummy accounts"...Basically an extra account for a game you play as to not post your Farmville or Candy Crush items on your regular social account. Some of these accounts remain fairly active but some find themselves no longer needed and become abandoned or semi-forgotten. That is exactly how this little issue was first detected.

It seems that some of these lesser used accounts have been "liking" random posts. Not just a few but a lot...and this is becoming more and more rampant. We have to wonder if this is a deliberate action by Facebook or some type of GLITCH in the Facebook algorithm. If it is deliberate then what reason could Facebook have to make you think your Facebook Friends are "liking" certain posts.

Could Facebook be testing a method to sway you in areas of social change, religion or even politics? It's interesting to think they may be trying to change your mindset on certain issues by making you believe your close friends think a certain way. It's not like Facebook hasn't been accused of trying to sway people to their way of thinking in the past. Currently they have told us that REAL PEOPLE are no longer in the mix when it comes to what the Facebook algorithm decides to distribute. They have also stated that they will battle against FAKE NEWS. If they are out of the "social mind control" business then what do we make of these actions?

Even more scary than this being the intentional work of Facebook Developers...what if this is an outside hack affecting Facebook?

When we began noticing these FAKE LIKES they were primarily coming from accounts that were seldom used. Since then we have noticed active accounts FAKE LIKING random posts...be sure to check your Facebook account to see if you have LIKED something that you did not.

Now...The most hideous part of this issue. Many of us have had Friends on Facebook over the years that we have lost. It's just a part of life that some people die. And we have all lost Friends. Now...We are seeing the accounts of deceased Friends also "liking" posts all over Facebook. For many of us who were close to people that we lost during our time on Facebook...This is inexcusable.

As for Facebook. They actually charge real money for interactions between accounts. That and advertising is how they make money. You PAY Facebook in order to get "likes" and impressions from people. You do this to spread your business to people that may be interested in your product. Just like advertising. If these FAKE LIKES are not a matter of political or social manipulation...At the least they are providing FAKE REACTIONS to Accounts that paid REAL MONEY for interaction. These people who pay to expand their REACH on Facebook are being tricked by FAKE LIKES from accounts that are not in use.

The Dirt Farmer is watching...and investigating. We will have further updates as they become available.