Chicken Coop Conundrum: Is It Safe To Place More Than Two Coops Per Farm? 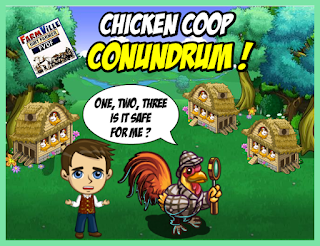 It has recently been brought to our attention that farmers can place three chicken coops on many of their farms.  The Dirt Farmer team decided to investigate whether or not we should recommend doing this.  We have decided AGAINST RECOMMENDING PLACEMENT OF MORE THAN TWO CHICKEN COOPS per farm based on the past history of chicken coops being removed and contents lost without warning.


Here’s a look at the history of why we reached our decision:

In 2010, we were allowed to have an extra chicken coop for a very short, limited time.  Then Team San Francisco decided to remove the extra coop, without warning, at the same time they removed extra dairy barns.  Many players lost their chickens in the process. Here’s a link to the Zynga Forum that discusses this removal.
click here 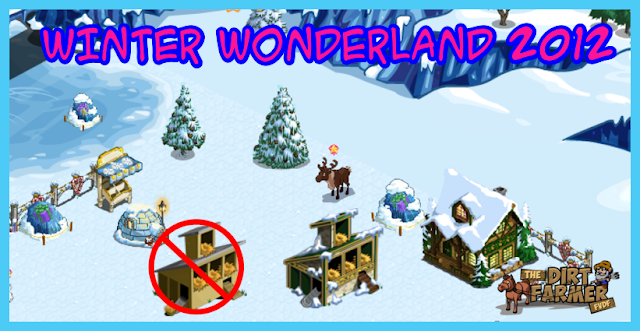 Fast forward to 2012, when Team San Francisco decided to allow two coops to be placed, the farm themed coop, and one additional original home farm coop.  Farmers rushed to fill the extra coop with eggs, only to discover one day that the extra coop caused their farm to glitch, and they once again lost the valuable chickens that they had placed inside.
For the link to our site post announcing the new limit of two coops, click here.
For the link to our Fan Page post discussing the glitch and loss of the extra coop, click here.

Fast forward to 2017, when we can now place a total of three coops on many of our farms.  Is it safe to do so?  Will the extra coop, and all the chickens inside of it disappear without warning? WE SIMPLY DO NOT KNOW.  Since the current FarmVille studio team based in India has been coding the game, nothing has disappeared.  The problem is that the original chicken coops were coded by Team San Francisco, and the code from that era created many problems and glitches, some of which continue to impact the game today. Many of us recall loosing our Legendary Roost on the Fields of El Dorado Farm precisely because of the old code written by Team San Francisco.  To read our Fan Page post about this,  Click here

The Dirt Farmer Mantra is “Play your own way”.  We encourage you to think twice before placing a third coop on any farm, because of the prior issues explained above.  Do you really need three coops per farm, when you can have countless aviaries that also hold chickens?  Do you want to take the risk of loading your farm someday, and finding the coop and all of it’s contents missing?  Is that possibility worth the risk?  The Dirt Farmer Team does not think that it is worth the risk, and we are recommending that you not place a third chicken coop on any farm.

That’s all we have for now…return to farmvilledirt.com often for all the latest FarmVille information.