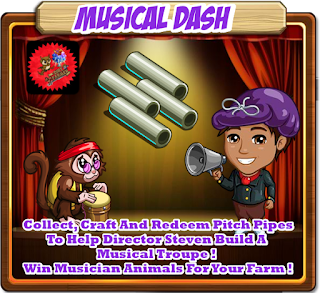 Starts January 23rd Director Steven of Movie Mania fame is back with a new request for help! This time he is putting on a musical play! He needs to recruit a talented troupe of musician animals for the play to be a success! The feature, called the Musical Dash appears to be similar to the Merry Marshal and Gypsy Trader features from the past. We will be collecting, crafting  and redeeming Pitch Pipes to redeem the musician animals and recruit them for the troupe. This seems to be a straight up collect and redeem event, with no time delays or duplicates built in. Read below for more details and please do share....

A look at the pop-up inviting us to play the feature, please note that we will also receive a similar "coming soon" popup prior to release. 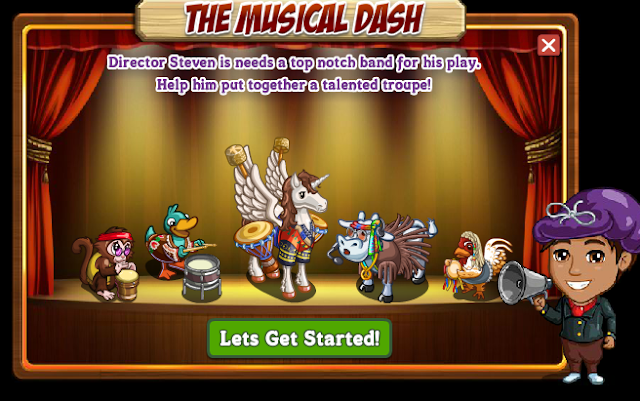 A look at the icon that will be outside the perimeter of our farms to access the feature. It too will have a coming soon version. 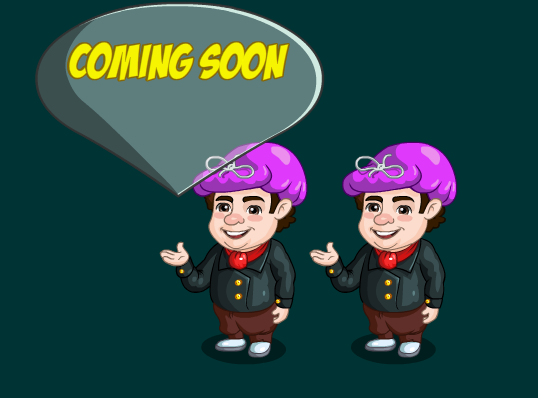 We will be collecting, crafting and redeeming PITCH PIPES to win the musician animals. We will be able to craft the Pitch Pipes in increments of 1, 3 and 5.

A look at the recipes required to craft the Pitch Pipes. The Musical Dash feature will mark the return of the popular instant crafting with all three recipes taking 0 minutes to cook.

The recipes will be available in the craft shop either at the same time or at time of release of the feature, depending on how the FarmVille Studio opts to do that.

If you wish to begin stocking up on the bushels, prior to official release of the crops, they are already available via the Bushel Swap feature.

Now for a look at the CONFIRMED animal rewards.

If you redeem all of the rewards prior to the feature ending, (which will require a total of 880 Pitch Pipes) you will receive the Drumbeat Pegacorn as a bonus reward.

Now for a look at the offspring of the feature rewards 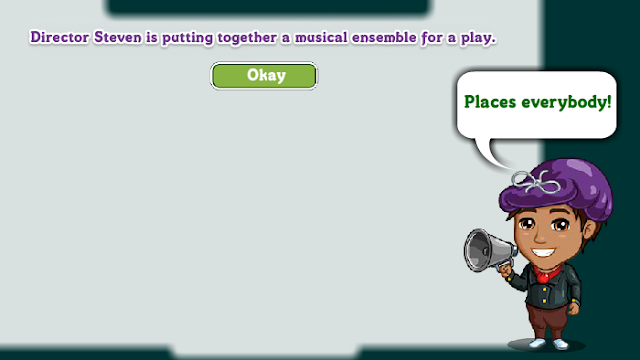 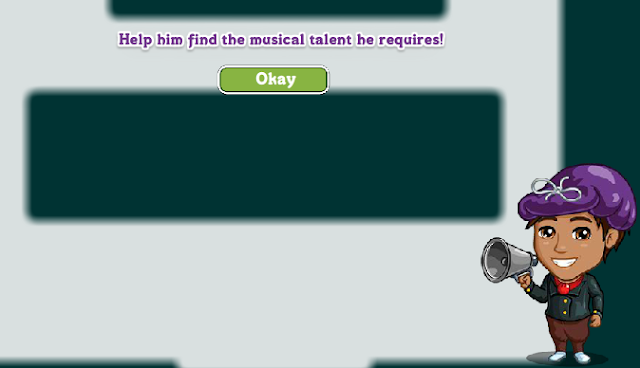 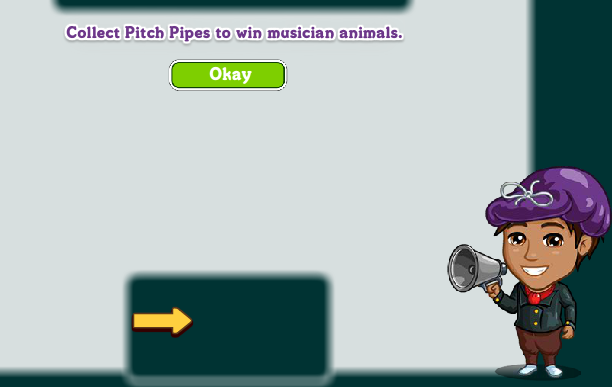 That’s all for now, stay tuned to the Dirt Farmer for all the latest FarmVille news and information