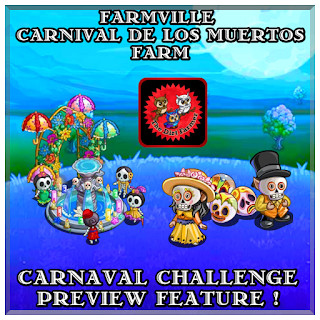 With our latest new FarmVille Farm, Carnaval De Los Muertos, the FarmVille Studio is applying a new twist! There will be a Preview Feature the Carnaval Challenge (the farm uses English spelling and the feature a Spanish variant - that is not a typo on our part or Zynga's). Images for this feature are still invisible as of now, but your Dirt Farmer team can tell you that we will be assisting a character named Triste in inviting people to the Carnaval. To do this we will collect and craft Carnaval Coupons to earn reward chests that can only be opened on Carnaval De Los Muertos, and special prizes including discounts on select new farm expansions. 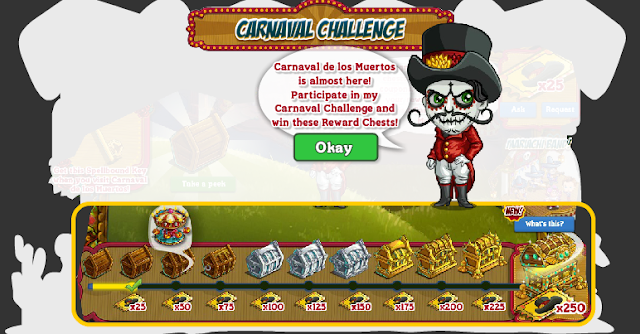 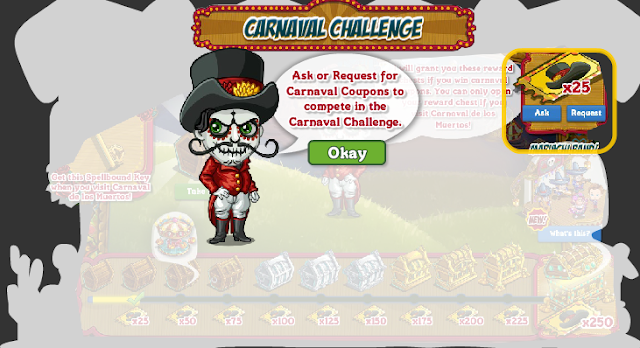 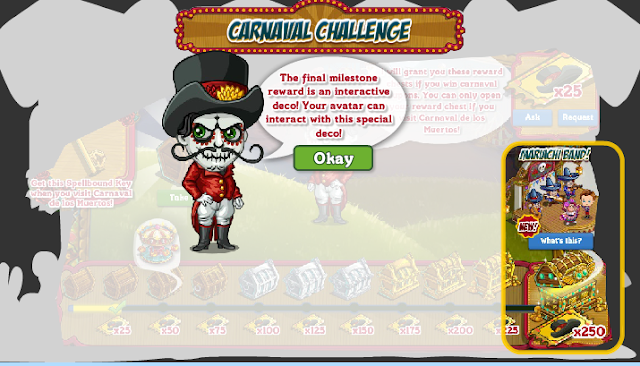 If you complete the feature, you will receive a spellbound key that will unlock a reward chest on Carnaval De Los Muertos when it releases! 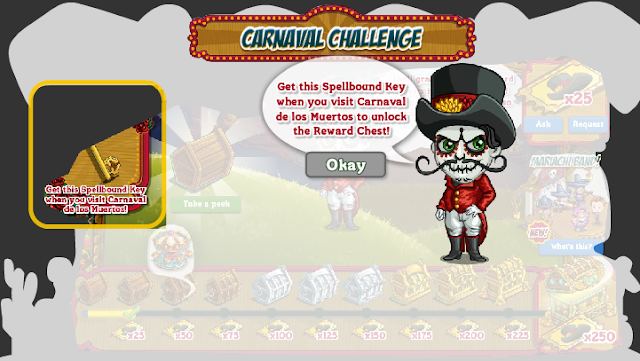 The Carnaval Challenge is currently scheduled to begin on September 16, 2016 and there are two possible end dates, September 26th or October 4th. This will be clarified when the feature is coded. 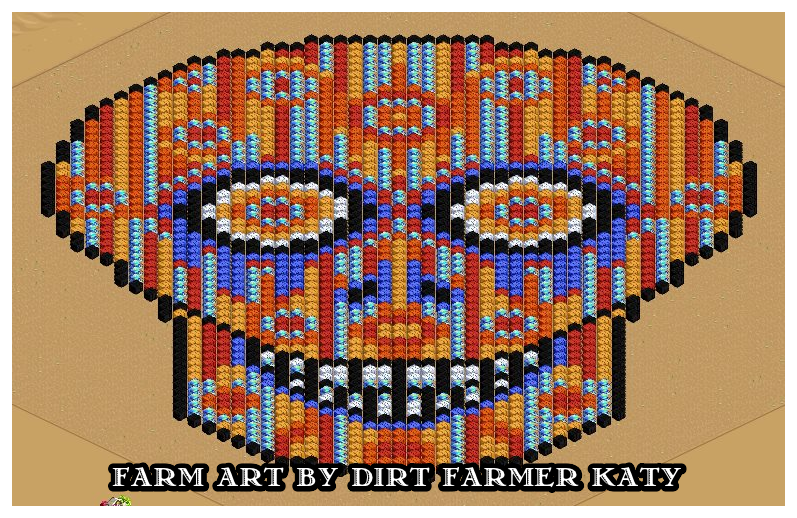 We will be earning rewards in the feature that we can use on the new farm. We will be able to post for Carnaval Coupon, collect them from the feed and ask our friends for them via the gifting system. 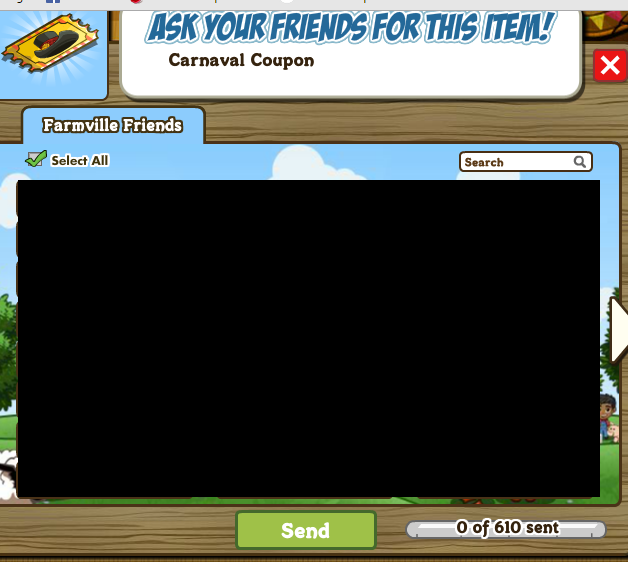 You can access the feature via the icon on the right side of your screen. 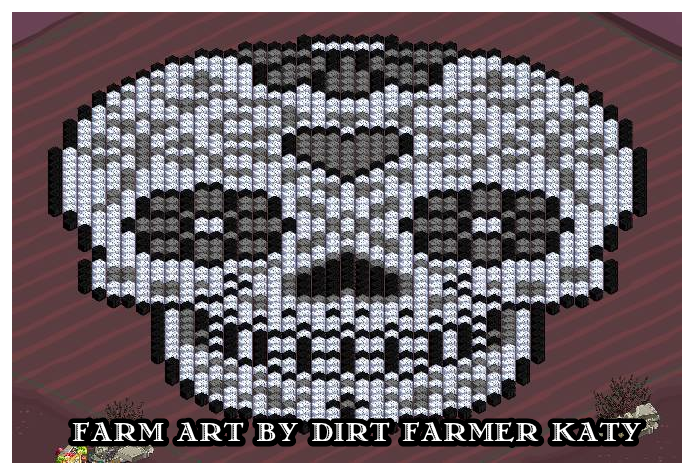 When the feature is released to us there will be a surprise in store.  Triste has a gift for us " As a first reward, you get 30% on select plots and 25 Carnaval Coupons to begin your challenge!" and it includes a discount on select new farm expansions!
Now for a look at the rewards for this feature.