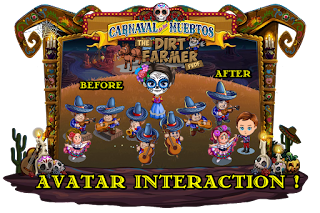 For the last several Farms, the FarmVille Studio has been innovating and giving us a little something new for each Farm's Farm specific feature. From the Relic Room to Ooga Awakens to Heromenes.... Carnaval De Los Muertos will be no exception. In addition to collecting tickets for the Carnaval Challenge, before the farm releases, the new farm will include a special treat for DECORATORS. Many of the farm's decorations will come to life to party with your avatar . We do not yet know the specifics and whether or not this must be earned, but your Dirt Farmer team has found some images for you with hints of what to expect. Check out the details below and please do share...


For More Information on FarmVille Carnaval De Los Muertos Farm, Check out the Dirt Farmer’s Carnaval De Los Muertos Complete Guide
A look at the teaser pop-up for the feature.
A look at the animation of the deco without the avatar.
As you can see from the following before and after still images, it appears that not only will the avatar join in the animated party, but the deco will also transform.
Before 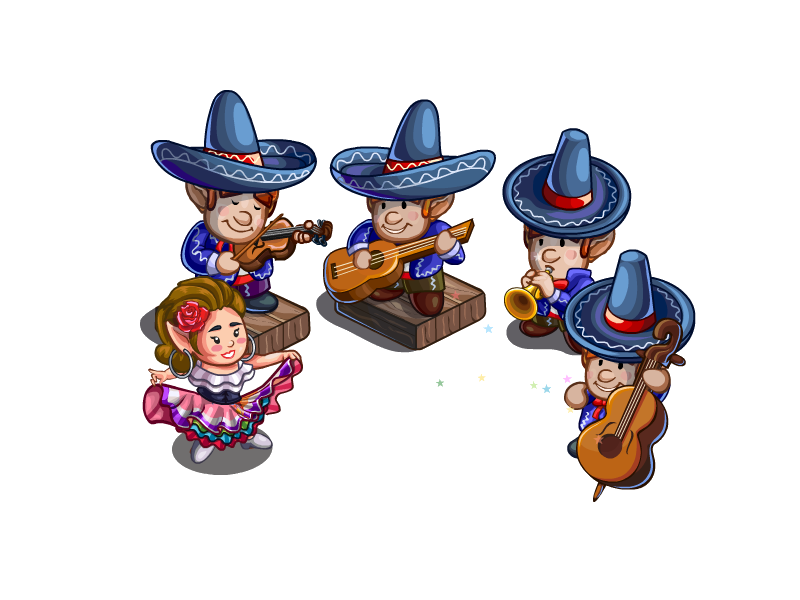 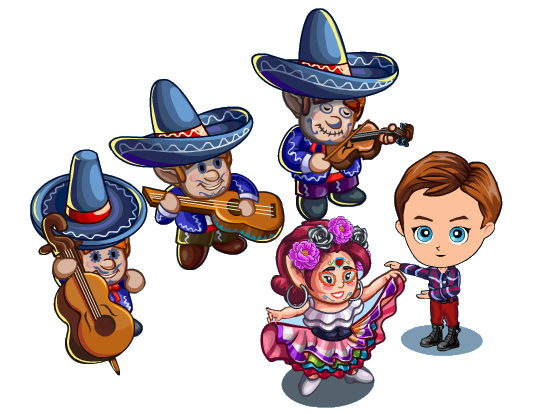 We will be able to activate the feature by clicking on the decoration and clicking interact. 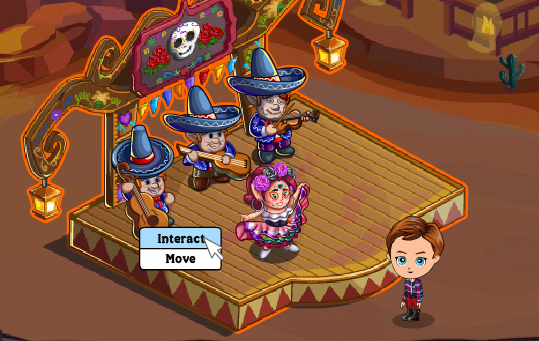 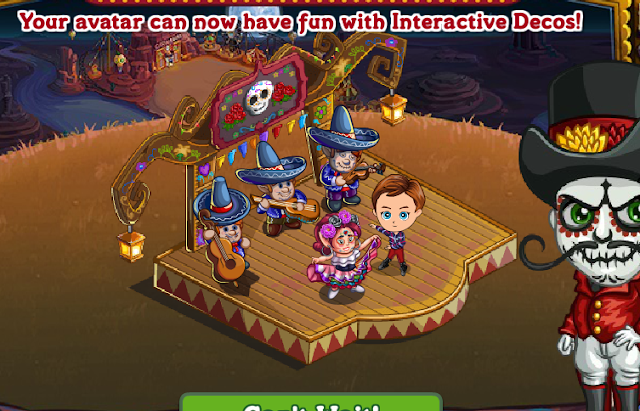 Now a look at some of the other interactive decorations. The other items in the series will be granted as completion rewards for the various farm buildings. 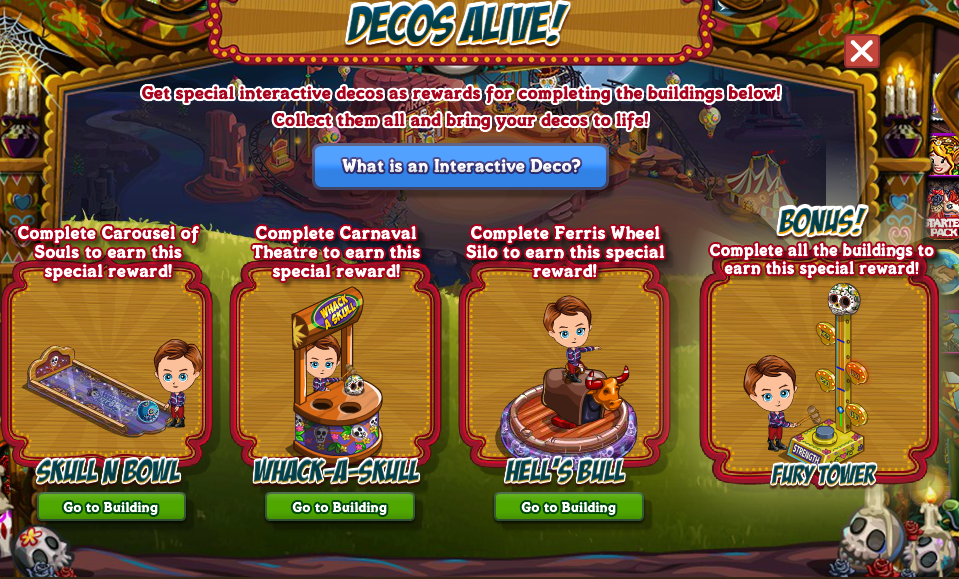