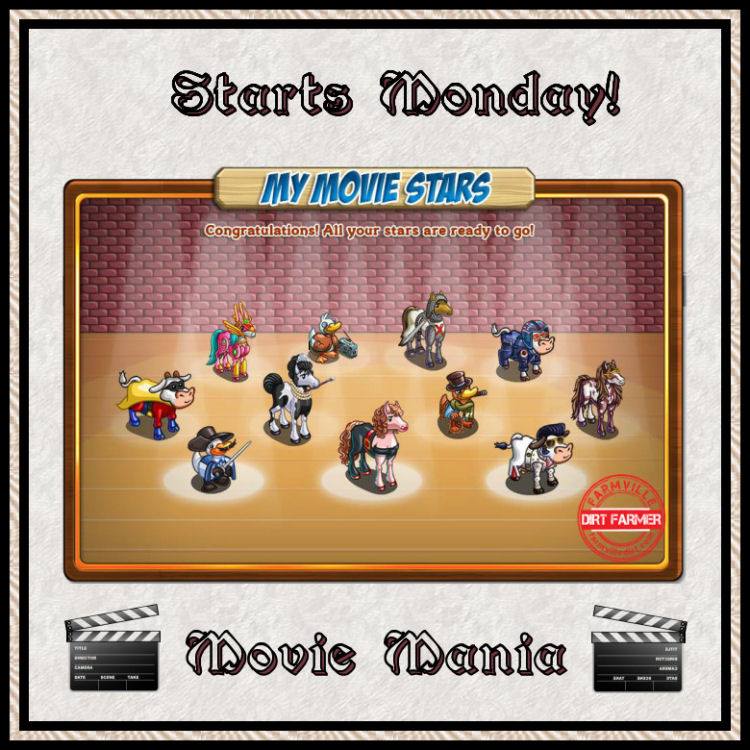 Farmville will soon be releasing a very challenging new limited edition feature that combines the time-delay growing   aspects of  features like Mystrees and Spooky Wolves with the tiered difficulty levels of the Ghoul Ball. Director Steven needs your help! He has to prepare movie stars in the FarmVille Studio green room into awesome movie animals. If you succeed you will get to keep the glamorous movie star animals on your farm.  Your Dirt Farmer team has a complete guide for you to how the feature will work. Check out the details below and please do share with friends if you find our post helpful. 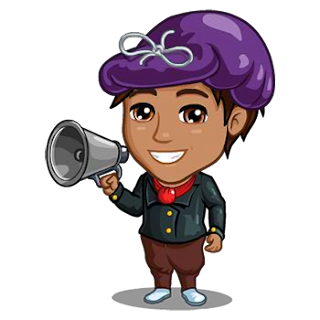 UPDATE: THANKS TO FARMER DONNA YOUR DIRT FARMER TEAM HAS LEARNED THAT THE FARMVILLE STUDIO HAS ACTUALLY RELEASED A VARIANT OF THIS FEATURE THAT ELIMINATES THE LAST STEP. THIS MEANS THAT YOU CAN TEND YOUR FV STAR TRAILERS TO COMPLETION IN ONLY 12 HOURS WITH ONLY 11 POWDER PUFFS.

SPECIAL THANKS TO DIRT FARMER MICHELE FOR IMAGE ASSISTANCE WITH THIS POST. 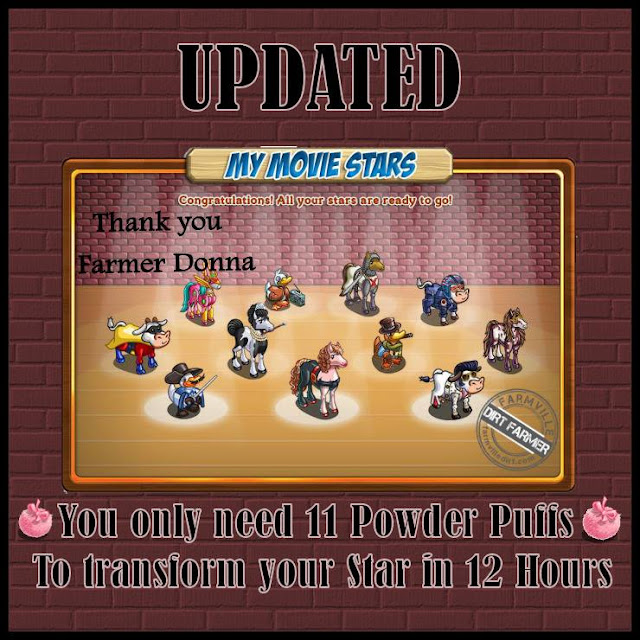 NOTE: THE ADDITIONAL GREEN ROOMS FOR FARM CASH ARE COMPLETELY OPTIONAL AND AVAILABLE FOR PURCHASE FOR THOSE WHO WISH TO COMPLETE THE FEATURE FASTER AND ARE WILLING TO PAY TO DO SO. THEY DO NOT UNLOCK ANY ADDITIONAL ANIMALS.

A look at the FarmVille Studio Building that we will be placing on our farms.

We will be crafting and asking for Powder Puff to raise our FV Star Trailers into glamorous movie star animals. The feature is currently coded to allow us to collect up to 15 Powder Puff per day from our friends on the feed. The ability to claim the coded number has varied significantly by player in the past, so consider that when planning how many to craft.
A look at the FV Star Trailer

A look at the tutorials for this feature
Now a look at the recipes to craft Powder Puff in the Craft Shop. You will get ONE, THREE OR FIVE Powder Puffs per craft,  depending on the recipe you choose. This is a vast improvement over only being able to craft one Golden Wheat Hay in the Maharaja’s Stable.

The new crops for the Powder Puff craft are experiment gated to the Movie Mania feature, which means that they will not be available in the market until the feature goes live.  There is one new crop per recipe. The recipes will be in the craft shop on 29th August, and bushels are already in the bushel swap feature.

You will also, of course, be able to purchase Powder Puff with Farm Cash should you opt to do so.

Now for a look at the FV Star Trailer’s levels and tend delays. This covers the Mystree aspect of the feature. IMPORTANT: Remember that once you have completely tended your FV Star Trailer (or any item from a feature of this type like Nutcracker or Dragon Eggs) and you place it on your farm, do not click on it or anything else until the transformation is complete, or it may freeze and not transform.
As many players found the Maharaja’s Stable too difficult, please note that the FarmVille Studio has greatly reduced the wait times for Movie Mania. You can completely raise a FV Star Trailer into an animal in 13 hours, one quarter of the 48 hours it took to raise a Royal Cradle in the Maharaja’s Stable.


So you will need a total of 11 Powder Puff to tend each FV Star Trailer into an animal. 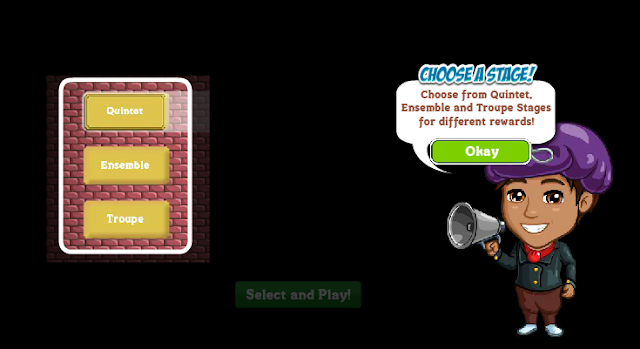 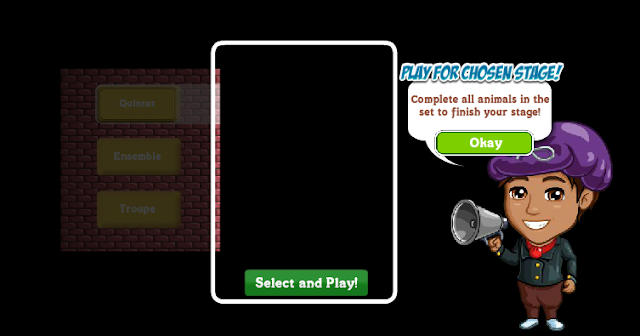 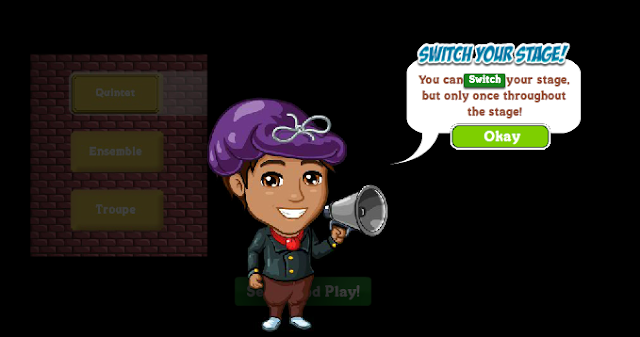 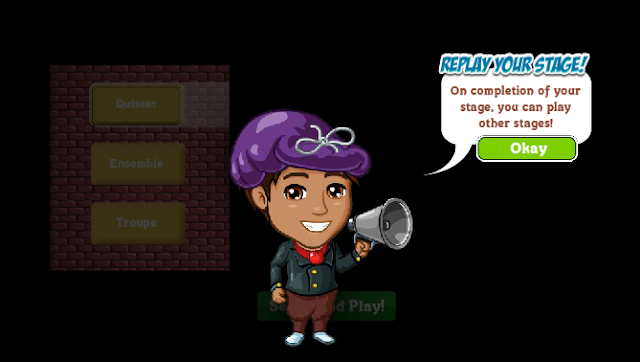 The similarities to the Ghoul Ball lie in the fact that you will be able to choose your difficulty level. There will be 3 different crates that you can play for. The x-large stage, medium stage and big stage. You will be allowed to switch crates midstream ONE time. After that you will need to complete the entire crate to switch to another size. WARNING: If you do opt to switch crates/stages without completing the one you are on that one time, make sure you do not have any FV Star Trailers in progress. You will lose any progress to date on any incomplete cradles if you switch.
There will be duplicates to get all prizes in each crate, and some prizes will be duplicated across two or all 3 crates.  whether or not you get all in less than full number of attempts  is up to pure random luck.

The  Farmville studio has coded a maximum number of attempts that you will have to make to get all prizes in a crate for each difficulty level/crate. If you wanted all the prizes from all 3 crates, you would need to raise 78 FV Star Trailers.  As seen above, Each crate requires 5 tends with  a progressively increasing  waiting period in between tends or 12 hours per crate.

Let's take a look at how long that would take.


So, based on the math of the feature, the ability to earn all prizes in all 3 crates is possible in 20 less days than the feature lasts. While duplicates may still be annoying, at least if you really want all prizes in all crates, it’s quite possible to get them. Also, as mentioned above you need 11 Powder Puff to tend each FV Star Trailer to transformation (except for the waiting one when you open the feature for the first time that needs 5 as it is already on the next to last stage
Now lets take a look at the 3 different crates you can play for.

(Note II – We do not yet know how the animals will be labeled in the building in terms of common/uncommon/rare. However the chances on this one vary more than in the past so we have noted that here for you)

Maximum of  13 attempts to complete the set

3 Unlocked Cradles that can be tended free at one time. 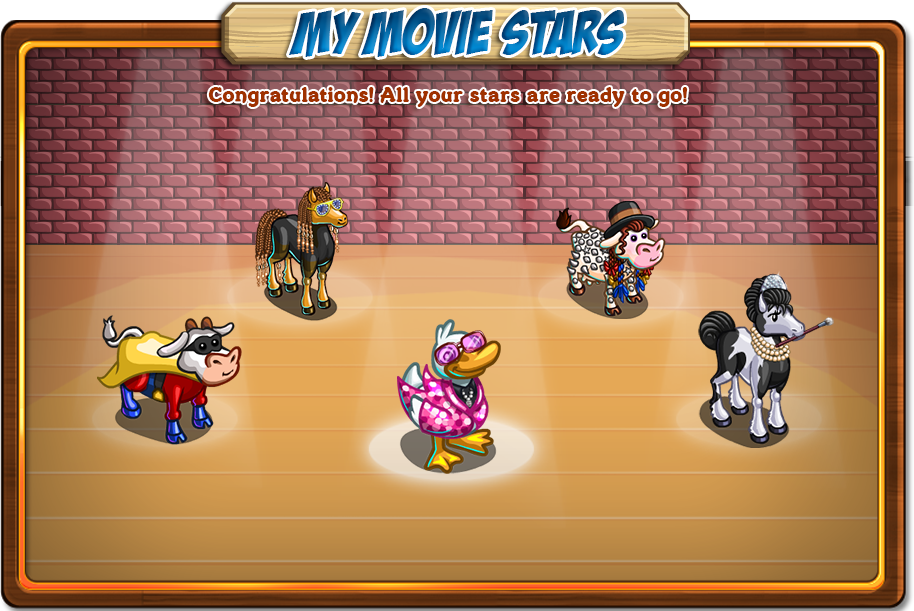 Maximum of  25 attempts to complete the set

4 Unlocked Cradles that can be tended for free at one time. 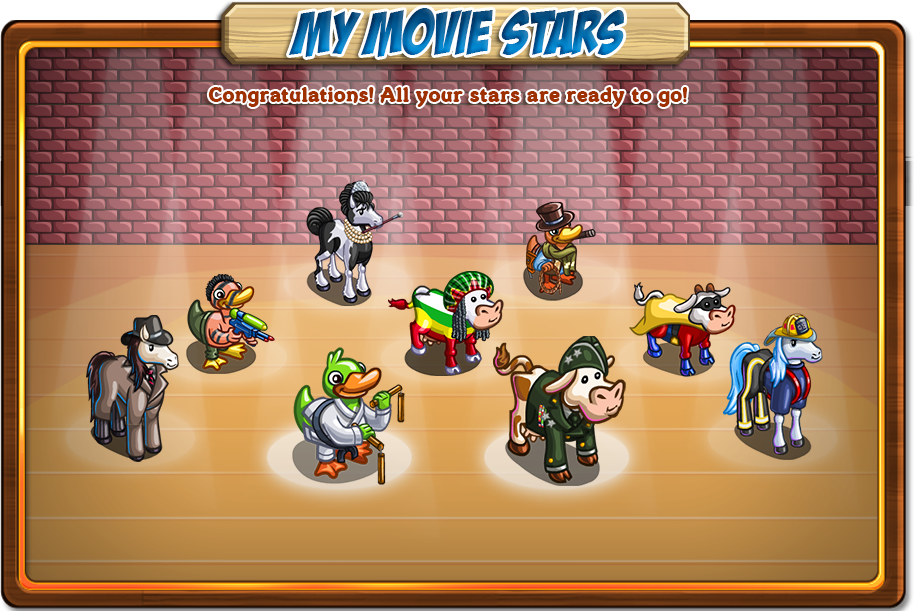 Maximum of  39 attempts to complete the set

5 Cradles that can be tended for free at one time. 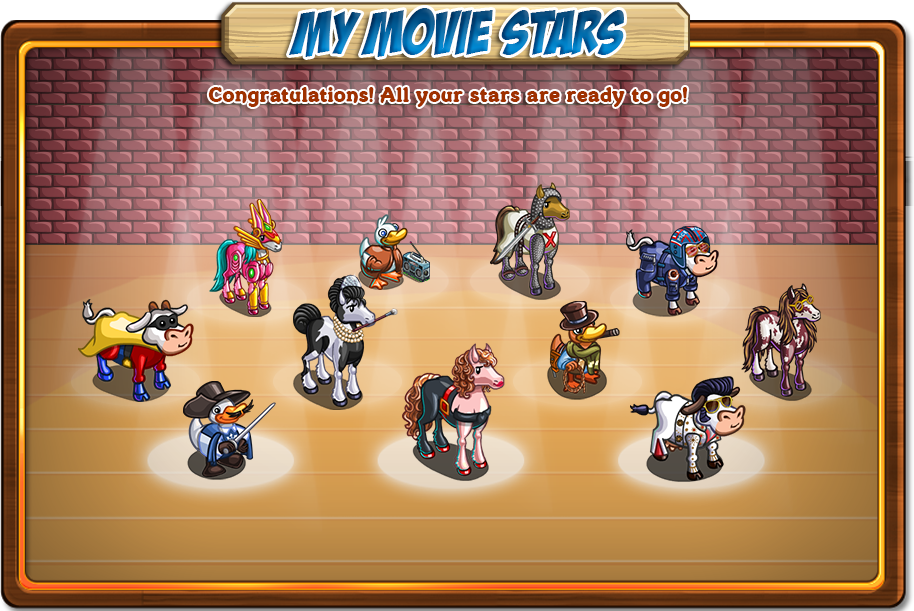 Finally a look at the offspring of the rewards from this feature.