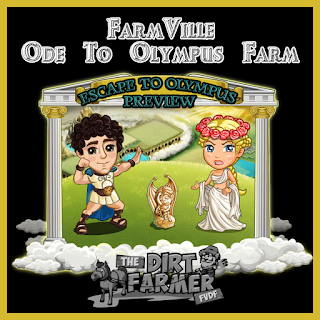 Your Dirt Farmer team has found some unreleased images and information for you on the all new upcoming FarmVille Ode To Olympus farm to give you an idea of what to expect. We have details on Early Access, Farm Buildables, crafting and the main feature. Oh no! Heromenes has angered one of the Greek goddesses and she has banished him to the ring of fire! Our mission for this farm will be to help him escape to Mount Olympus. If you succeed Heromenes' gratitude will lead him to permanently help on your farm and speed up your animal harvests! Keep in mind that this is unreleased information, and anything can change prior to release as the FarmVille Studio sees fit. Check out all of the information we have found below and please do share with friends if you find our post helpful. 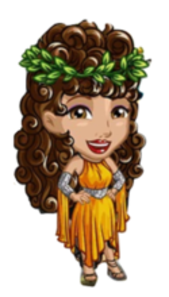 A look at the farm logo 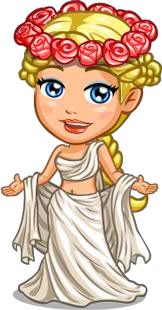 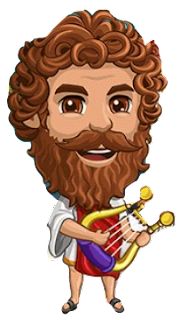 First a look at the early access package. As mentioned above, the farm name will be Ode To Olympus. We currently expect that early access will go live on August 8th, 2016  followed by general (free) access on August 15th, 2016. It should cost the usual 45 farm cash. Ode to Olympus will be a traditional 8 week farm, it will NOT be in the time locked style of Story of Sakura. 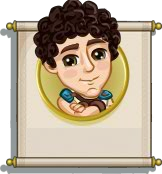 The gifts should include the usual bushel and free fuel buffs, a costume, 3 exclusive crops (which ones are not yet apparent), the Ode to Olympus Combine, a Marble Warrior Pegasus, and a Heroes Starter pack which includes the usual combination of parts as well as a Crepuscular Rays Tree, Greek Fisher Cow and Shooting Spells Pegasus. 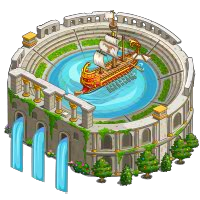 The main buildable will be called the Naval Theatre. It will have the standard 9 levels, and level completion rewards including animals, trees and decorations. We will build it using 3 new parts, the Carving Scalpel, Marble Rock and Grass Sack. 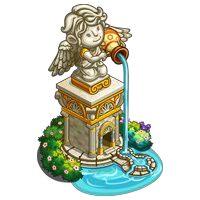 The Unwither Ring gift building will be called the Ambrosia Fountain. It will have the usual 30 gifts culminating in the unwither ring and will require 974 Eirene Coins to open all of the the gifts. Eirene Coins can be obtained as usual via crops or via crafting them in increments of one, three or five. 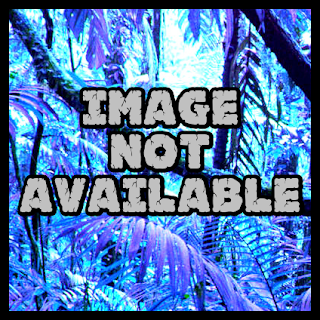 The Crafting Cottage will be called the Oracle's Keep. Recipes will take the normal 1 to 8 hours to complete, have normal mastery and will include Pandora's Box, Hide of The Nemean Lion, Belt of Aphrodite, Shield of Achilles, and Cronus's Scythe. As you can see they are honoring the mythology. 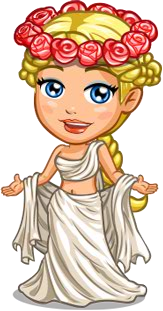 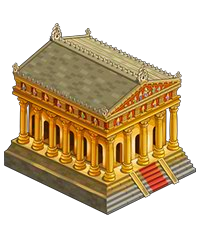 There will once again be tedium,torture and as Dirt Farmer Wendy noted walking across hot coals, aka self contained crafting on this farm. It will be called the Abode of Beasts and we will be crafting 15 animals and a bonus prize as normal. 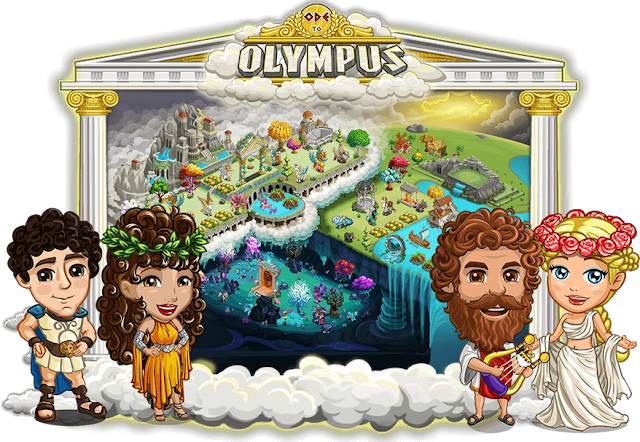 There will be 3 different styled regions (not time locked, think Mystical Groves) on Ode to Olympus, Olympus, Earth and Hades. We will again have two terrains land and water. Treasures will be opened with Augeas' Chisels and Augean Shovels. 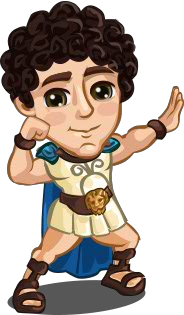 Ode to Olympus will be a tiled farm,  with 9 land expansions that can be unlocked via tasks and 22 additional tiles that can be purchased for Farm Cash. The unlockable tiles will be unlocked via leveling up your Ode To Olympus farm (by gaining Olympus points) to level 15 for the first one through level 87 for the last and completing stages of your Naval Theatre and Ambrosia Fountain. 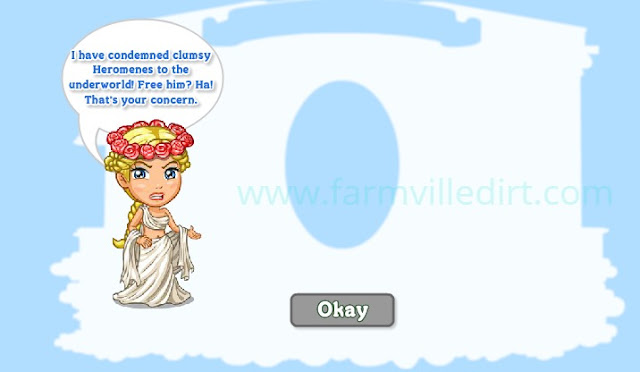 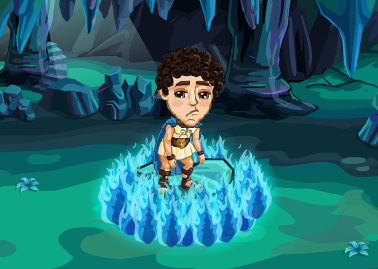 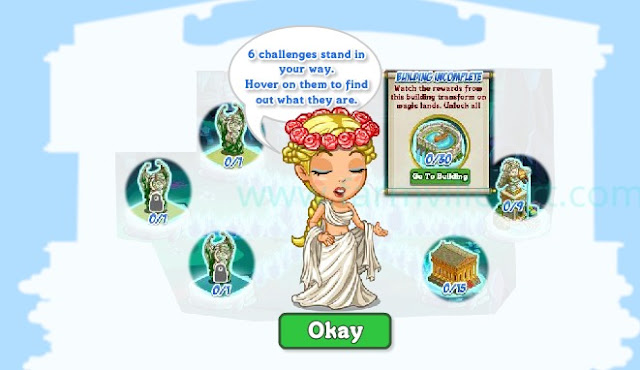 Six Challenges stand in your way - you must complete the main farm buildings , the Naval Theatre, Ambrosia Fountain and Abode of Beasts to earn rewards that will transform on special magic squares. 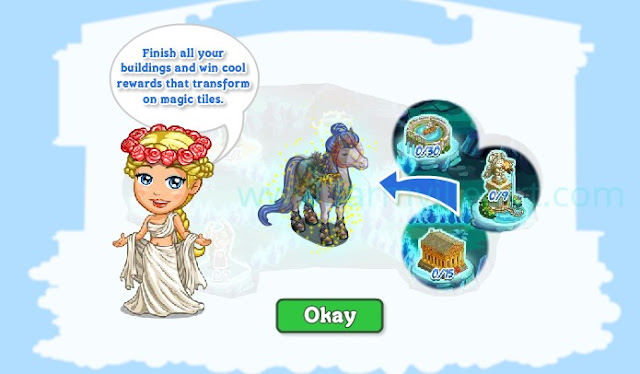 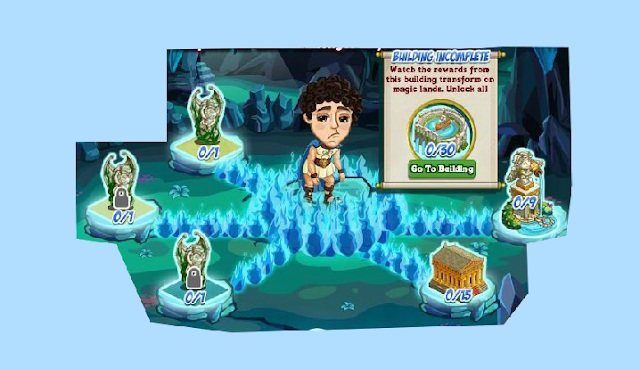 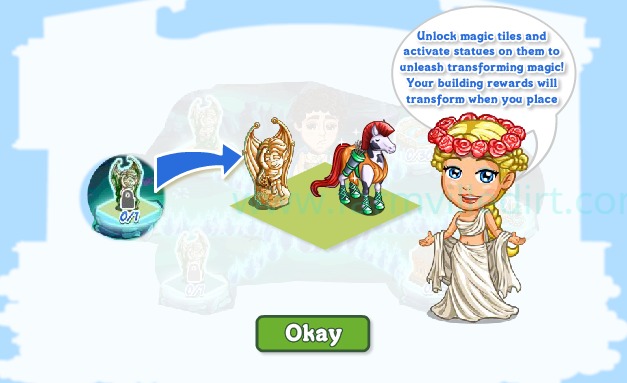 Once they are unlocked we will need to use Olympus Gold to restore magical Morpheus Statues that will transform your building rewards on those tiles. It currently appears that Olympus Gold will be earned via participation in Community Goals, and by raising your Olympus points level. It can also be purchased for Farm Cash. 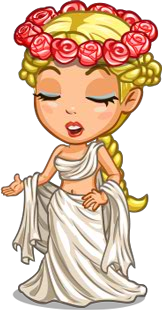 For those who do not wish to wait, or want more space to transform the rewards, there is also a Farm Cash only tile which includes each type of statue. We do not yet know if these will need to be activated separately.

A preview of how the transformations will work, and how things will look different in areas covered by different Morpheus Statues. 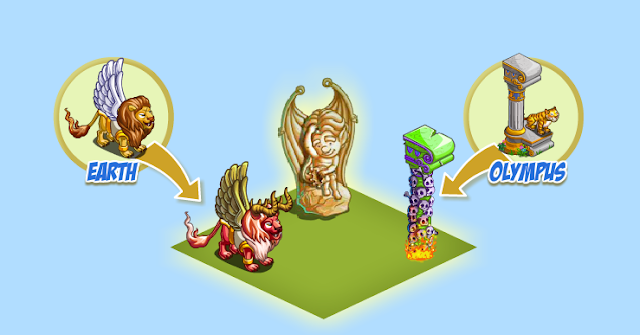 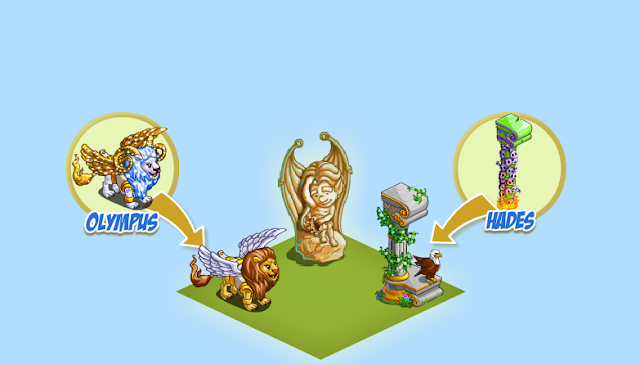 If you succeed in conquering all six challenges, you will be Heromenes' hero and his gratitude will lead him to forever help on your farm. 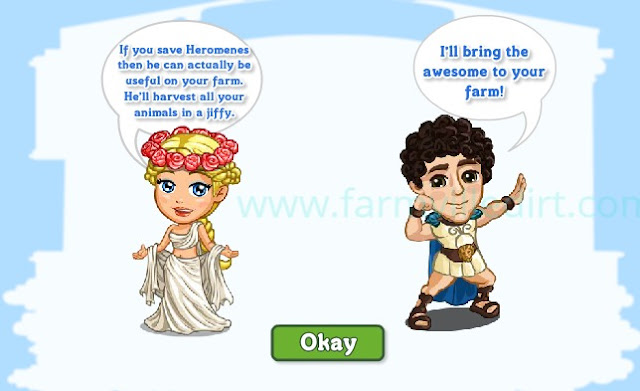 He will be able to harvest all of your animals every 12 hours. 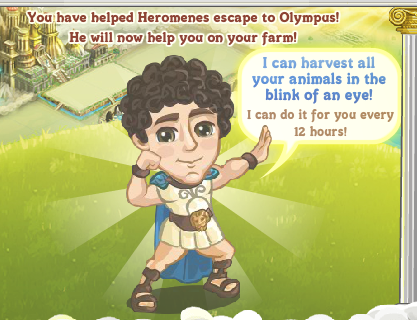 Finally a review of the FarmVille Studio's preview comments on the new farm from our Dirt Farmer LIVE! Interview.

(Special thanks to Dirt Farmer Karen for transcription) 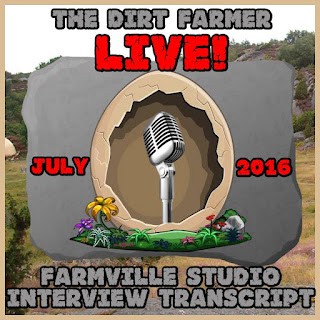 Eric:  Alright,  thanks again guys for joining us tonight, I cannot say that enough.  You know, a lot of game studios do not take the time out to do interviews like this so we really appreciate it.  I'm going to ask you about something I'm very excited about, what can you tell us about the ancient Greek farm?  What new exciting features have you planned for it and can you tell us the name of the farm?

Anil:  So we are very excited to talk about the new farm, as much as excited as you guys are.  So our next farm is inspired by the Greek mythology, it is themed around Mt. Olympus.  It will be a seven week farm.  The theme here, the FV studio team has really worked hard to bring out the big feeling of Greek mythology and the legends in the farm and the game board.  So with every game board what we try to do here is to ensure it turns out to be that people, turns out something that people love going to.  People are really excited about farming on that land.  So a lot discussion goes into, a lot of thought process goes into what themes to pick up and for this next farm we have identified the Greek theme. The early signals that we get from our players, players are liking it. I'm sure that you no doubt have noted that as well. So this time we have a unique game board that brings farming to heaven and underworld.  So players get a chance to farm on the heaven and underworld as well. Each of these regions will have a distinct lighting and ambience.  We also have some interesting effects on the rewards that you will be getting.  We are eager to see how our players respond to that.

Heather: If I can just interject quickly, will the be a tiled farm like all of the farms since Avalon have been?  Will it be a flat farm or will it something new.

Ratheesh:  It will be a tile farm, but it will be new.

Heather:  Will folks ever see a flat farm again, because there's kind of some controversy, some people would like to see those again.

Ratheesh:  The flat farm, right?  That's what you said?

Heather:  Yes, the old ones like Atlantis, England, those kinds of farms.

Ratheesh:  Yes so we have received that feedback as well.  But a lot of players like the tile farm as well.  So we will take this feedback, we will see what we can do there for the upcoming farms.

Eric:  Are we going to have a Cerebus animal for the new farm?

Ratheesh:  Yeah, so at the moment I'm not really sure about all the content in the farm.  I'm sure that it will be something that our players love.

Heather:  Can you tell us the name of the farm?

Wendy:  Remember it's our job to push for information.

Heather:  Because we're nosy ourselves.  You guys know that from knowing us.

Ratheesh:  It will related to Olympus.

Wendy:  It will be around Olympus, I'm sorry?

Anil:  So the name hasn't been finalized yet.  We should have something for you guys, probably next week, and probably after that you guys can probably announce it to our players and let them know that this is what they can expect.

Ratheesh: So it will be related to Olympus, and it will mostly be, the name is going to have Olympus in it mostly.  But we are not finalizing the name on the expansion yet, completely.  We will let you know as soon as we have the name, but it will be themed around Olympus for sure.

Heather:  Ok, we're going to bug you about that because we want to know.

Wendy:  Yeah, we are.  Since it's Olympus, you know, it kind of leads to the possibility of a lot of decorations and I'm sorry, I've just started putting my toes in the water of decorating.  But anything along the Greek lines sounds like it could have a lot of decorations. That's really neat.

Heather:  And a lot of big buildings for the decorators to build around, hint, hint.

Ratheesh:  So we hope, we definitely know that and we are really sure that our players won't be disappointed with this farm.

Anil:  And we are hoping that everyone is like Wendy where that start decorating right away.