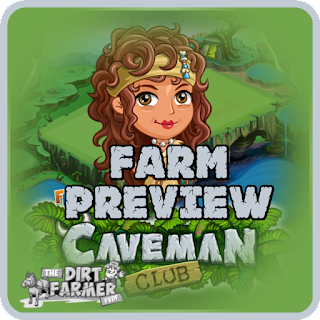 Curious about FarmVille's all new upcoming Caveman Club Farm? Your Dirt Farmer team has a sneak peek for you about what you can expect. Please remember that, as Caveman Club is unreleased, anything can change prior to release, as and how Zynga changes it. Check out the details below and please do share with friends so they can plan theirs too. 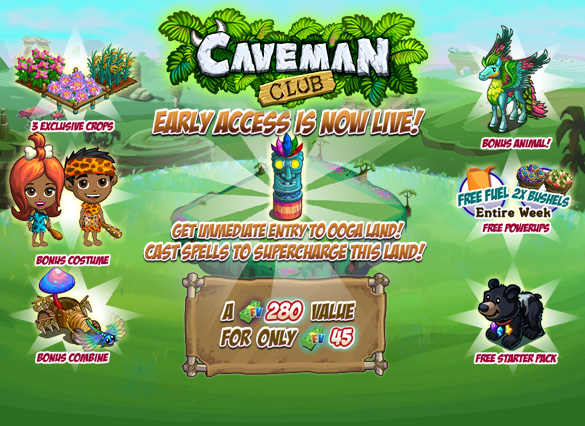 Early Access will consist of the usual perks and release on June 20th, 2016. There will be free fuel and double bushels early access week. The combine will be free as well. There will be male and female cave person costumes, a bonus animal (the Gaia Pegasus) Free Caveman Starter pack which will include Rockmore Rotunda (main buildable) parts, treasure parts, 2 animals (Shortnose Bear Cub, Mini Cave Sloth) and a tree, (the Vortex Tree). It will cost the usual 45 Farm Cash for Early Access. There will also be the normal trio of Early Access Crops. Blue Paddy, Exotic Swirl Flower and Whirlpool Flower.

NOTE: THE SHORTNOSE BEAR CUB WILL GO INTO THE WILDLIFE HABITAT AND ZOO, IT IS NOT A PLAYPEN BABY. 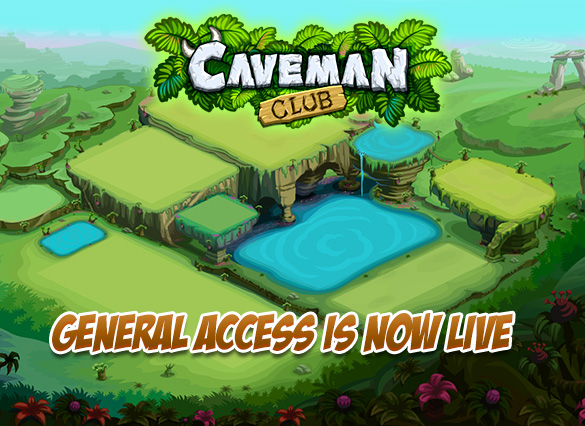 General (free) Access will commence one week later on June 27th, 2016. We will be leveling up this farm with CAVE POINTS.  As far as we can see at this time (and this is unlikely to change as it would be very difficult. ) This farm will not be throttled. There will only be one early access period and everyone will have the opportunity to play through it at their own pace, without running into the walls of time- locked content. The farm will have both land and water tiles, with no new terrain this time.
Farm Buildings. 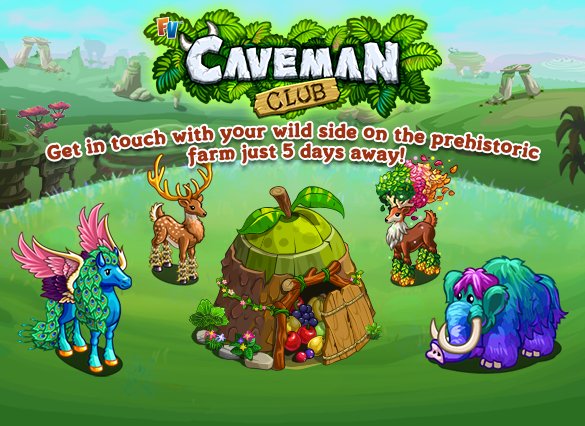 The main buildable will be called the Rockmore Rotunda. It has the normal 10 levels, starting at level zero so when you reach level 9 you are done.

The Unwither Ring Gift building will be called the Rockmore Granary and offer the usual 30 gifts, culminating in the Unwither Ring for Caveman Club. We will open the gifts with Caveman Coins, which will be craftable in the normal 1,3 and 5 increments.

The Crafting Cottage will be called the Two Stone Mill. Recipes will include the Stone Spear, Cave Guardian, and Primitive Bow. The default recipe that will be waiting for you when you arrive will be the Fire Set. Mastery is normal, with no unduly high numbers for short term recipes and recipes will be in the normal one to eight hour range.

The self-contained crafting building will be called the Ani-Mall and will have 15 animals with the usual free expansions after animals 5,10 and 14 allowing you to craft all without crafting parts if you wish. The Tiger Light Unicorn will be our bonus animal. 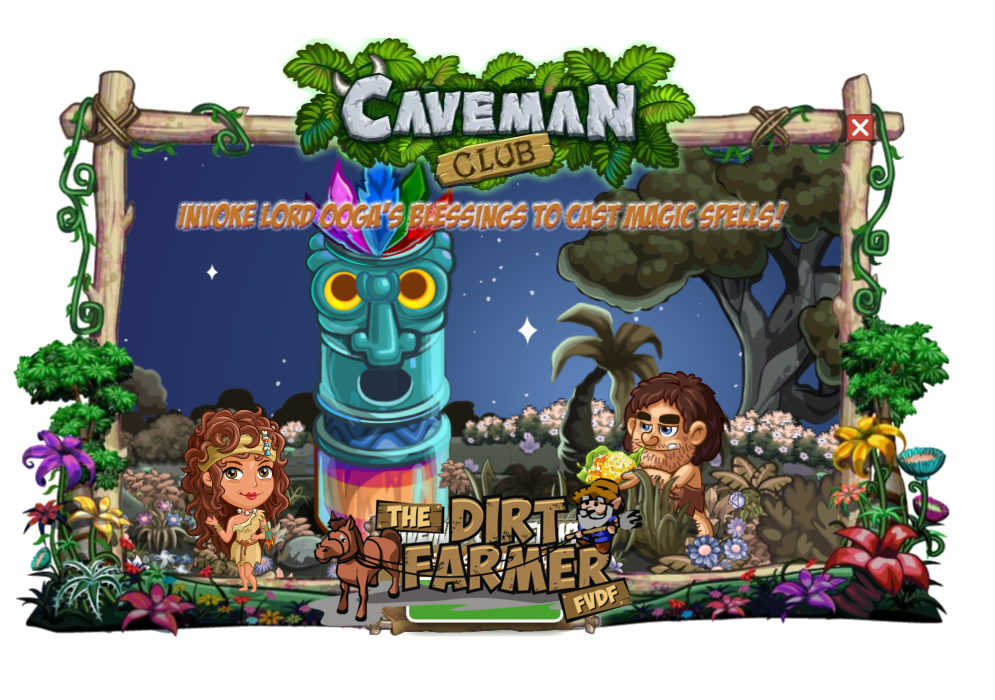 The unique special feature for this farm will be called OOGA AWAKENS.  This will be a unique and special feature in which we must invoke Lord Ooga's blessing to win his land and the ability to cast magic spells.
His land will be a special tile, similar to the special tiles in the past few farms (Namaste India's special animal color changing tiles, Story of Sakura's bonus item tiles). We will win  ingredients by completing the farm buildings that are featured in the normal beat event. (we do not see signs of a beat event or relic room yet, so it is unclear how the shipping license will be earned) 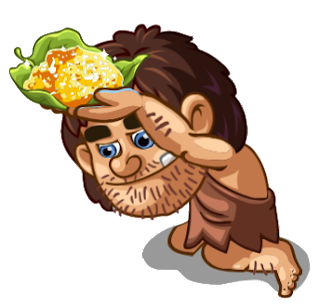 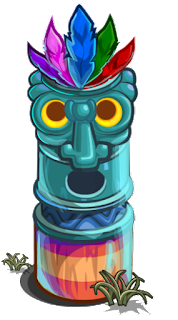 Once we unlock Lord Ooga's land, we will be able to craft Magic Buffs. We can unlock the land for free by buying Early Access, otherwise, we must wait until the second expansion (Mammoth Meadows) is unlocked. These will apparently be random - there is a mystree type aspect to the feature, however, instead of getting useless repeats, this will offer all useful new consumable items. The Magic Buffs last for a variety of time periods from 8-14 hours. Each buff has a Super version which will give the longer time frames. We have the option to add conjuring gems (earned by opening treasures) to our spells to increase the chances of getting a super buff. We will have gatherers, and items that we and they find will be stored in our recipe books to craft the buffs.

A look at the various buffs and their effects. (Remember each has a super version). It currently appears that the buff will only apply to the special tile that Lord Ooga grants. 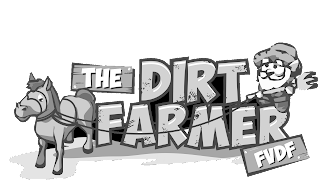 That's all for now, stay tuned to the Dirt Farmer for more information on the all new FarmVille Caveman Club Farm as and how it becomes available.