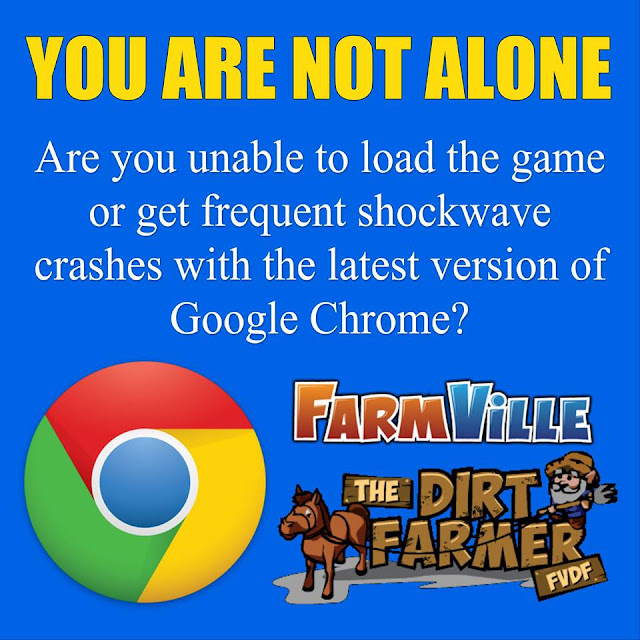 Are you unable to load the game or get frequent shockwave crashes with the latest version of Google Chrome?

YOU ARE NOT ALONE!

Both Google Chrome and Shockwave flash received an update on March 10th. This update could be interfering with Farmville code-base, resulting in performance issues.

While Farmville engineering team investigates a fix, they would highly recommend the following simple steps for you to return to your Farm and have a smoother gameplay experience:

WARNING: Do NOT use Firefox if you have more than 4gb of RAM and check our Dirt Farmer Repair Kit HERE for download links for firefox alternatives for faster computers.

2. Click on “Save File” to save the installer file. 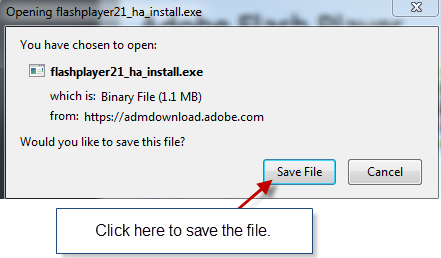 3. Press Ctrl + J and click on the file name as shown in the screen shot below to open and Run the Adobe Installer. 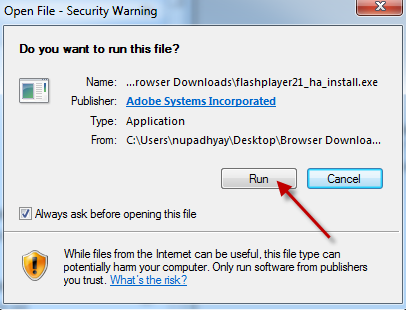 4. Once the installation is complete, please try reloading FarmVille on Mozilla Firefox.

IMPORTANT: If you have a Navidia Geforce Graphics Card make sure you have the updated fix driver. It is included with Windows updates or you can get it HERE