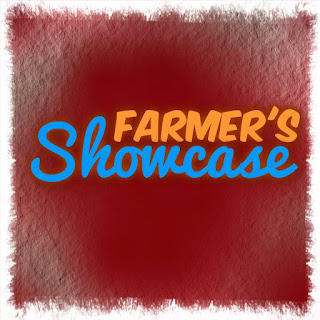 Simple Rules:
DO NOT EVER add your Friends to this Group......We DO NOT Force Add Players...Let them ASK TO JOIN the same way you did.. any Force Adds will be Ignored
This is a Dirt Farmer group. You can advertise other groups on your own wall.  Please do not post links to software groups or game guides that come from anywhere but Zynga or Dirt Farmer affiliated sites. Anything we deem unsafe, disruptive, or anything from other fansites will be deleted. If you post a picture from another player’s farm, make sure to credit the player and it cannot be hosted on another fansite.
This is a group for sharing pictures of your beautiful farms... Let it be a healthy discussion and not turn it into something which leads blaming other players, or being rude for something/someone... Manners are a must for the group members.

Be fair to other members. Do not bump several of your own or someone else's posts or make several posts in a row. If you want to share several pictures at the same time, upload them to one post. Everyone deserves an equal chance to have their hard work shine.

As a group we welcome all levels of farmville decorators. If a picture is really good please do not assume or accuse the person who created it of using 3rd party apps. It is not fair to them when they have put a lot of time and effort into making a beautiful decoration. By all means ask questions and look in files for guides. Anything is possible if you want to learn and have fun doing so.
As such the following (and anything else that is disruptive or that leads to heated discussion at admin’s discretion) are unwelcome in this group and will be deleted:discussion of religion, politics, drug references or other controversial topics, questioning other members’ manners for ANY reason, criticizing the way others type, be it in all caps to see better, all lower case or any style they choose, criticizing other members’ spelling or grammar,questioning other members’ intelligence or mocking their questions, and name calling or calling out of any kind directed toward any other human being. The bashing of members for their choice of buying farmcash or not is prohibited.
Discussion of 3rd party Farmville apps or anything else against the terms of service of Zynga or Facebook including Timeline Removers will be removed.
We follow just one principle... "Play the game the way that you want to play, and not like someone else plays - do not criticize other people’s style of play or demand they play as you want them to. Choose like minded neighbors.
This is NOT a link sharing group - please click here if you need anything other than to post farm pictures and ask to join the appropriate group. http://www.farmvilledirt.com/2015/07/our-guide-to-knowing-and-joining-our.html
Anything that cannot be achieved via normal game play and requires the use of third party apps will be removed
Please DO NOT CREATE DOCUMENTS OR UPLOAD FILES without prior authorization from a DF leadership admin (Locke, Prashanth, Rina, Heather)
If you have questions or need clarification about any rules, please feel free to comment on the group rules document and tag several  admins  https://www.facebook.com/media/set/?set=oa.588850057878773&type=1