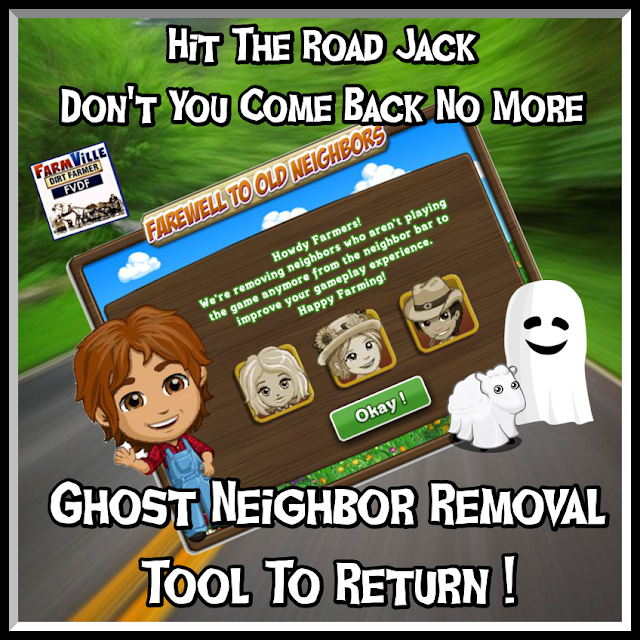 Faceless folks in your FarmVille crafting cottage? Frustratingly low numbers of neighbors to buy bushels and crafts from? Your farm may be plagued by GHOST NEIGHBORS. Those pesky blocked or unfriended folks that don't show in your neighbor menu and only support can remove. In a very positive development for those players vexed by this issue, (especially those without access to support,) the FarmVille Studio has let slip an unreleased image indicating that the GHOST REMOVAL tool will soon return. Check out the details below and please do share with friends.

Those that have been playing a while will recall that the ghost removal tool was first released about two and a half years ago. All a player had to do was simply click ok and the game would remove all those pesky ghosts on their behalf.

(Remember that Zombies - or those neighbors who are still your friend and still have the FarmVille app but simply do not play it any longer are not covered by this tool, or at least were not in the past. You will be able to see them in your neighbor menu and must remove them yourself) 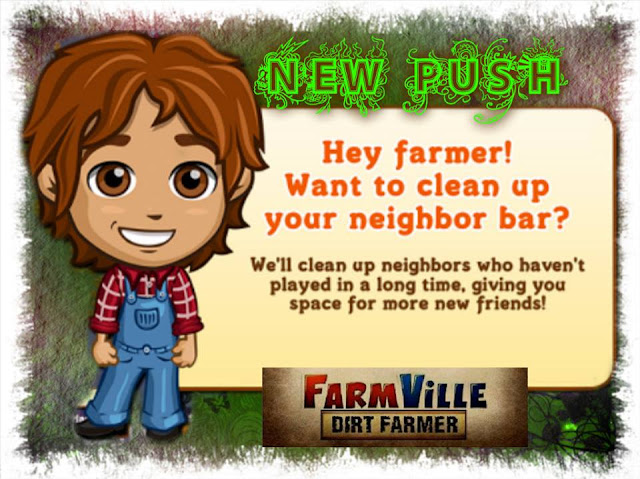 This new image became available today, indicating that the FarmVille Studio will soon be returning the much-requested Ghost Removal tool to the game. We do not yet know if it will be a permanently accessible feature, or simply a one time cleanup as before. We also do not know if it will evaluate the time since neighbors last played and remove Zombies as well as Ghosts. We shall update this post when more information becomes available.

That's all for now, stay tuned to the Dirt Farmer for all of the latest FarmVille news and information...