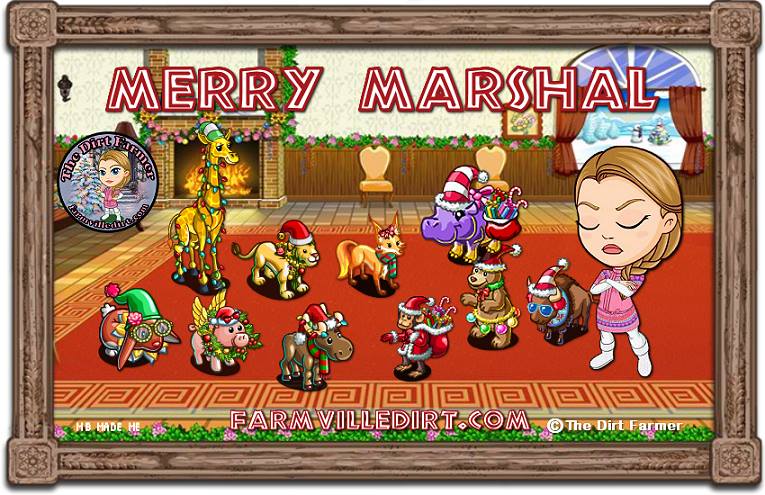 Farmville will soon be releasing a new collect and redeem event in the vein of Bring Back Winter and Jungle Jeopardy. This time it’s the Merry Marshal. Sasha’s friends have all gone away and she is all alone for the holidays! Oh no! Our mission is to gather all the party animals and throw her a big surprise party to cheer her up. Will you help? Your Dirt Farmer team has a preview for you of the possible rewards and what to expect. Check out the details below and please do share with friends if you find our post helpful.


UPDATE 2 : The building (Sasha) is now visible at the side of the farm. According to the clickable "learn more" link when you click on here the feature will not release until 21st December.

UPDATE: While prizes and requirements have not yet been coded to confirm, the FarmVille Studio has coded the dates for this feature. It is currently coded to begin on 21st December, 2015 and end on 20th January, 2016.

Before the feature is released we will get a pop-up foreshadowing it with hints of what is to come.


Similar to Ernest the Elf from Family Reunited Sasha will appear by the side of your farms to interact with the feature. This image indicates that she too will appear a bit early.


A look at the pop-up we will get when the feature goes live on our farms.


A look inside the Merry Marshal feature 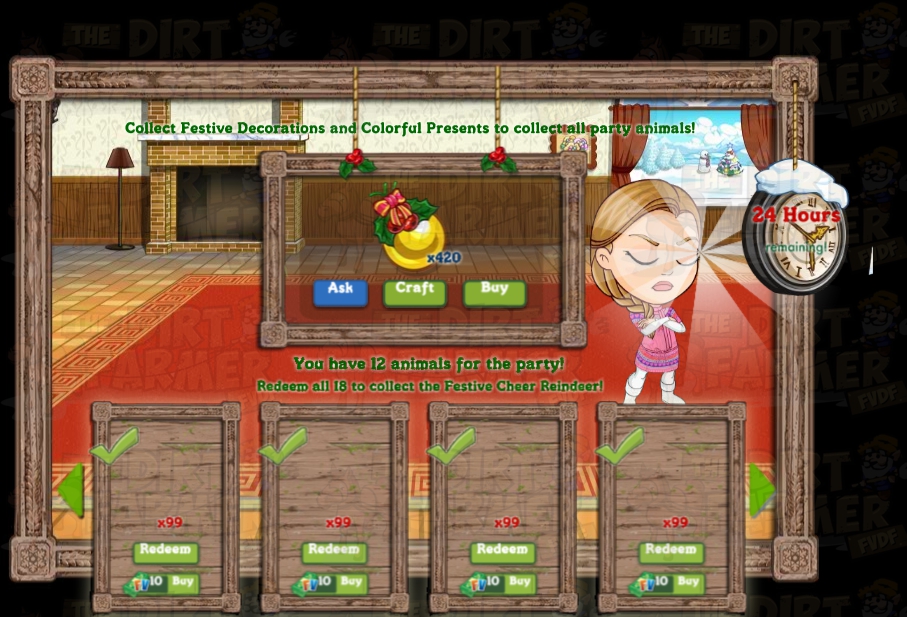 A look at the pop-up we will get  when we redeem a prize.


If we redeem all 18 prizes, we will be awarded the Festive Cheer Reindeer as a bonus prize.

In a rather pleasant turn of events, all 3 of the Festive Decorations recipes- even the one for 5 are currently coded to be done instantly - the return of 0 minute crafting.


If you do not wish to craft or collect the Festive Decorations you can also purchase them with Farm Cash. Note that the pricing is just placeholder text and we will not know the actual pricing until the feature is coded.

This is a charity feature and Zynga will be donating 100% of its share of any purchases within the feature to Oxfam International, an international charity dedicated to eradicating poverty. 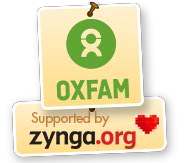 Watch Sasha’s mood improve as she realizes she will not be alone for the holiday.


Finally a look at the  prizes that we will be redeeming in the Merry Marshal feature. This has now been updated with coded rewards and redemption requirements.

That’s all for now, stay tuned to The Dirt Farmer for all the latest Farmville news and information.