Can't See Posts On Your Or Friends' Walls? Delete Your Timeline Remover! 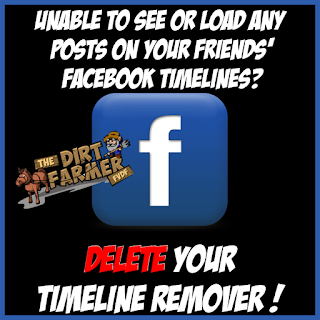 Today Facebook rolled out API 2.4.  This new version of Facebook involves several changes to how apps interact with the Facebook platform. One major one is to Timeline. Since Facebook has changed the way that apps may interact with the Timeline, Facebook users who use Timeline Remover or Old Newsfeed Apps have been reporting throughout the day that they are unable to see anything on their wall or friends' walls.  Others have been reporting strange overlays of information over posts so they can't see what they're clicking. REMOVING those extensions is the fix to the issue. Will they be fixed? We cannot be sure - but it currently appears unlikely. Your Dirt Farmer team has some information as to what and why below, please do share with friends if you find our post helpful.


Since early 2012, the Dirt Farmer has warned against using any type of Timeline Remover or Old Newsfeed Changer App - here is why. 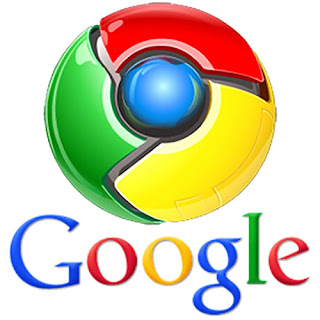 What a Timeline Remover is -

A Timeline Remover DOES NOT remove your timeline or anyone else's - it simply allows you to hide it from yourself. The problem is in how it does that.

Essentially they function as what is called a user agent switcher. These convince your computer that it is using a different operating system and browser than it actually is.  We actually recommend a user-agent switcher to allow you to play Farmville Express on your computer.

Why are Timeline Removers different?

It is safe to use a user agent switcher to interact with Farmville Express, because you are switching to  a modern mobile browser with current security.

Internet Explorer 7 was built to run on Windows XP and Windows Vista. It is not recommended for Windows 7 and incompatible with Windows 8 and 8.1.  It is quite simply too old to support (allow you to see ) timeline so, you are defaulted to the less html intensive version of the page.

Why is that a bad thing?

Well, most likely embarrassment. If you take a look at the NSS Labs study that is linked in that official Microsoft blog post, you will see that the effectiveness of Internet Explore 7 in catching malware is a mere 4%. That means that if a malicious file tries to get into your computer - and there can be a bad ad on any site - MORE THAN  9 times out of 10 it will succeed and you will get a virus if you are using Internet Explorer 7.

If you're using one of these timeline remover apps, with the user agent switcher, then you are using Internet Explorer 7, regardless if you are on Chrome, Firefox or anything else. Now this is old data from 2,009. As time goes on, current browsers get more secure, older ones less so.  This is the latest report we could find with data for Internet Explorer 7. Later reports, which can be found on the same site, indicate that you are increasing your risk of malware by 65 - 94% by switching to this browser. 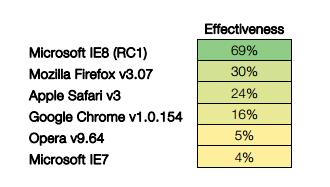 Whether or not you encounter malware is simple luck. Even if you don't have a problem for years using it, one wrong click can lead to a very costly virus removal bill.

Does your farm run slow? Crash often? Whoa Farmer? Sure it's Zynga not your computer because you have lots of memory and the computer is new? Well if you're using a Timeline Remover you're half right. It's not your computer in and of itself - but it's not Zynga either. It's simply the fact that by adding that extension, and rolling back to an outdated 2,006 browser version that can't handle a page as uncomplicated as timeline, so must default to an earlier version, you are essentially changing your super computer into a device less than half as powerful as your average smart phone - no surprise that  the game has issues when you do that.

Well what if I hate Timeline so much that I don't care if I get malware and it ruins my game experience? Will my timeline remover be fixed so I can use it again?

There is no way to know for sure - but given the evidence floating around it seems unlikely - and likely that if they are they will soon be patched again. Why?

1 - They are against Facebook's TOS. Using one could even result in losing your Facebook account.  Automated tools to alter Facebook and view it's content are clearly prohibited. While we haven't heard of anyone losing their account for using a timeline remover, we wouldn't recommend risking it - Facebook has clearly been tightening up on spam and violations lately - sometimes too much  - you can find it in the news often, and most of us have experienced spam filter issues (captcha or "an error has occurred" ) when posting game links.

2 - Facebook has recently gone after many other apps against their TOS. All of the auto-collector apps that folks have used to claim things for Farmville in an automated manner have been disabled within the last few months. The website for at least one of them, Gamer's Unite,  states that it will not be back and that Facebook sent them a cease and desist letter.

3- Internet Explorer 7 is obsolete. Microsoft will be ending all support for it in January, 2016. While the browsers will continue working, there will be no more security updates - so the little security it has will be gone.

4 - Many websites (Including Facebook - that's how Timeline Removers work) no longer support Internet Explorer 7 because it's expensive for them to do so - and the user base is so low that it's not worth the expense. Depending on if you chose one that just accesses Facebook data or all websites, you could have issues viewing other sites. The more sites, including Facebook modernize and update their posts, the less you will be able to see with these extensions enabled.

Facebook may have permanently blocked the workaround with API 2.4 or the extension developers may find a way around it - but if they do, given how aggressively Facebook is going after TOS violations, it's just a matter of time before they block them permanently. It is far safer, both in terms of malware protection and the risk of having your account permanently disabled for using automation, to use the new Facebook search to find posts.  Facebook has given us a safe, built in  tool to find what we need in the new search. Why risk losing your account or damaging your computer to use an extension?

We recommend removing any Timeline Remover and Old Newsfeed changer extensions to resolve the current problem, and NEVER adding them back, even if they are fixed.

IF YOU DELETE YOUR TIMELINE REMOVER AND STILL CANNOT SEE POSTS, RUN A DEEP MALWARE SCAN WITH A PROGRAM LIKE MALWAREBYTES. MANY TIMELINE REMOVER EXTENSIONS ARE MALWARE THEMSELVES, AND EVEN THOSE THAT ARE NOT SIGNIFICANTLY INCREASE YOUR VULNERABILITY TO MALWARE.