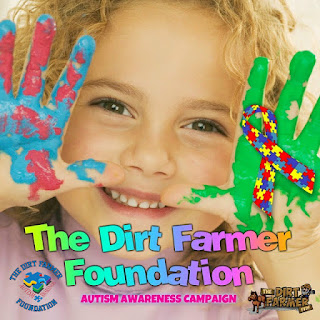 The Dirt Farmer Foundation is our way of focusing the social media power of the Dirt Farmer’s community to help worthwhile charities.


“Everyone is a genius. But if you judge a fish on its ability to climb a tree, it will live its whole life believing it is stupid” -Albert Einstein.

Autism spectrum disorder (ASD) is a developmental disability  that can cause significant social, communication and behavioral challenges. There is often nothing about how people with ASD look that sets them apart from other people, but people with ASD may communicate, interact, behave, and learn in ways that are different from most other people.


Some people consider ASD a disease that should be cured, but for many others it's a condition with special abilities that includes side behaviors that could be addressed and treated.


We consider important to include in this Dirt Farmer Foundation Campaign a new study on childhood vaccines that analyzed 20,000 reports published from 2010 to 2013 and determined that IMMUNIZATION DO NOT LEAD TO AUTISM — a finding that researchers hope will dissipate fears propagated by antivaccine. Read more HERE. 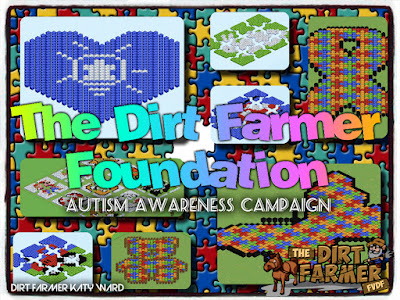 A study in the Journal of the American Medical Association involving more than 95,000 children looked at kids with and without siblings who had autism spectrum disorder and their rates of MMR vaccinations.

The study found that, even in children who have a sibling with autism spectrum disorder that puts them at a higher risk of developing the disorder themselves, receiving the MMR vaccine was not associated with an increased risk of ASD at any age. Learn more HERE. Click HERE to Read the Study.

If you have read stories about conspiracy theories linking vaccines and autism, here we show you some interesting articles that totally debunk the connection between both: The Risk of Autism is NOT increase by "too many vaccines" and One thing we know about Autism: Vaccines aren't to blame. Also we recommend you read this interesting article called The Science FACTS about Autism and Vaccines.

Autism did not clinically exist until 1944. Famous people like Wolfgang Amadeus Mozart, Andy Warhol, Lewis Carroll, Isaac Newton, Abraham Lincoln, Emily Dickinson, Jane Austin, George Washington, Thomas Jefferson, Albert Einstein and Charles Darwin had ASD or were suspected they had it and there are many celebrities and famous people that are just now being diagnosed as adults. Here are two lists of famous who lived with ASD: Asperger and Autism.


This day declared by The United Nations, highlights the need to help improve the quality of life of children and adults, who are affected by autism, so they can lead full and meaningful lives. On this day we Light it Up Blue to raise Autism Awareness. Learn more HERE. #LIUB #AutismAwarenessDay #Autism

HOW YOU CAN HELP. Your support enhances the quality of life of individuals and their families and caregivers touched by autism spectrum disorders. Please Support, Help, Donate and SHARE the work of the national and international non-profit organizations listed below.

These charities aim for diverse goals. Some focus on ASD research; others look to provide services for those who have ASD and their families. Some specialize in children, others in adults; and we include a national U.S. organization that helps people living with ASD find jobs. We invite you to visit each website and learn more about the work they do.

*** Special thanks to Dirt Farmer Katy Ward for her contribution of Farmville Pictures and Videos to this Campaign. Click HERE to see more videos from Katy

Click HERE to check ALL The Dirt Farmer Foundation Month Causes and Campaigns since 2012, including our Month Causes: The Arc, The U.S. Asperger and Autism Association and Easter Seals and Autism Speaks.