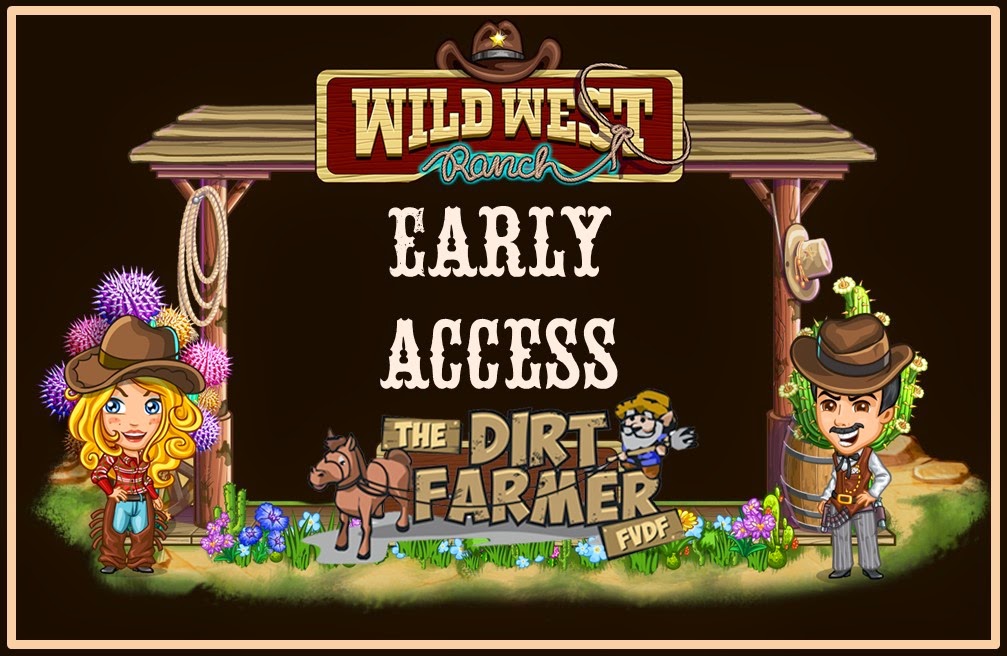 Are you ready for a rootin’ tootin’ wranglin’ and rustlin’ adventure in the Wild Wild West? Early Access for Farmville’s all new Wild West Ranch Farm goes live on 20th April, 2015. Your Dirt Farmer team has a preview for you of what to expect. Follow Cow Girl Betty, Prospector Mr McNally (he sure does look ornery), and Roxy who appears to be a Saloon Keeper, as they explore new frontiers and battle the evil Sneaky Sloan. Check out the details below and please do share with friends if you find our post helpful.

A look at the  pop-up to buy and go. Early Access will  be priced at the usual 45 Farm Cash and include the usual combine, early access exclusive crops and animal reward. It will also include an avatar costume and free fuel and double bushels on Wild West Ranch for the week.

Finally a look at the Avatar Costume Reward

That’s all for now – stay tuned to the Dirt Farmer for all the latest Farmville news and information.