Farmville and Zynga will soon be releasing the all new Royal Rescue Feature. This feature will be exactly same as the Bring Back Winter feature.. Check out the details below and please do share with friends if you find our post helpful.

Farmville Royal Rescue will be available on our farms from 16th March 2015 to 15th April 2015 (NOTE: YOU WILL BE ABLE TO POST FOR, COLLECT YOUR FRIENDS REQUEST POSTS AND CRAFT MAGICAL CRYSTALS UNTIL THE NORMAL UPDATE TIME ON SUNDAY/MONDAY 12TH/13TH APRIL 2015 (DEPENDING ON WHETHER UPDATE IS BEFORE OR AFTER MIDNIGHT IN YOUR TIME ZONE). ONCE THIS ASPECT OF THE FEATURE EXPIRES, YOU WILL HAVE TWO ADDITIONAL DAYS TO REDEEM YOUR CRYSTALS AND KEYS BEFORE THE FEATURE ENDS ENTIRELY AND DISAPPEARS AT UPDATE TIME ON 14TH/15TH APRIL)


When you open the feature, you can see how much time you have left to collect jewels and keys and redeem prizes in the upper left. Make sure you redeem all you have before time runs out - once that timer is up you can't collect or redeem. You can see how many keys you have earned to date from community goals in the upper right and ask for (every 6 hours) or craft the jewels in the middle.

Scroll through the bottom row using the purple arrows to chose and redeem the animals... 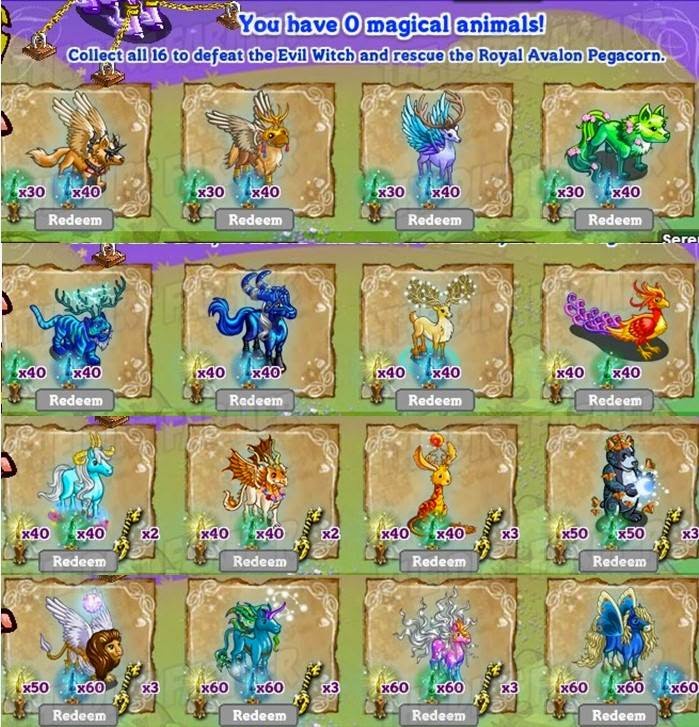 We will once again be able to post for the 3 jewels and collect them from our friends. Unlike the Pink Snowflakes in Bring Back Winter, we will not be able to collect the Magical Keys daily as these come exclusively from the Community Goals Feature. IMPORTANT NOTE: SINCE COMMUNITY GOALS ARE THE ONLY WAY TO GET MAGICAL KEYS AND THEY HAVE BEEN GRANTED IN WEEK 1 AND 2 OF COMMUNITY GOALS, PRIOR TO THE RELEASE OF ROYAL RESCUE, THEY DO NOT SHOW UP IN THE GIFT BOX, SO THEY CANNOT BE DELETED BY ACCIDENT, THEY ARE ONLY VISIBLE IN THE FEATURE. IF YOU HAVE MET THE PLAYER REQUIREMENT IN ALL 3 COMMUNITY GOALS FOR KINGDOM TO DATE, YOU WILL START OFF WITH 25 MAGICAL KEYS. 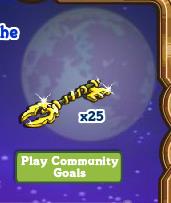 Unlike the Bring Back Winter feature, this time around we'll be able to craft the 3 different colored gems in the Craftshop, with no waiting time involved..

We’ll be able to craft blue, green and white gem recipes in the Craftshop


Of course if you don't want to deal with the tasks to complete this feature and still want the items, you can purchase the jewels and keys for farm cash. 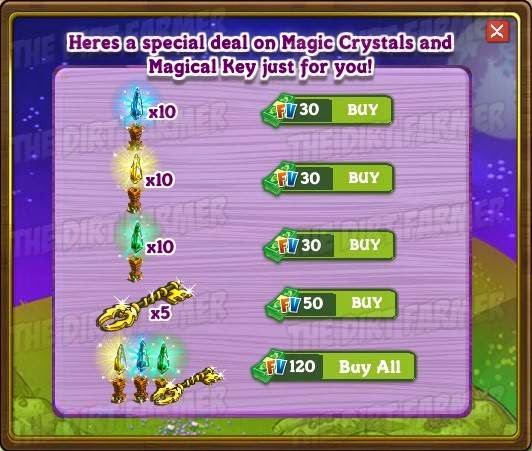 A look at the rewards for the collect and redeem aspect of this feature. Note that if you log in all 14 days to collect your Magical Keys, then you will have enough of the keys to redeem all rewards. It currently looks as if you can miss a day or two, but this may change when it is released. The gems with other colors will depend on how many you collect from the feed and your own posts. You will need a combination of the listed number of each type of gem to redeem each reward

Once you redeem all of the rewards listed above, you will then receive a bonus reward, a Royal Avalon Pegacorn

These rewards will not be in the market, you will need to access the feature via the icon on the right side of your farm to redeem them once the feature is released.

That’s all for now, more as we know it. Stay tuned to the Dirt Farmer for all of the latest Farmville news and information.