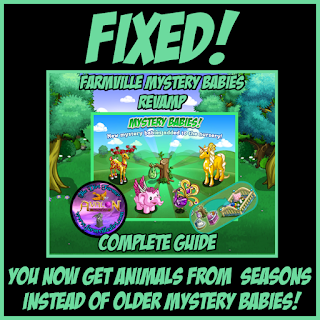 As discussed in our exclusive interview with the Farmville Studio on The Dirt Farmer LIVE! A complete revamp to MYSTERY BABIES has now arrived. Babies work completely differently than they did in the past and different animals are now available in them. Check out the details below and please do share with friends if you find our post helpful.

AS OF THE ENHANCE ON 8TH MAY, 2015 THE MYSTERY BABY REVAMP HAS BEEN FIXED! YOU WILL NOW GET ANIMALS FROM THE SEASONS AND NOT THE OLDER BABIES WHEN YOU GROW A MYSTERY BABY ADOPTED FROM THE FEED. THIS APPEARS TO BE WORKING FINE WHETHER YOU GROW IN THE BABY NURSERY OR OUT ON THE FARM. THANKS TO DIRT FARMERS KANDY AND RENEE FOR THEIR EXTENSIVE TESTING ASSISTANCE WITH THIS FEATURE.

In a rather interesting twist, since the fix (We're not sure if this is intentional, caused by the fix or caused by the roll out of selling from within pens) pens are giving double babies for many players - they double in the gift box after refresh. If you do not own a double baby statue, you get two and if you do own one, you get four. Each set of two gives one clone from your pens and one random  animal from the seasons. 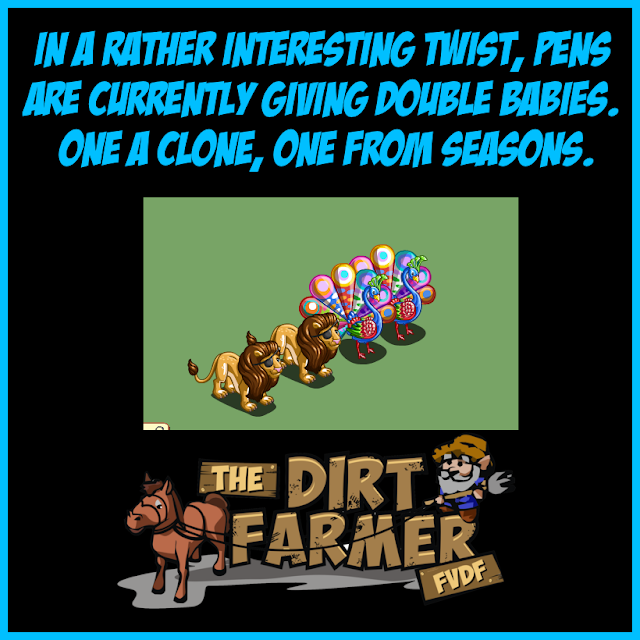 (If you wish to check out the interview, but cannot use the audio file, click here for a transcript)

Things to be aware of
Our contacts at Zynga have kindly provided us with the complete loot table for all animals that you can grow from the updated feed-adopted mystery babies.  This information is only available in completion due to their sending it to us to publish  personally and this information is EXCLUSIVE to Dirt Farmer and Gnomi only. Dirt Farmer is the ONLY English Language site where you can see all that lurks inside the bundles and choose which ones to hunt to collect what you missed. As well as the 3 new never before released Palm Paradise Animals! Remember that when the Farmville Studio began planning the update they asked us to do a poll asking how often players would like these updated going forward – so this is not a one time change, you can expect a steady stream of updates as time goes on. 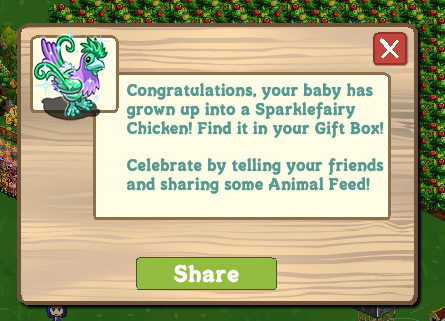 There is currently a bug in this feature that is causing babies from your own pens to grow random for some folks. Our contacts at Zynga have informed us that this should not be the case and you should still be getting a duplicate of something inside the pen. Only feed babies should give the random seasonal animals. They are working to correct this. This is a relief for those players who rely on their pens in hopes of getting an extra of a favorite animal, one with high mastery numbers, or one that has to be harvested many times for a quest. (We do not yet have enough information to determine whether this aspect is completely fixed - do let us know your experience) 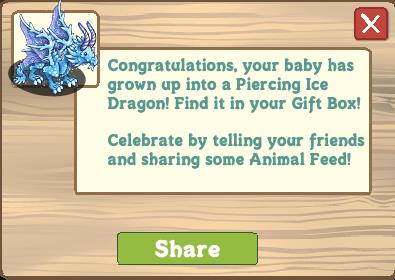 Some players are also still getting animals that were in older mystery babies from feed babies. Only the animals that are listed in the below charts as being in the season that baby is from should be coming from feed babies. Zynga has informed us that they are working to correct that as well.  It’s an interesting switch with the ability to get breedable pattern rams and boars (could this be a hint at NEW patterns in the future – we hope so) magic and dream deer, horses, cows and even a WORKING stallion from a feed baby…. Some of these items were quest rewards you may have missed, many were only available previously for Farm Cash. Many were also first released in 2013 and 2014, well after the last update to babies.

THIS HAS NOW BEEN FIXED! YOU SHOULD NOW ONLY GET ANIMALS FROM THE SEASONS IN THE BABIES YOU ADOPT FROM THE FEED. 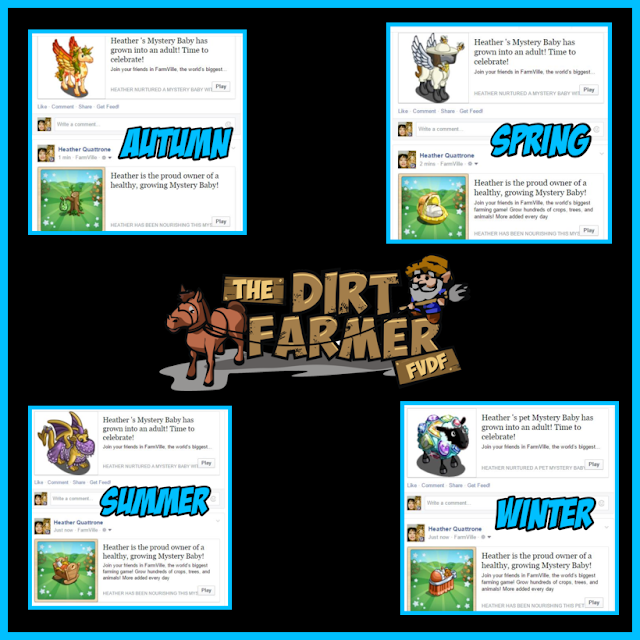 Please note that the Veiled Dragon we got in our Summer baby is available in both Summer and Autumn babies. If you notice it in the Autumn babies table, this does not indicate an addtional bug in the feature.

A look at the loading screen.  Note that the loading screen states “New mystery babies added to the nursery” To avoid confusion, nursery in this case does not refer to the Nursery Barn which had a recent limited edition re-release, and the permanent return of which was discussed in the above interview. It refers to the Baby Nursery in which you place and grow mystery babies. Of course mystery babies can also be grown out on the farm, but if you use the Baby Nursery, it will return them to your gift box for placement on the farm of your choice. This is handy if you have harvested several farms, and wish to avoid the whoa farmer issues associated with growing and penning an animal locked to another farm.

The above pop-up invites you to place and build a baby nursery. As of the enhance on 13th March 2014 you will have a completely different experience when harvesting your pens. While the share popups appear the same, the babies will show in your gift box as summer, winter, autumn and spring. They will show the same when you collect them from the feed.
Instead of being grouped by specific pen, there are 4 sets of possible prizes that are grouped by season. They are now all grouped together by season, so the same prizes will come from common or rare – which makes the lower feed requiring common babies more appealing now. Any baby that you grow from any season can grow into any baby within the prize table for that season. Mystery babies adopted from the feed can grow into one of about 50 random animals that can be found within each season, for a total of 198 possible adoptions that you could not obtain this way before. There is currently a bug in this feature that is causing babies from your own pens to grow random for some folks. Our contacts at Zynga have informed us that this should not be the case and you should still be getting a duplicate of something inside the pen. Only feed babies should give the random seasonal animals.

Thanks to our contacts at the Farmville Studio for the COMPLETE list of what is now available in the new seasonal mystery babies!  The seasons include 3 new, never before seen animals hiding within the mystery babies, from the long-forgotten Palm Paradise and give you a chance to catch up on some that you may have missed. 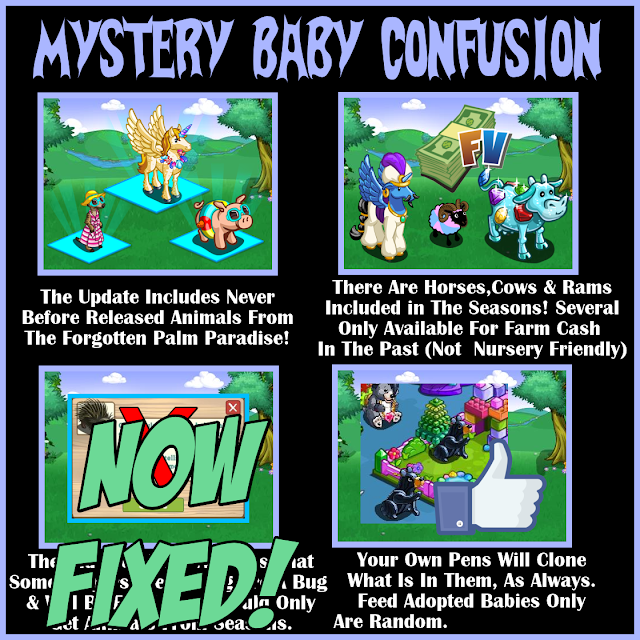 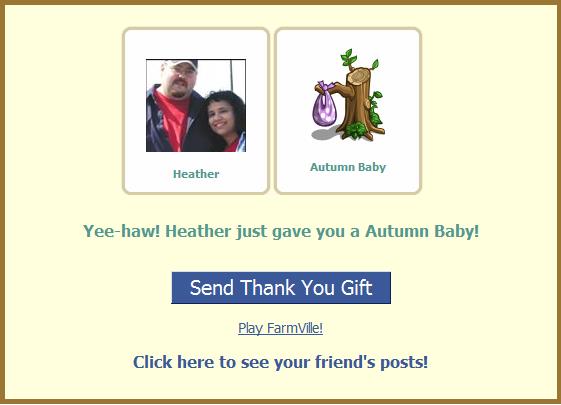 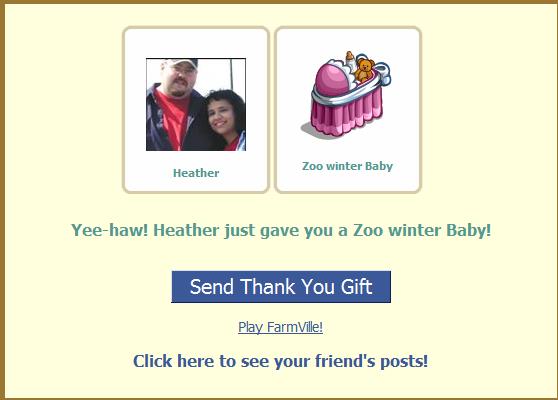 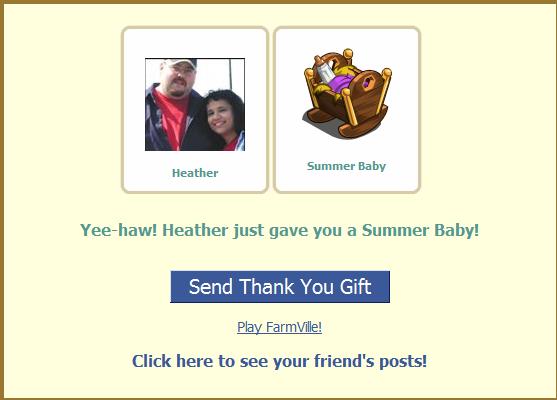 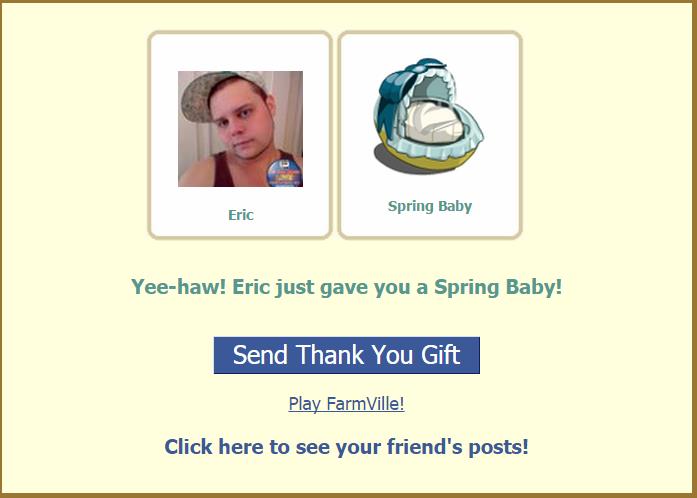 That’s all for now stay tuned to the Dirt Farmer for all the latest Farmville news and information.