Home » NaKeD Dirt Farmer » To Friend or Not to Friend: That is the Question That May Save Farmville

To Friend or Not to Friend: That is the Question That May Save Farmville

Anyone who has played Farmville in the past few months knows that it is becoming more and more difficult to CLAIM from your FRIENDS.
Whether it be Rewards or Help on a Feature…It seems that long time Friends are suddenly giving us “Sorry but only friends and neighbors can accept that reward”.
We know we’re Friends…We know we’ve been Friends for years.
So what’s the problem?
Facebook is NOT communicating the proper response to a lot of our Farmville posts…In other words, it’s as is our FRIEND CONNECTIONS are broken.

The Dirt Farmer Proposes that the FRIEND REQUIREMENT be removed from all Farmville Features. Starting with newer features and slowly being removed from older systems in the game.
We were actually able to discuss this in our December 28th. 2014 Interview with the Farmville Team.
We do understand that this isn’t a FIX that can be easily implemented…The number of features that would have to be re-coded is staggering.
I do believe the recent BRING BACK WINTER Feature would have been amazingly more popular if we could actually claim those Snowflakes off the Newsfeed.
If the Farmville Studio does take our advice and removes the Friend Requirement from the game then you would be able to claim and get help from anyone on Facebook…This may take some getting use to but your Friends List would still be useful to be able to see what others are posting. The only difference is that you would actually be able to claim it.
Groups would become an essential way to claim rewards and get help. The Dirt Farmer’s VOTE HELP Group is “living proof” of this. The Farmville VOTE Feature doesn’t require the FRIEND CONNECTION so any player can help any other player. 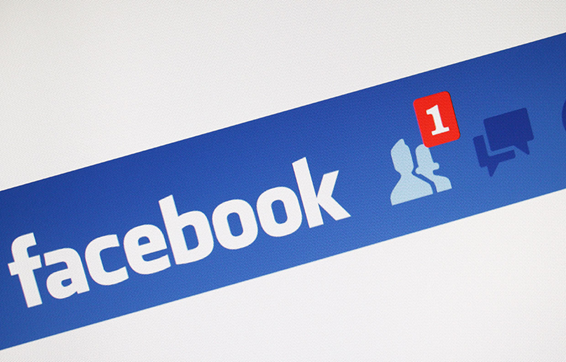 SOME FACTS TO REMEMBER:
You can have 5000 Facebook Friends that you should be able share Farmville posts with and help.
The 300 Neighbor limit is basically the players you can buy Bushels from and easily visit on the farm. 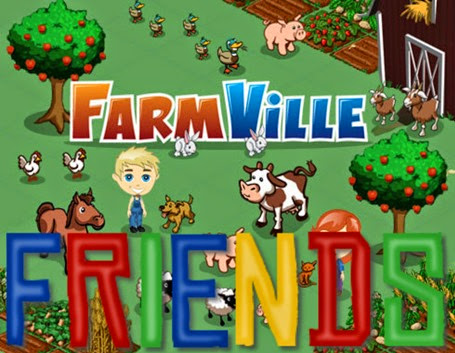 Some of us have spent years maintaining our Friends Lists in order to make game play more efficient. Some of us with MEGA LISTS of 4000+ Farmville Friends can still maintain some game at this point. Even though it’s getting more and more difficult to play any aspect of Farmville with more and more broken connections each day.
Some players have always kept very short intimate friends numbers under 1000…Some even under 200. This alone makes Farmville almost impossible to play but with so many broken connections it’s as if you have no friends at all. 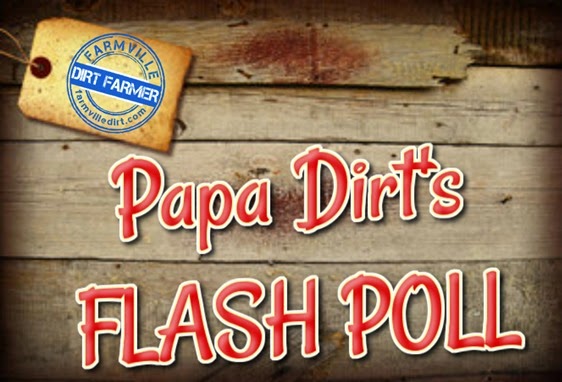 WHAT DO YOU THINK?
Click the above Picture and VOTE in our FLASH POLL