We have informed you before that Zynga is planning a Medieval themed farm for the the next expansion farm for Farmville. We have found some images of this upcoming farm’s treasures.. For now have a look at The Dirt Farmer post for a  hint as to what the new treasures on the new farm will look like and how many parts you will need to open them, depending on how far you expand.

Like every other farm, we’ll have 4 different types of treasures.. it looks like they will be ruins themed

You will need 2 new parts to open the treasures with.. The Magical Wand and the War Hammer..


Below you will find a series of tables – the first listing the quantities of each part by expansion and the second and third listing cumulative parts for the upper and lower cliffs respectively. As the expansions are now squares, the treasures will be listed by the expansion name and not a size.


Now, for those that want more details, we have two additional charts, that will list the cumulative material requirements till a particular expansion by cliff on the Farmville Avalon Wilderlands Farm… Check it out too…

in this post. If you wish to earn these by unlocking, but would like more room, you can purchase any or as many of the expansions on the top cliff right away and wait to unlock these. The two cliffs are independent. 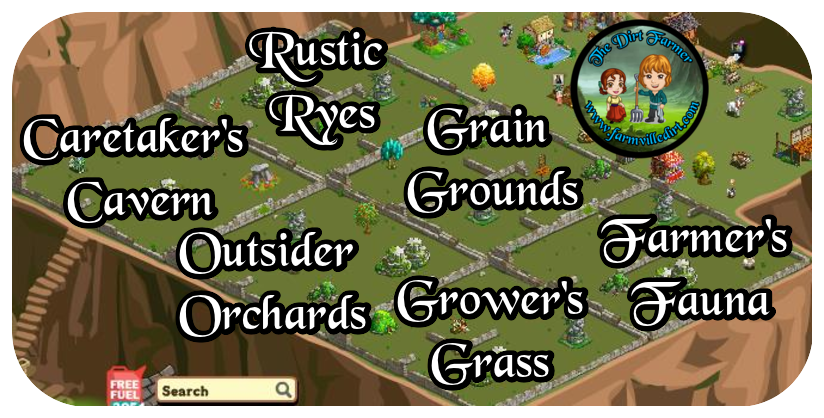 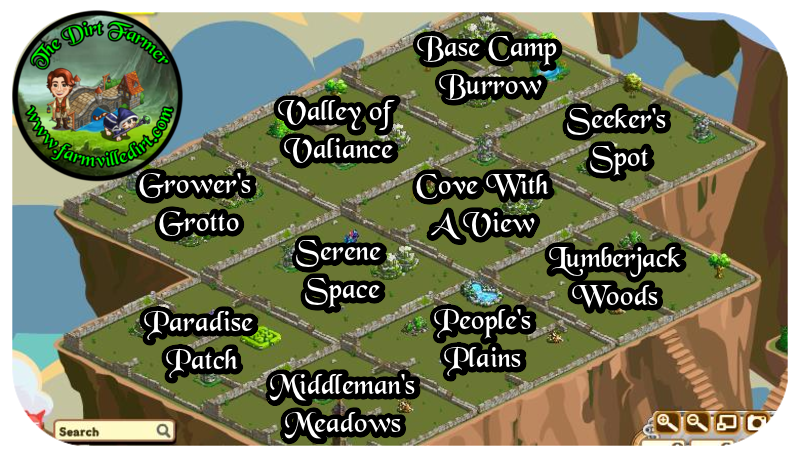 Note: The upper cliff allows you to expand in various directions. The cumulative totals on this table are only valid if you opt to expand in the order listed in the table. This table counts ONLY parts needed for the upper cliff, as the base farm parts are included in the lower cliff table

If you were going to purchase  and or unlock if possible every single expansion on the farm, on both cliffs, then you would need 300 Magical Wands and  1,022  War Hammers