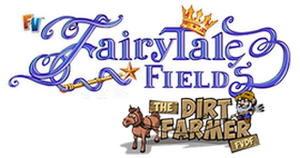 As with all new farms, Farmville’s all new Fairy Tale Fields Farm will have a BEAT FAIRY TALE FIELDS event to give you a chance to earn your shipping license. Your Dirt Farmer team has found some images for you, to give you a preview of what to expect. Check out the details below and please do share with friends if you find our post helpful.
For more information on Farmville’s all new FAIRYTALE FIELDS FARM check out the Dirt Farmer’s COMPLETE GUIDE TO FAIRYTALE FIELDS.
For a strategy guide to Beat Fairy Tale Fields click here

For a strategy guide to the Magic Garden click here

A look at the loading screen. The Loading Screen for this feature is scheduled to start on 7th August, 2014 with the event itself likely to start that day or soon after.

As you can see we will receive the usual instagrow, unwithers and Fairy Tale Points along the way. Now a look at the different images for tasks, sharing and progress that you will see along the way.


If you do not want to play the beat event, but still would like the license, it will also be available in the market, likely for between 200-250 Farm Cash

NOTE: WHEN YOU GET THE FARM, THE CASTLE IS AT LEVEL ZERO. THE 10 LEVELS ARE ZERO TO NINE. THE BEAT EVENT APPEARS AT THIS TIME TO SAY "COMPLETE THE CASTLE TO LEVEL 10" SINCE IT STARTS AT ZERO, LEVEL 9 IS ACTUALLY THE 10TH LEVEL AND YOU HAVE MET THE REQUIREMENT WHEN YOU GET THERE.


AS OF THE ENHANCE ON 28TH AUGUST 2014, ZYNGA HAS ADDED AN ADDITIONAL REWARD AS COMPENSATION FOR THE ADDITIONAL TASK THEY ADDED LAST WEEK WITH THE MYSTREES - THE FLAMING PEGACORN.

That’s all for now, make sure to stay tuned to the Dirt Farmer as we will update this post as more information becomes available.