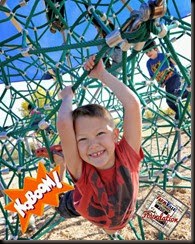 The Dirt Farmer Foundation is our way of focusing the social media power of the Dirt farmer’s community to help worthwhile charities.

Our CAUSE it’s JUNE or Cause of the Month is:

“PLAY MATTERS! Help us give all kids the childhood they deserve”

Today children are playing less than any previous generation, and this lack of play is causing them profound physical, intellectual, social, and emotional harm. Not enough play-spaces are being built; those that exist are often in disrepair. Recess is being eliminated from our nation’s schools, kids are over-scheduled, and in their free time, many choose to stay indoors, lulled by television, computers and video games. Play is on the decline throughout America and too many kids are missing out on the childhood they deserve. Play is disappearing from homes, from schools, and from communities. Too many people believe that play is a luxury.

WHY SUPPORT PLAY? Play helps kids grow to be healthy, happy, and successful, allowing kids to be creative and adventurous, to explore, get exercise, and make friends. Kids who play do better in school because play helps develop the cognitive skills that are positively linked to learning and academic performance. Kids who play are healthier, less likely to be obese, and less prone to obesity-related health problems such as diabetes and heart disease because play keeps kids active. Kids who play make friends and build their confidence because play teaches the social skills that help them become happy, well-adjusted adults. KaBOOM! exists to solve this problem: The Play Deficit. 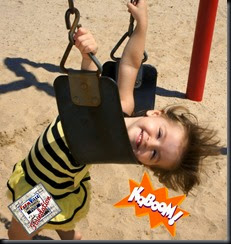 More than 275 companies have partnered with KaBOOM! to bring play to under-served children. As a result, KaBOOM! partners have engaged employees, empowered communities, built stronger brands and given children the childhood they deserve. Since 1996 KaBOOM! has built, opened or improved over 15,000 playgrounds, mobilizing 1 million volunteers to bring play to over 6.5 million children in need. KaBOOM! can't do it alone; become part of the movement and learn how playground building works. PLAY MATTERS and all children deserve the joy of play. But too many are missing out on vital opportunities to move their bodies, exercise their imaginations, and interact with other kids. With your help, KaBOOM! can save childhood for millions of kids in need. Need a playground in your community? KaBOOM! Dream Playground offers the money and know-how to make your playground dreams come true!

TAKE ACTION FOR PLAY  How can YOU bring play back to your community? Saving play can start with something as simple as a bucket of sidewalk chalk. KaBOOM! wants to empower you to take action and connect you to other moms, dads, teachers, and community advocates who want to give all children the time and space to play. Join KaBOOM! 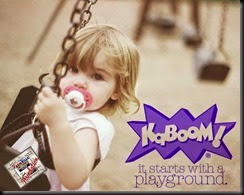 FIND A PLAYGROUND NEAR YOUR LOCATION