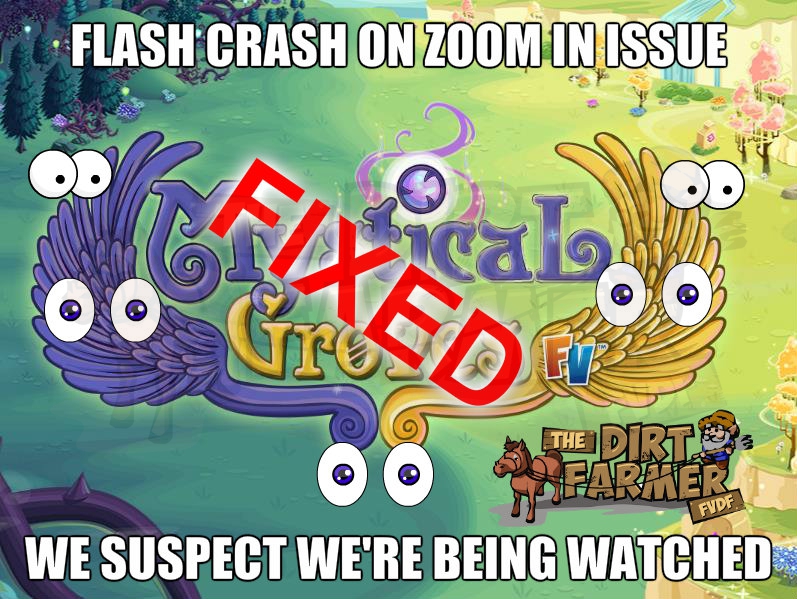 As of the enhance a few hours after this was posted, Zynga made some coding changes and this issue is now fixed for most players.

Did you purchase Early Access to Farmville Mystical Groves? Now finding yourself frustrated with constant flash crashes and “The Gray Circle of Death” (Gray circle with exclamation point in the center of a white screen)? Your Dirt Farmer team has determined what is causing all of the issues and we have a possible workaround for you to stop the crashing. There is a lot of information contained herein, so please be sure to read the FULL POST. Check out the details below and please do share with friends if you find the post helpful.

Why the crashes are happening:

For some reason Zynga has coded the Mystical Groves farm to COMPLETELY CHANGE THEMES  whenever you zoom in. Note the differences in the below before and after pictures of the same spot.

Before  Zooming : the Farm has the normal Mystical Groves theme. 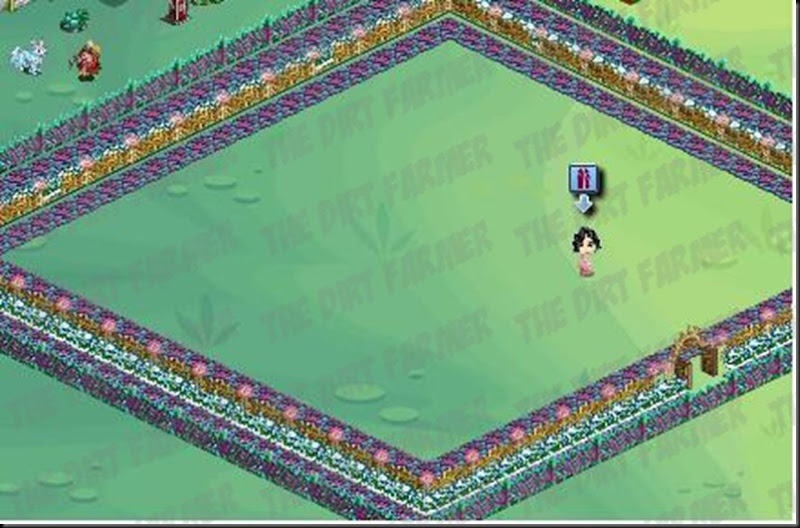 After Zooming: The terrain becomes significantly darker and looks more like the other farms. This will generally happen on the second zoom click. It can also happen when dragging to move the farm or opening buildings. 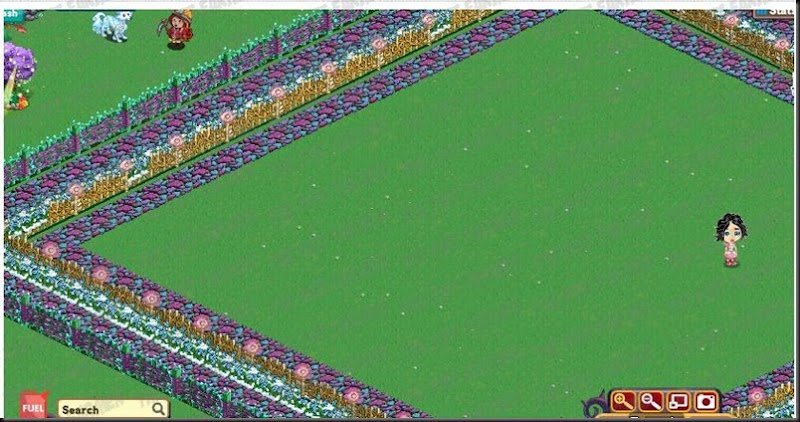 What that means is that in coding the farm to change theme on zoom, Zynga is giving Flash (the platform the game is coded on) two huge tasks to do at once, zooming in and refreshing the theme. In most cases, Flash can’t handle that and you get the Gray Circle of Death, because it takes more memory than Flash is capable of  accessing or using. To read more about the difference in types of flash crashes click here. 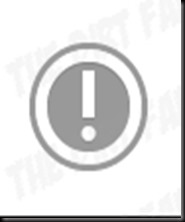 Now for the workaround.

Disclaimer: This workaround has been tested and worked for several members of The Dirt Farmer team. It still requires some pretty intensive memory usage. If you have an older computer, or less than 4GB of RAM, it may not work for you. There does not currently seem to be a workaround available for older systems or computers with low amounts of RAM. If it does not work for you, all we can do is wait for Zynga to fix the issue.

1) Travel to another relatively small farm. Choose the least loaded-up one you have.

2) Close the browser tab the game is open in to release memory. Flash retains in memory every farm that you have travelled to until you release it by closing the tab. If you do not do this step, the workaround will not work.

3) Open a new browser tab and load your farm. Wait until it's fully loaded and then travel to Mystical Groves. Mystical Groves will flash the darker theme then go to the regular theme. IT WILL ONLY DO THIS AFTER TRAVELLING, NOT WHEN YOU LOAD YOUR FARM DIRECTLY TO MYSTICAL GROVES. At least for us.  Since Flash retains memory for everything you have done since you opened the tab, it will cache the darker theme. Since travelling seems to be less memory intensive than zooming, Flash can handle that.

4) Zoom in slowly, since it flashed the theme after travel, but doesn't on load, it is already stored in flash cache and doesn't crash. You can then do what you like on your farm and it will stay stable. Remember that any time you close the tab the farm is in, that part of flash memory is released. You will need to repeat the workaround each time you load your farm. 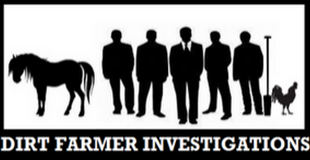 We hope this post has been helpful to you and that it will make playing the new Farmville Mystical Groves Farm a more fun and less stressful experience. Happy Farming!