Home » Zynga and Farmville News » Zynga’s New CEO: LAYING THE SMACK DOWN ( A MUST READ)

Zynga’s New CEO: LAYING THE SMACK DOWN ( A MUST READ) 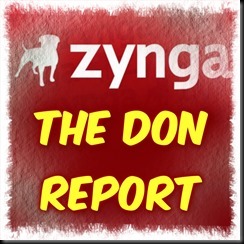 Zynga departures continue under new chief exec Don Mattrick
San Francisco, California: Zynga HQ
“Zynga’s still a young company, and we have the capability to break some bad habits and get back to some good fundamentals. And while my approach in the first few weeks is to listen and learn, when it becomes clear what change is necessary, I’ll move quickly and decisively to do what’s in the best long-term interests of our players, employees, and our shareholders.”…Don Mattrick CEO Zynga

Zynga has a new chief executive officer. Don Mattrick, formerly of Microsoft, took over the role in July, and now he’s starting to throw his weight around.
The social-gaming publisher is reorganizing it’s managmentstructure, according to All Things D. Chief operating officer David Ko, chief technology officer Cadir Lee, and chief people officer Colleen McCreary will all leave the company next week.
“I have been working with our leaders to review different parts of our business in order to develop a set of operating principles to help reset the company,” Mattrick wrote in a letter to employs that Zynga posted to its blog. “We are now calibrating against the market opportunity and developing detailed plans to achieve topline growth and improve profitability in the future.”
Mattrick says that these departures are all a part of that growth process.
Read more at http://venturebeat.com/2013/08/13/zynga-departures-continue-under-new-chief-exec-don-mattrick/#ot17V5I1Aq4gAf1Y.99