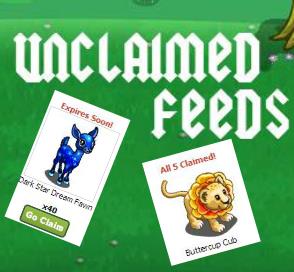 Note: The new push today appears to have caused the tab to vanish for some folks who had it previously, but not all. We are not sure why this is and will let you know if we find out anything.

First a look at the  loading screen that hints at the new feature.

When the feature is released to you, you will find a new “Feeds” tab at the top of the game beside help.

The Unclaimed Feeds have changed somewhat from the original version, instead of having to leave your farm entirely and load a different screen, the feature now pops up similar to the gift envelope when you click on the tab. 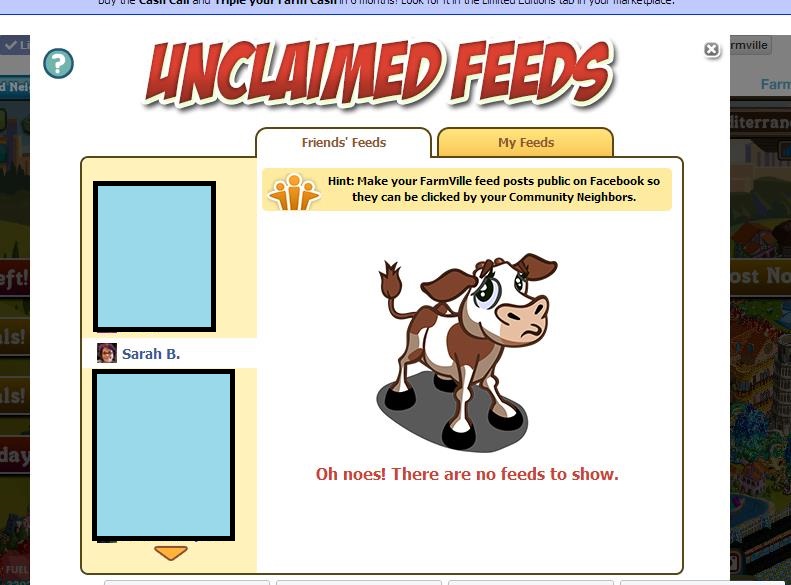 The feature can be a bit slow to load at times, if it pops up like this, waiting a minute or two will correct that in many cases. 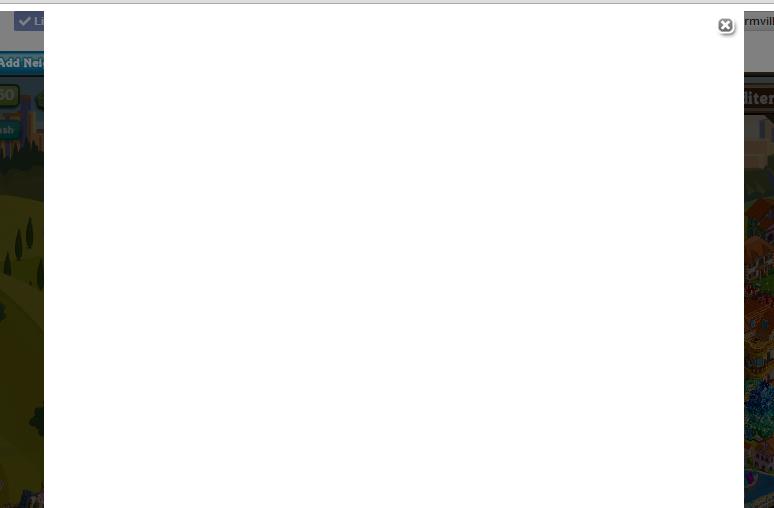 The first time you load it, you will see the following tutorial 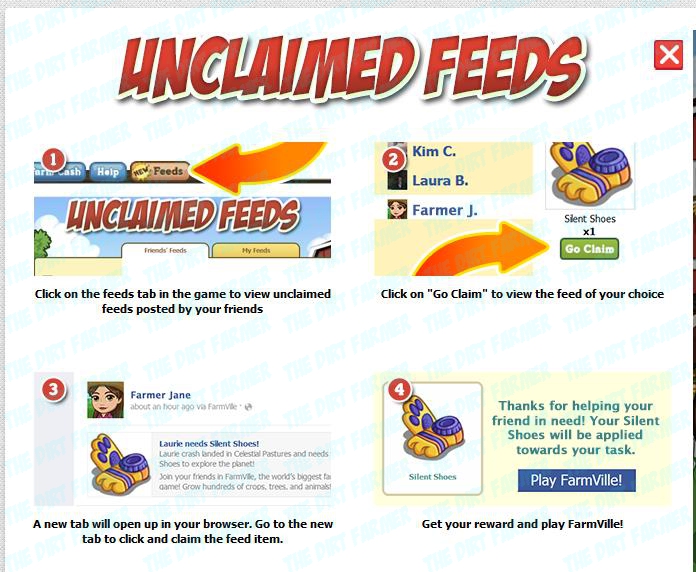 When you close the tutorial you will see a scrollable menu of friends’ feeds. Simply click on a friend’s name and it will show you what they have unclaimed. Categories include Mystery Seedlings, Quests and Escapades and Animal pens.  Feeds that will expire soon are also highlighted to so note. 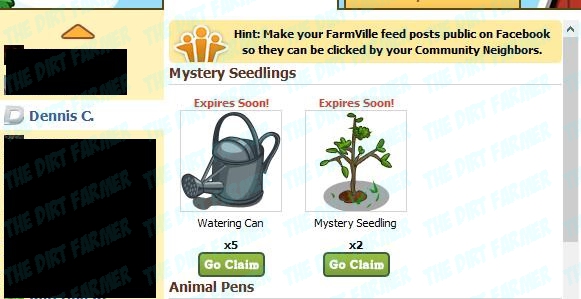 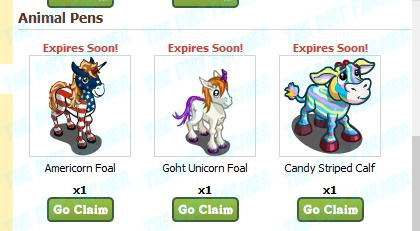 The Quests and Escapades version is a great way to check who needs help and to help your friends if you missed their feeds as quickly and complicatedly as the main feed runs. 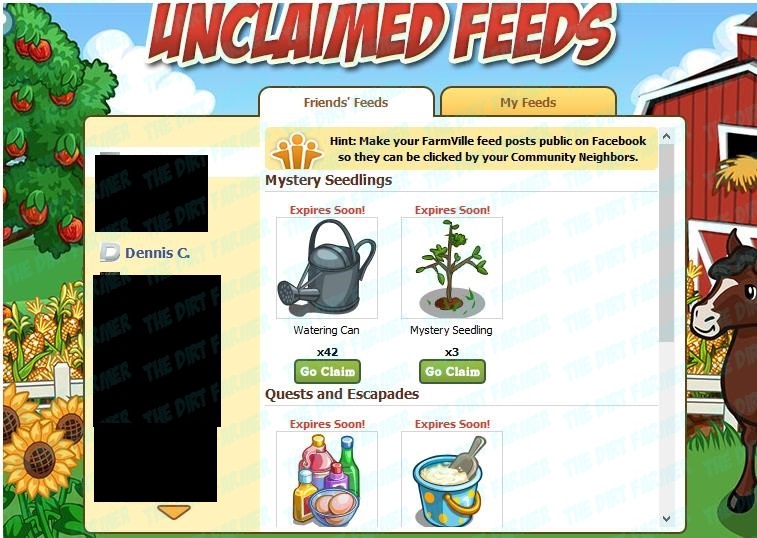 If a friend has no unclaimed feeds currently you will see the following screen when you click on their name. 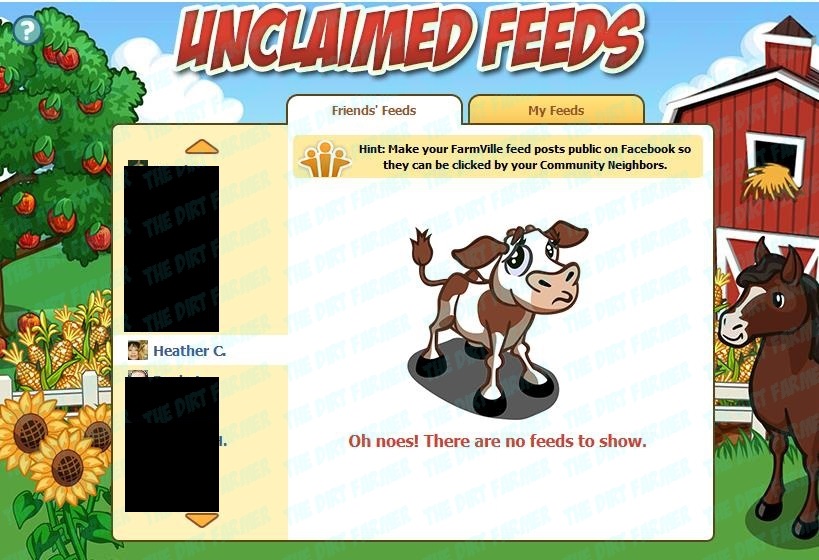 In an interesting twist, the game recommends making your Farmville posts public so that your community neighbors will be able to click on them. In the past, people have had to be Facebook friends to click on each other’s post. It appears that unlike the tagging and ticker feature, this one may respect players’ privacy settings.

If you see a feed you wish to collect, simply click on “go claim” 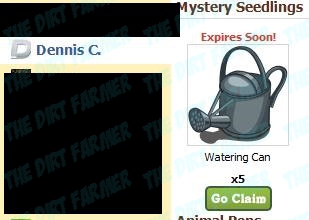 When you click the post, the usual screen will indicate whether or not you got the item. Both posts that we tested were indeed still available and successfully claimed.  This feature seems to be working well right from release.

It's helpful to allow you to get things that you may want or need that would otherwise go to waste. As you can see the calf that "expires soon" is indeed 21 hours old. 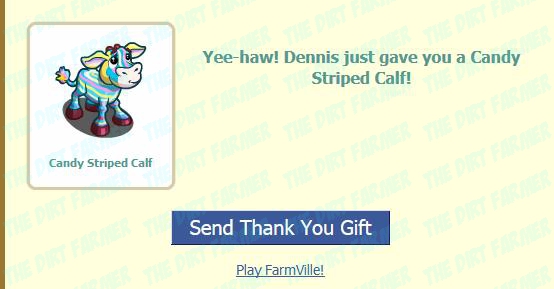 There is also an additional tab next to the tab for friends’ feeds marked “My Feeds”. This is a rather handy tool that lets you know what that you have posted is unclaimed and how many clicks are left on it. You can use it immediately after posting to indicate how many clicks a post has in total, or check back later to see how much more help you need on your quest. 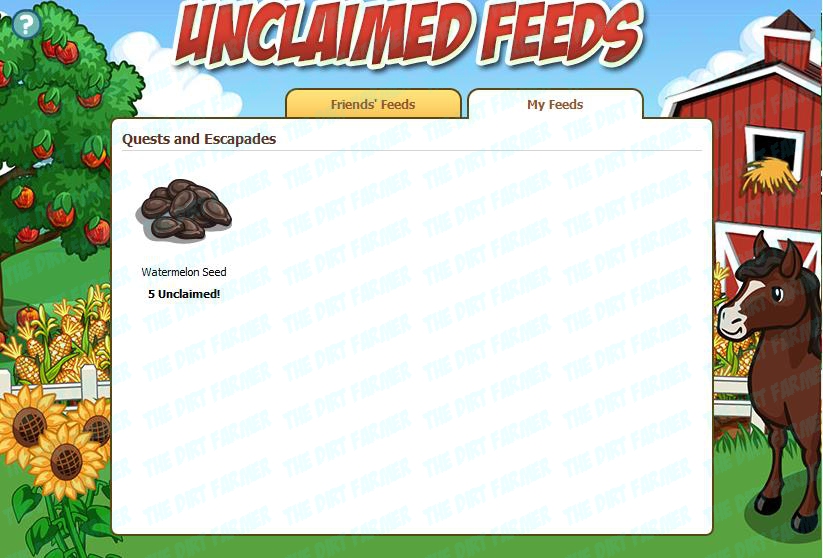 My Feeds shows all categories not fully claimed, similar to the friends feeds tab. It also shows you recent posts that have been claimed, so you know when things are done. In another odd twist it actually shows you who has claimed/clicked your posts.  (Emoticons added for neighbor privacy) 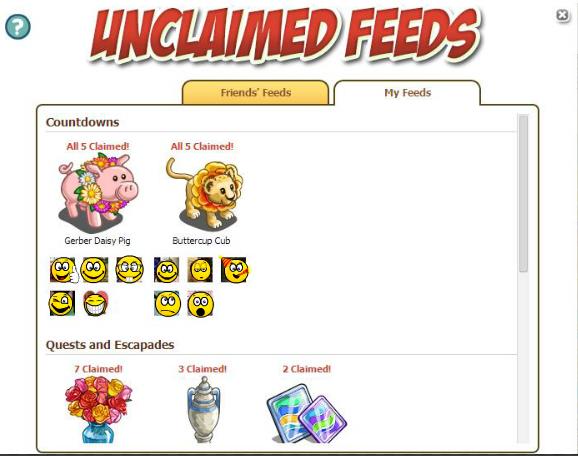 That’s all for now. What do you think? Will the unclaimed feeds feature be a useful tool in your game play? Do let us know.