Home » DF Investigations » Farmville Troubleshooting » Farmville Visitors Are Not Hackers But They May Mean Your Farm is Haunted By Ghosts or Zombies.

Farmville Visitors Are Not Hackers But They May Mean Your Farm is Haunted By Ghosts or Zombies.

How can this happen? Well it’s a side effect of GHOST NEIGHBORS.  What happened here is that Dirt Farmer Dennis had Ghost Neighbors stuck in his neighbor number when he accepted neighbor requests from Dirt Farmer Rob and Dirt Farmer Heather. The game thought he already had 300 neighbors. The result of this is that he became our neighbor and we did not become his. When we visited him, since we were not connected as neighbors he saw us as the default blonde avatar with or without a question mark. These visits are real and are us, not hackers and were done for testing purposes to confirm this theory. 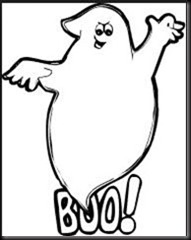 If you find default blonde avatars on your farm, with or without a question mark they are your friends. One of a few things has happened.


How to find out if you have Ghost Neighbors

(These are different from Zombies)

This will show you how many total neighbors you have that you can see.


Then go to your local celebrity ribbon

If there is a discrepancy that means you have that many neighbors “stuck” that you can’t see to remove yourself. (I have 6 “stuck”)  You will need to contact Zynga support via email, chat or twitter (see how here and here ) and ask them to “Clean up your neighbor list”. You may have to try a few times as many agents do not know how.


To find out why it is important to know if you have Ghost Neighbors and react to that click here. To find out about Zombie Neighbors that you CAN remove yourself click here.