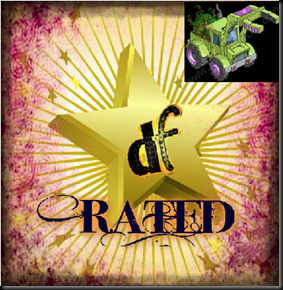 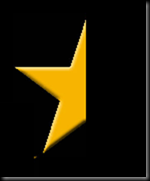 Rated a 1/2 of a Star out of 5 Stars by the Dirt farmer Team
With only one Dirt Farmer out of 10 giving this new Farm Aid a THUMB UP…We cannot recommend the Orchard Harvester.
Nearly all would agree the Tool could be a huge benefit to the avid TREE FARMER we can almost unanimously concur that is is overpriced versus the convenience it Brings.
Click here to see the DF Article on the Orchard harvester
Comments from the Dirt Farmer Team:


Heather Chew Quattrone 100FC per farm is out of price range for most players, not something I would ever use, if I do orchards manually, I rotate the trees, it prevents breeding them. Just saw in ASK that it can't be used on orchards in groves at all, why bother? changing to thumbs down. Would be useful for some I'm sure.
Gabý Gereige First 100 farm cash is a high price for something that should be allowed to be a coin item and for all players, secondly it's not that wow item to be honest, because even if you wanna use it to save time, you can only share 1 link with your friends... Its just a waste of money, item can not be stored and moved to another farm, and many players have orchards on almost all farms... But maybe if Zynga would allow it with coins and only 2 or 3 free patterns and giving the option to get the other patterns by paying FC, then yea it will be a more welcome item to have and place on farm, and players will be more happy!
Jason Creagan another great concept ruined by the execution. 100 farmcash- unrealistic pricing. another basic concept they miss- if you sell it for less, more people will buy it, hence more cash overall. and 100 cash for something you can't transfer and use elsewhere? only unwither rings perform a special enough function for that, and i'm really on the fence as to whether those are worth it when you factor in 250 x 11 farms and counting. and for anyone who breeds trees at all, the vehicle is basically worthless anyway, and who tends to spend the most cash (on average)? breeders. so go ahead and price your small time farmers out of it, and since breeders would probably for the most part not want it- leave a narrow group of people who would even care about it
Rob Torossian 100 farm cash is outlandish. Instead of scoring points and making it a chasis people could build and upgrade for a couple hundred vehicle parts they piss off the masses out the gate who have been longing for this thing. the fact that you'd need one for every farm only adds insult to injury and shows just how greedy and out of touch zynga is with their fan base. instead of releasing something with at least the room for acceptance by players, they ruin it just like they always do. Another nail in the harvester's coffin is like Heather mentioned, not being able to use it with orchards in groves. Between the over inflated price, lack of all farms usage and the missing grove aspect I couldn't give this thing a more resounding thumbs DOWN

Rina Levi Celikel Agreed with all the comments above. Its totally useless even if its free and for coins for tree breeders and people who play only for masteries and sharing like me.
Susan Henricksen not worth the money.. can do same actions by manually clicking on them urself..also, if u like to rotate trees to make more to share of a tree, or for mastering, then it's not for u either...
Jennifer O'Neill Would recommend to a very specific group ~ the independent farmer. If you are someone who plays the game to relax and unwind and sharing is not your main goal, where the amount of time you can devote to the game daily is limited ~ yet you still want to pursue mastery of trees this tool may be for you. If purchased during a 40% off FV cash sale, it would be 60 FV cash; not being able to use it on all your farms Is a drawback, however most players have their orchards focused on one farm. Excellent tool if you have spent the time upgrading to Super Orchards, can one click harvest multiple orchards every day … cutting down on pop ups and time. Definitely not for everyone, but may be the perfect tool for the independent farmer.
Prashanth Sarda Well, I vote it to be a bad attempt... Not because the idea is bad, but making it as a FC vehicle, similar to a combine, is what does not suit it, especially being that the vehicle can only be bought for a specific farm and not be transferred to any other, and also, you don't have option to build one with materials like a combine... Again, you also lose on having the opportunity to share multiple harvesting rewards with your friends... a good idea gone bad due to lack of planning on implementing it...
Ioana Anger 100 fc for 1 orchard harvester its way to much. It can't be stored or moved to a different farm, thumbs down for that, means you will need to buy one for each of your farms (I have orchards on 6-7 farms = 700 fc) again not worth it to me. Its not helping tree breeders that want to share that "new tree" with as many of their friends as possible. Maybe it started out as a good concept but to me right now its just looks like a bad idea and I wouldn't waster my fc on it.Would I change my mind if it was coins, yes definitely but like it is right now, NO, it doesn't help me as a tree breeder and it doesn't promote "social interaction" with your fellow farmers.