Farmville and Zynga have released the Quest Manager to our farms, it is an all new feature which gives you a concise location to view your current timed quests as well as adding a series of untimed quests for you to complete at your leisure. Check out the details below and please do share with friends if you find the post helpful.

The loading screen gives a hint at what is to come

When the feature is released to you you should see the following pop-up. 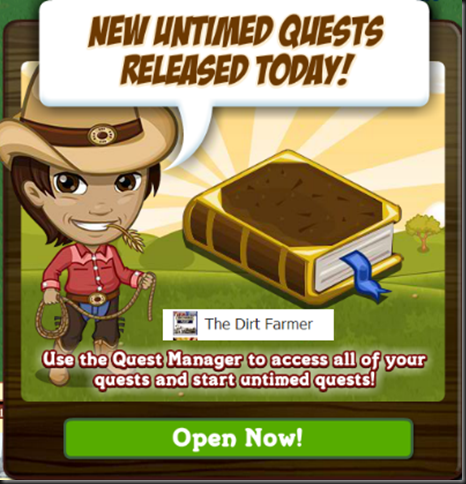 Clicking on “Open Now!” will give you your first view of the Quest Manager feature.
After the initial release pop-up, you will be able to access the Quest Manager via the below icon, circled in red, in the upper left corner of your screen.

Note: At this time separate icons for timed quests remain on the screen as well as shown. It is unknown at this time whether they will continue to do so in the long term, due to the fact that you can access timed quests from within the Quest Manager as well. 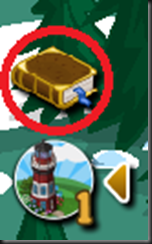 Opening the Quest Manager will bring up the following screen 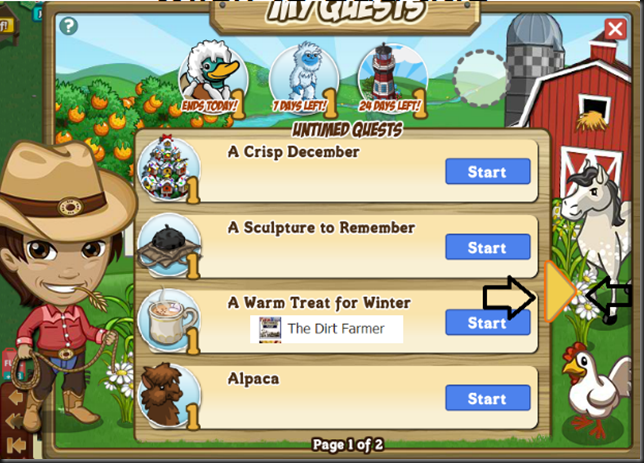 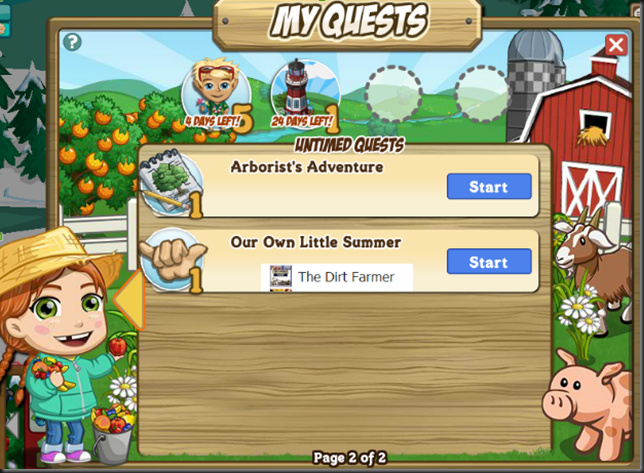 Timed quests currently active on your farm. appear at the top of the Quest Manager, with days remaining to complete them beneath the icon. Completed Timed Quests that you have not opted to repeat will not appear there.

If you click on a Quest Icon for one of your timed quests, it will bring up the same descriptive/progress pop-up that you would normally see from clicking on the quest icon at the left side of your screen. 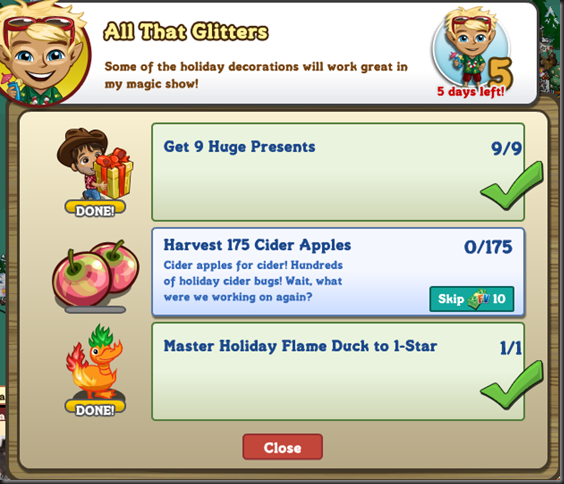 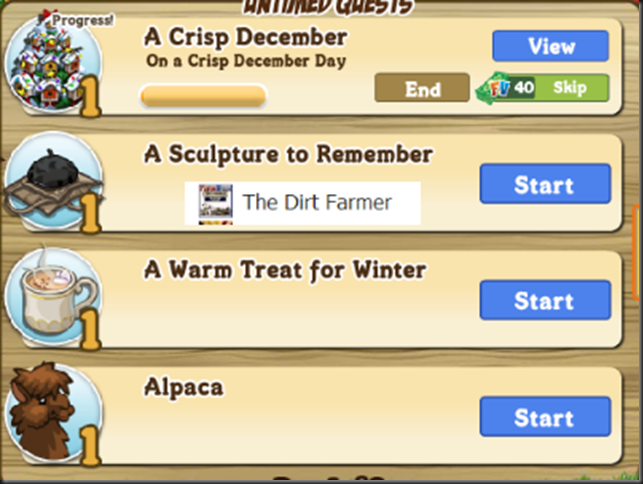 There are currently ten untimed quests to choose from – for links to quest guides to each of them please see the bottom of This Post.

If you wish to play one of the untimed quests, simply press the start button beside that quest.

Note: None of these quests are new. All of the untimed quests are quests that ran as timed quests over the past two years. Unless there is a prize that you missed that you are interested in or you simply enjoy the challenge of completing quests, you will not need to do these. They like everything else in the game are a choice.

Once you have pressed start, you will be prompted to wait for the quest to start 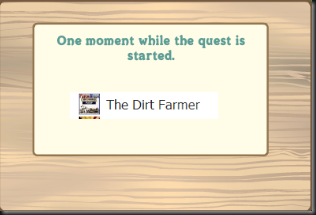 You will then get the familiar pop-ups with requirements 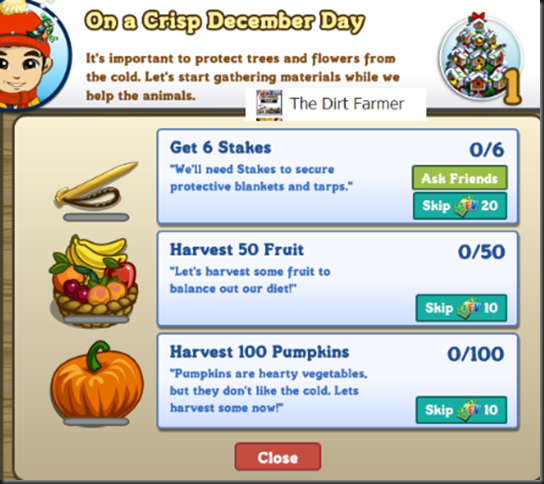 At any time while you have an untimed quest active you can view the requirements again by clicking “view” within the quest manager.

Or if you change your mind and do not wish to do it, you can click on “end” beside the quest. You will then get a confirmation pop-up asking if you are certain. 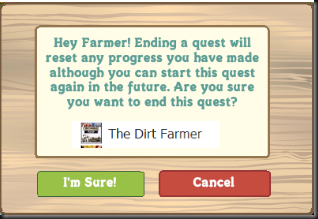 If you opt to end an untimed quest, and choose to do it again at a later time, you will be reset to step one. You will not return at the level you were when you chose to end it.

That sums up the new Quest Manager. What do you think? Will you be repeating prior years’ quests at your leisure? Will you use this feature to track time on your timed quests? For questions or discussion on this or any other Farmville related topic please join us in our discussion group on Facebook Ask The Dirt Farmer. Happy Farming!