Recently Farmville and Zynga have released a new cooperative feature to our games. The Farm Clubs are similar to the co-ops in that success depends on working together. The new twist is that you are not limited to your friends and neighbors. You can join with and compete against ALL farmers in the game. Check out the details below and please do share with friends if you find the post helpful.

Disclaimer - this feature is currently experiencing severe glitches with rewards not being granted and times inaccurate. This is how it should work when fixed. If anything should change when it is, this post will be updated.

First of all if you wish to participate in this feature you will need to be in a club. You can access clubs if they have been released to you, via the following icon above your neighbor bar.

When you click on the icon you will be given the option to create your own club or browse for one to join.

Creating your own club is a rather ambitious undertaking. It requires the accumulation of 150 parts via feed posts, alternatively it can be done for 150 FC.

If you do opt to start a club, there will be an option to make it public so anyone playing the game can join or private so only those you invite or those invited by other invited members can join. Only those clubs in the top 50% of harvests game wide will continue the next week, so it would seem prudent to maximize your members to get more total harvests.

The other options are to browse and join an existing public club or ask a friend to invite you to their private one. You can see where the club ranks and how many harvests are in prior to signing up.

When browsing public clubs, the join button will be a different color for those clubs started by your own friends and neighbors. Green for friends and blue for non friends.

According to the official guide in the Zynga community forums, the clubs must be done in order starting with stage 1 Sparkleberries. Well it does not seem to be working that way entirely. If you start a new club, it will indeed start with stage 1 Sparkleberries. You can join a club at any stage and it will unlock the crop. You must finish the round (6 days )  in a club to gain it’s prizes – a trophy and permanent license for the crop. You can join a club, master the crop and resign and join another within the same week. You will only retain the license and get the trophy for the last club of the week (as long as that club is in the winning percentage – more on that later)

For example this Dirt Farmer joined a Pricklepears club when the feature was released to me. I mastered Pricklepears, resigned the club and joined a Sparkleberries club. When I resigned the Pricklepears club, the crop was again locked to me. When the club week finished, I got the trophy and permanent license for Sparkleberries – even though I was in that club for only two days vs.  four days for Pricklepears. Another tester planted Sparkleberries in a club and stopped short of the first mastery star, but remained in the club until it finished and also got the license and trophy. The key is to remain in the club until it ends if you wish to keep the crop – mastery and order seem irrelevant.

This means you have a choice to “Play it your way” If you are in a hurry and just wish to master crops, you can master multiples in a week’s time by joining and resigning different clubs. If you are competitive and wish to focus on winning the club competition or simply just wish to keep the crops for more convenient times if they become quest alternatives or you use them for bushels (club crops give the same bushel as corresponding normal crops, but at the 4x rate of super crops) – simply stay in the club until it ends.

While browsing you will see clubs with millions of harvests in. How is that possible? Well it’s pretty simple actually, certain members of the club have a weighted rank 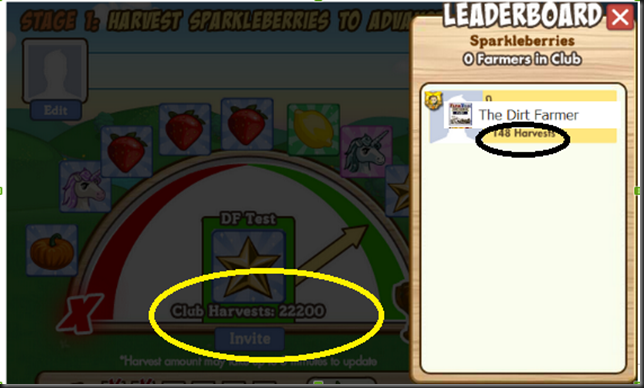 Each week those clubs that finish in the top 50% of harvests among all clubs will continue and the members who finish the week in the club will receive the trophy and permanent license for that crop. You can check your progress and contributions along the way.

On the right of the club screen upon clicking the icon you will see how many you have harvested so far. 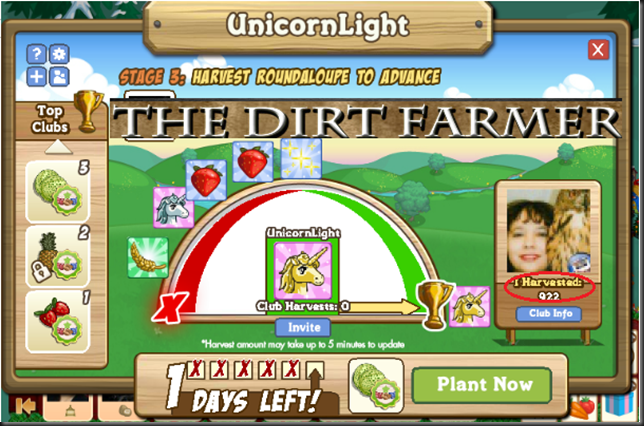 By clicking on “club info” under your profile picture you can see how you rank within your club. 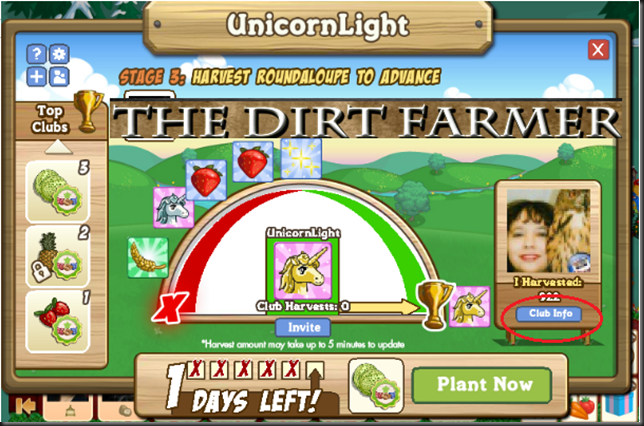 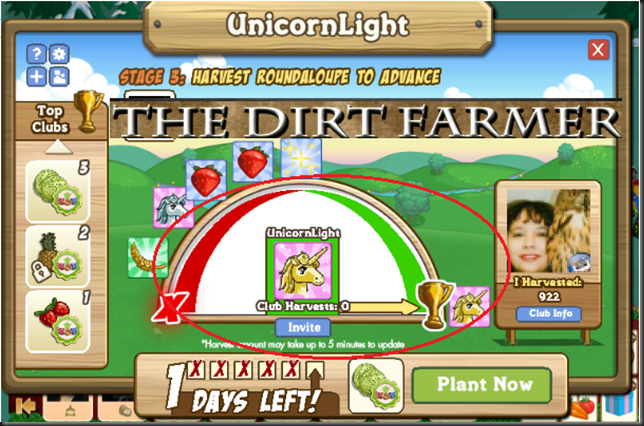 Finally, by clicking on the icon for your current crop at the left of the screen, you can see leaderboards for all clubs working on that crop. 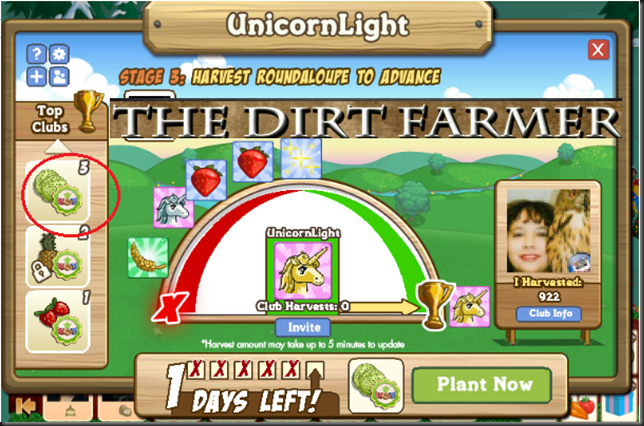 When you complete a club round in the top 50%  the crop will remain unlocked, the trophy for it will be in your gift box and you will get the following popup 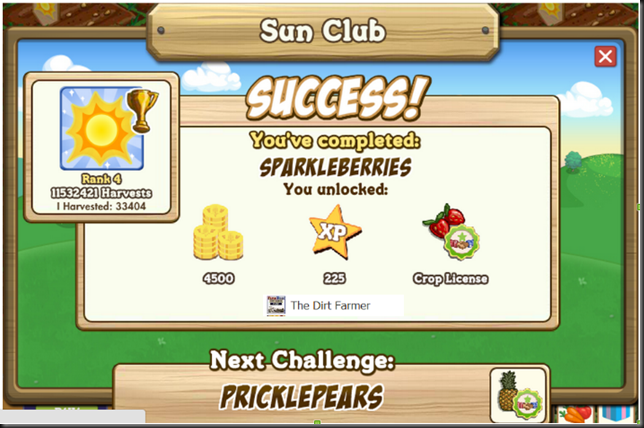