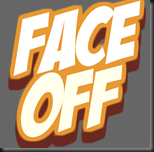 Zynga will soon be introducing an all new feature to our farms, the Face Off. Combining elements of a voting event with those of a contest and escapade it will be an all new way to compete for prizes. Check out the details below and please share with friends if you find the post helpful.
The Face Off event is the first of its kind and will consist of seven timed stages. For each stage you choose the prize you wish to win and vote on it and request help from your friends. If the prize you choose receives the most votes from all farmers you will get to keep one! If not you will be awarded a consolation prize. You can “pile on” to your friends’ campaign to win the item of their choice by voting and ask them to do the same for you. 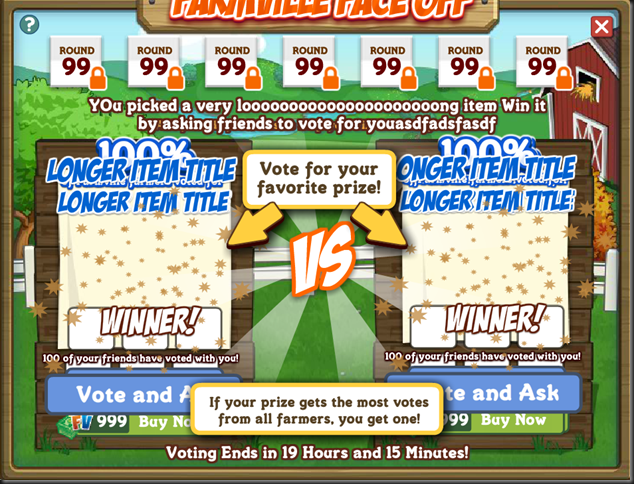 As each stage completes you will get the following popup indicating whether you have won the prize of your choice or the consolation prize. If you do not win, you have the opportunity to purchase your prize of choice or the opposite prize for Farm Cash. 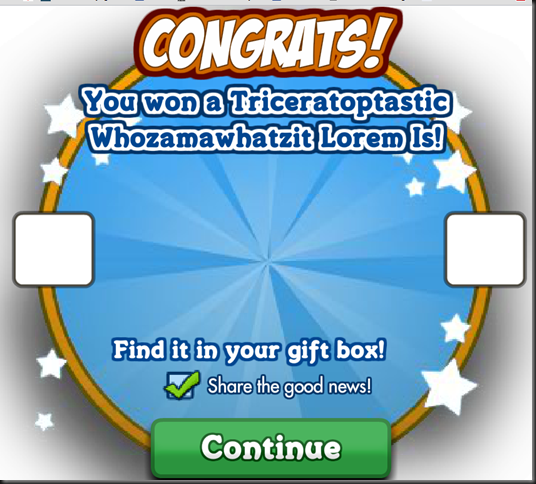 The Face Off Feature is currently coded to run from 7th November to 21st November. These dates may change at Zynga’s discretion. 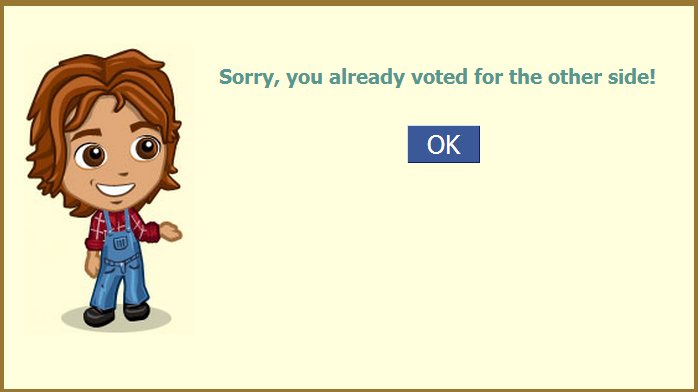 What do you think? Will you be participating in the Face Off and asking for votes and helping your friends? Stay tuned for more information as it becomes available.