Farmville Bans Players caught in Cash Hack Scam: We have the FACTS 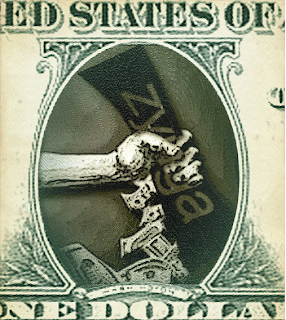 Farmville Bans Top Players caught in Cash Hack Scam!!!
If you keep up with Farmville news by now you may have come to realize that some of your Friends have been banished from Farmville. Since the first ban the rumors have been flying...The stories have been emotionalized and the Fingers are being pointed. We have reached out to all side to try to bring you the facts. Here is what we know
Several Months Ago...An elite group of friends and associates with a wide array of computer skills decided to try to find a way to "hack" FVCash for free.
Two and a Half Months Ago...A "glitch" was discovered in FV Mobile that could allow players to "take" as much FVCash as they wanted. The only limit would be the 999,999 limit that your Farm can hold.
By downloading a specifically designed APP onto you iphone or ipad you would Jailbroke your phone and turn it into a FV Cash Maker...If you had no iphone then you would have to give your password to a Friend who did and they could "make" the FVCash for you
At this point the top "hackers" were already hearing rumblings of the event. Word was getting out and the secret was becoming known. Purely speculation, but this may be where Zynga also became aware.
September 12th, 2011...The "hack" was activated and soon a set of "HOW TO" instructions started circulating throughout Facebook's FV Community. Thousands of Players...posibly tens of thousands or more...Started "making" as much free FVCash as they could.
At this point...Several notable hacker websites began posting warnings to anyone using the hack. Several of the most notorious game hacker sites on the internet refused to post the How To info. Unknown if they knew it was a trap...or they already knew the users were being tracked...or simply that this hack was actually stealing something worth real money and that this hack could be considered a criminal act.
Within 6 to 8 hours after it's activation...The hack was patched by Zynga and players could no longer loot the FVCash.
September 13th, 2011...For once Zynga didn't waste anytime. They had patched the FVCash hack,,,Traced any and all who participated and put a "temporary" ban on their FARMS pending a full review.

Once Farmer's started loading their Farms to spend all their free FVCash...They found they no longer had access to their Farms. I know how I would feel...2 years of time and countless dollars down the drain. Then the protests begin. The outrage of loosing their farm no matter what their degree of guilt.
One such organized protest can be found at the link below
http://www.facebook.com/event.php?eid=173662129378993
We have to understand...The farmer's who used this hack had a variety of different reasons. Some wanted a few extra FVCash to use on their Farms...Others wanted to steal as much as they could to "stick it" to Zynga...Even those who helped to create the hack probably just wanted to help their Friends...I'm afraid there were more than a few who may have exploited the hack for personal gain. They could have hoarded 999,999 FV$ and sold FV Gifts to players on ebay or thru Pay Pal for years. That Unwither Ring costs 250 FV$ ($45.55 US)...So you send them $25 and they send you an Unwither Ring. Anyone who would have done that would be a flat out crook.
It is my personal opinion, after a few conversations with some of the players involved in starting the hack, that it was purely driven by a desire to help others. Computer wizards who want to get rich would hack a bank or a casino...Gamer Hackers, especially social gamer hackers, seem to be more driven to give what they take. Like a modern Day computerized Robin Hood. Stealing from the rich Zynga to spread the wealth with the poor (That's us).
My heart especially goes out to the Farmer's who just jumped on the Band Wagon. They were also banned. Whether an experienced game hacker or a novice, nearly everyone I have seen that was banned was an exceptional elite FV Player. Daily and Dedicated Players at the highest levels of FV. Most were Guru's of the game who had helped novice players with mentoring and advice. At this point ALL under the temporary ban.
September 14th, 2011...More than 24 hours after the Bans went into place we began to see comments from the banned players. Some had already opened a second facebook account and a new farm. Basically starting all over on Level 1.
A few were still vowing to fight the ban. Swearing to demand review after review...Still adamant of their innocence.
Others had said farewell and decided to leave FV for good...That was really sad to see...Folks who were Masters of the game when I was just a rookie.
Just a handful had been given a second chance...Not by Zynga...Rather by "retired" Farmer's who had no need for their Farms...Level 200+ Farms that had been abandoned were given to a few few banned players by their Friends. Doesn't that show the essence of this game?
Then the rumors started...This is Farmville and facebook so it didn't take long for the scuttlebutt to supersize the situation. Here is what we know...
The Hack did not charge FVCash to innocent peoples Credit Cards...From what I understand it simply "tricked" Zynga's billing system into thinking that payment had been made
We do not know whether Zynga will pursue criminal charges for the theft...However, assuming someone did max out the 999,999 FV$, that's nearly $150,000 US in real money...Which is grand larceny over interstate communications lines. Any US citizen could, theoretically, face a minimum of 15 years in a Federal Prison. Non US residents may face a felony restriction banning them from traveling to the US or face a felony warrant upon arrival on US soil. Kinda scary outcome just because you wanted that 32x32 Expansion just so you could grow fake Turnips
As far as the TEMPORARY BAN...I was privy to a communique between Zynga and one of the banned Farmers...After his/her 2nd Review it was determined that their TEMPORARY BAN would be lifted on September 15th, 2021...yes...Ten years from now they can have their Farm back. If I miss one Horse I'd QUIT
For the Banned Farmer's Screaming their innocence...sorry...The only way to have used the hack, without doing it yourself, would be for you to have given someone your password so they could hack onto your account for you. The only way you would have given someone your password would be for them to hack the FVCash for you. The only exception I can see is that if a really close friend already had your password for other reasons and they used the Hack on your farm without you knowing.
As of this writing...We know a majority, if not all, of the banned Farms are still down...The Players who were banned may still be Farming on new Farms or Dummy Accounts.
The iphone jailbroke Farmville Cash Hack has been closed...So don't bother googling it
What really gets me is the relativity of the situation. The most dirty rotten notorious cheater hackers on Farmville are really good people. They are not criminals...They dont kill people...They dont rob banks or break legs...They are kids who like finding ways to make free virtual stuff for their friends...They are mothers who may love Farmville but can't afford to take money from their family to spend on a game...They are elderly or disabled who are shut ins and play 24 hours a day and make connections on facebook and other gaming sites...In other words...The worst cheaters on farmville are still some of the best people you could ever know.
I hope someone at Zynga takes the time to read this...Most of the players banned are some of the same people that spur interest in the games you make. I totally understand the unethical aspect of the hack and I'd be mad as hell too...Wouldn't it be great if cooler heads prevailed...Zynga unbanned the Farms and those players never cheated again