© Copyright 2014 The Dirt Farmer - All Rights Reserved. Most images courtesy of Zynga Farmville. Powered by Blogger.
Home » DF News and Views » The Politics of Farmville...Are Battle Lines being drawn? (RE-POSTED)

The Politics of Farmville...Are Battle Lines being drawn? (RE-POSTED)

This article has been re-posted with updates from a previous Dirt Farmer note:
I really hate to admit it...But after a year of playing a "fun" game like Farmville has only solidified my belief that human beings are driven by an innate obsession for conflict and segregation...Much like real world politics...Farmville players are choosing sides...
On the EXTREME LEFT are the Cheaters...Using SNAG BARS and BOTS to make their game a one click exploit...Even using programs that re-write code to manipulate the game...Just to point out how BAD Cheating really effects...Have you ever noticed that just days after a Major Glitch or Bug is exploited we have serious Global OOS and Loading issues...?
On the EXTREME RIGHT are the "Fair Play Nazi's"...YES I said Nazi's...Extreme Facists who would demand you bend to their way of thinking...People who will delete you just because your name is on "THE LIST"...Even though this List is most often stocked with FV Approved game aids...Even though you may not even know what a SNAG BAR is...And please...Don't think I'm calling you a Fair Play Nazi just because you don't cheat...That's not it at all...I just don't believe it's right to go on a "Witch Hunt" and persocute people for no good reason...An Independent Farmer doesn't CHEAT...We just don't put on virtual white hoods and try to bully our Friends
Stuck in the MIDDLE...The rest of us...Players who don't use CHEATS and who don't DELETE our Friends for being on a list...We understand both points of view...We also understand the EXTREME's of both are just as TOXIC to Farmville Game Play...
I am proclaiming myself an INDEPENDENT FARMER...I will not Cheat nor will I go on a Witch Hunt to delete friends...I will take a stand against auto-collectors when I see their posts...I will make an effort to educate the Fair Play Nazi's when I can...And NO...I will not DELETE a Fair Play Nazi...That would be a little to hypocritical...There seems to be enough of that going around these days...
Let's look at the facts:
1. Not all players who "liked" a site like Gamer's Unite use the Snag Bar
2. Gamer's Unite is only one of several sites that offer you a Snag Tool or easy click option
3. "Bonus Collectors" are on "THE LIST"...Even though they DO NOT snag items away from those who see them on the feed...I'd call this a "Garbage Collector" if anything...You will hardly EVER find a RARE item on Bonus Collector...If anything you may find a few nails...water cans...maybe even a collection piece that have been sitting on the news feed Un-claimed for hours...I don't like seeing MY posts being wasted...If someone gets a Water Can I posted 3 hours ago on Bonus Collector...Good for them
4. The Snag Bars are annoying...The thought of Greedy Bastards grabbing everything in site fires me up too...Let's not forget the real menace...Cloners and Bots who manipulate the game code are wrecking havoc on the game itself...It's kinda like taking a sledge hammer and digging holes in the road...Then wondering why the ride is so bumpy
5. Now it seems the Fair Play Freaks not only want you to delete Cheaters...They also want you to delete ANYONE who doesn't share their Philosophy...They even publish lists of FV Fan sites that only post information and not cheats...And if you "like" that page...They gang up on you and delete you...Funny thing...The only site NOT on their banned list is their own...Makes you wonder???
Although this seems to be the biggest divide among the World of Farmville there are others...Some favor the 125 Limit and some oppose it...Funny...This issue also has to do with the Cheaters...Another issue...The people who fall for SCAMS and the folks who don't want their walls spammed...I am sure there will be many more issues...I am also sure Zynga is loving the "in-fighting"...It's a win-win for them
In closing...No matter what I've said here today...YOU have to make your own decisions on how YOU play the game and how YOU treat your Friends...Do you want to CHEAT...?...Do you want to hound your Friends like a facist...?...Or do you want to PLAY THE GAME.
Your Game is YOURS...Not Theirs...NEVER forget that!!!
Thanks for Listening
Locke...The Dirt Farmer 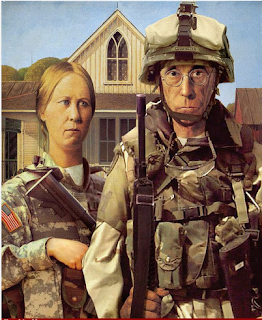